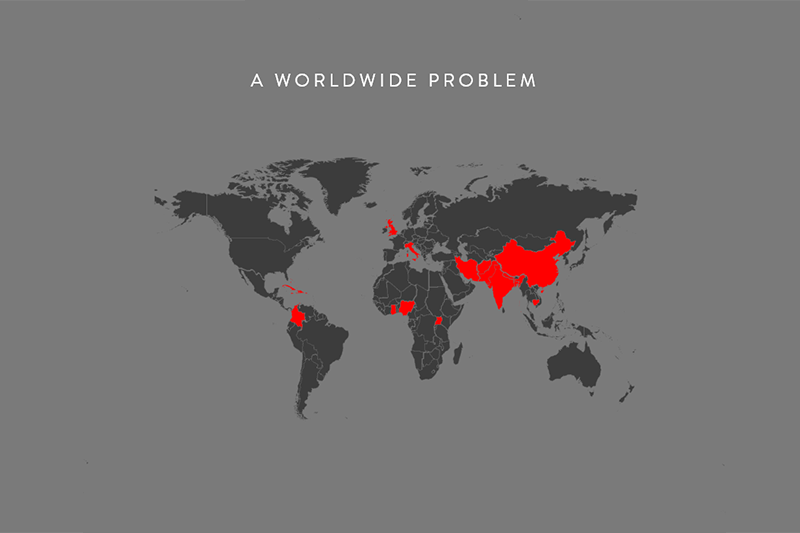 Acid attacks happen across the world and it affects women disproportionally. Although it is also unacceptable when acid violence occurs against men, acid violence is a form of violence that has a disproportionate impact on women. It reflects and perpetuates discrimination of women and girls in society, as such it is prohibited by international law. However, all too often it’s a crime that goes unreported and unpunished: survivors of acid attacks live in fear of reprisals for reporting the attack.

Per capita the UK has one of the highest rates of recorded acid attacks in the world. In 2016, in London alone, corrosive substances were used in 454 crimes, compared to 261 in 2015, according to London Police figures. Anecdotal evidence suggests that many of the attacks are part of gang related activities and that acid is becoming the weapon of choice. The UK does not have tight controls on the sale of acid and nor does it have legislation specific to acid attacks. ASTI has campaigned for tighter controls on the sale of acid and a review of sentencing. In the UK, unlike many countries, men make up the majority of victims. Men also tend to be the perpetrators.

Attacks involving acid or other corrosive substances have increased by more than two and a half times the figure from 5 years ago. (2012-2016) 228 recorded crimes in 2012 to 601 in 2016
2011-1016 – there were more male victims than female victims… male victims were more than double that of female
Most acid attack crimes happened in London, where over 1,200 cases were recorded over the past 5 years. From 2011-1016 there were 1,464 crimes involving acid or corrosive substance
Northumbria recorded the second highest with 109 recorded attacks, Cambridgeshire had 69 attacks, Hertfordshire 67, Greater Manchester 57 and Humberside 52
Of the 2078 acid attack crimes recorded for the years 2011-2016 only 414 of those crimes resulted in charges being brought.

I think this is definitely a case of ‘import the people, import the problem’ I have on many occasions expressed the politically incorrect opinion that social problems are DEMOGRAPHIC, NOT GEOGRAPHIC! If were were to section off 100sq miles of wasteland in Africa and move 100,000 indigenous Europeans there, in a few decades, there would be law and order, beautiful buildings and an infrastructure. Sadly, the same CANNOT be said the other way round, like it or not………that is FACT!