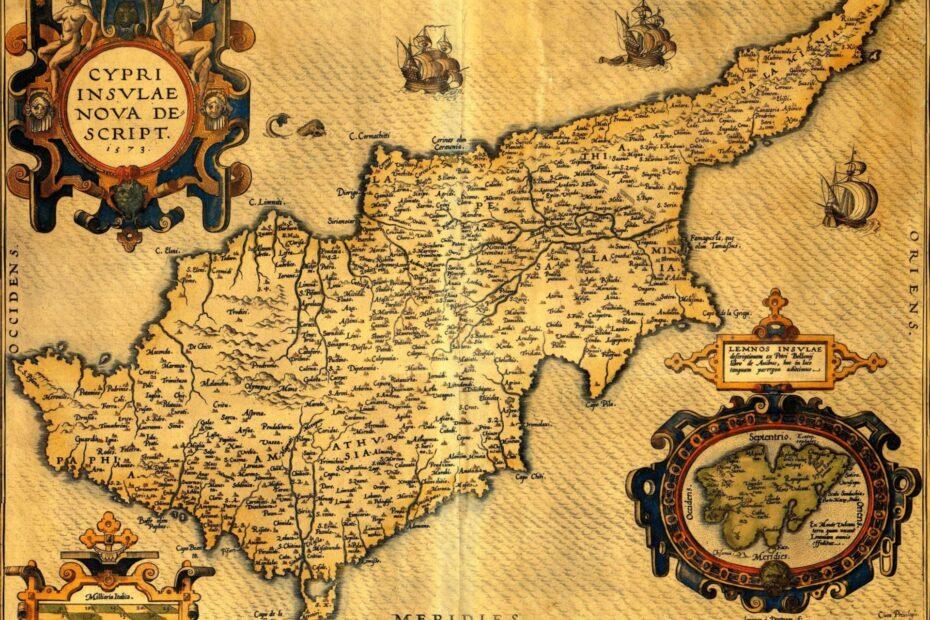 Human habitation of Cyprus dates back to the Paleolithic era. Cyprus’s geographic position has caused Cyprus to be influenced by differing Eastern Mediterranean civilisations over the millennia.

Periods of Cyprus’s history from 1050 BC have been named according to styles of pottery found as follows:

Cyprus was settled by humans in the Paleolithic period (known as the stone age) who coexisted with various dwarf animal species, such as dwarf elephants (Elephas cypriotes) and pygmy hippos (Hippopotamus minor) well into the Holocene. There are claims of an association of this fauna with artifacts of Epipalaeolithic foragers at Aetokremnos near Limassol on the southern coast of Cyprus. The first undisputed settlement occurred in the 9th (or perhaps 10th) millennium BC from the Levant. The first settlers were agriculturalists of the so-called PPNB (pre-pottery Neolithic B) era, but did not yet produce pottery (aceramic Neolithic).

The dog, sheep, goats and possibly cattle and pigs were introduced, as well as numerous wild animals such as foxes (Vulpes vulpes) and Persian fallow deer (Dama mesopotamica) that were previously unknown on the island. The PPNB settlers built round houses with floors made of terrazzo of burned lime (e.g. Kastros, Shillourokambos) and cultivated einkorn and emmer. Pigs, sheep, goats and cattle were kept but remained, for the most part, behaviourally wild. Evidence of cattle such as that attested at Shillourokambos is rare, and when they apparently died out in the course of the 8th millennium they were not re-introduced until the ceramic Neolithic.

In the 6th millennium BC, the aceramic Khirokitia culture was characterised by roundhouses, stone vessels and an economy based on sheep, goats and pigs. Cattle were unknown, and Persian fallow deer were hunted. This was followed by the ceramic Sotira phase. The Eneolithic era is characterised by stone figurines with spread arms.

Water wells discovered by archaeologists in western Cyprus are believed to be among the oldest in the world, dated at 9,000 to 10,500 years old, putting them in the Stone Age. They are said to show the sophistication of early settlers, and their heightened appreciation for the environment.

In 2004, the remains of an 8-month-old cat were discovered buried with its human owner at a Neolithic archeological site in Cyprus. The grave is estimated to be 9,500 years old, predating Egyptian civilization and pushing back the earliest known feline-human association significantly.

In the Bronze Age the first cities, such as Enkomi, were built. Systematic copper mining began, and this resource was widely traded. Mycenaean Greeks were undoubtedly inhabiting Cyprus from the late stage of the Bronze Age, while the island’s Greek name is already attested from the 15th century BC in the Linear B script.

The Cypriot syllabic script was first used in early phases of the late Bronze Age (LCIB) and continued in use for ca. 500 years into the LC IIIB, maybe up to the second half of the eleventh century BC. Most scholars believe it was used for a native Cypriot language (Eteocypriot) that survived until the 4th century BC, but the actual proofs for this are scant, as the tablets still have not been completely deciphered.

The LCIIC (1300–1200 BC) was a time of local prosperity. Cities such as Enkomi were rebuilt on a rectangular grid plan, where the town gates correspond to the grid axes and numerous grand buildings front the street system or newly founded. Great official buildings constructed from ashlar masonry point to increased social hierarchisation and control. Some of these buildings contain facilities for processing and storing olive oil, such as Maroni-Vournes and Building X at Kalavassos-Ayios Dhimitrios. A Sanctuary with a horned altar constructed from ashlar masonry has been found at Myrtou-Pigadhes, other temples have been located at Enkomi, Kition and Kouklia (Palaepaphos). Both the regular layout of the cities and the new masonry techniques find their closest parallels in Syria, especially in Ugarit (modern Ras Shamra). Rectangular corbelled tombs point to close contacts with Syria and Palestine as well.

The practice of writing spread and tablets in the Cypriot syllabic script have been found at Ras Shamra which was the Phoenician city of Ugarit. Ugaritic texts from Ras Shamra and Enkomi mention Ya, the Assyrian name of Cyprus, that thus seems to have been in use already in the late Bronze Age.

Copper ingots shaped like oxhides have been recovered from shipwrecks such as at Ulu Burun, Iria and Cape Gelidonya which attest to the widespread metal trade. Weights in the shape of animals found in Enkomi and Kalavassos follow the Syro-Palestinian, Mesopotamian, Hittite and Aegean standards and thus attest to the wide-ranging trade as well.

Late Bronze Age Cyprus was a part of the Hittite empire but was a client state and as such was not invaded but rather merely part of the empire by association and governed by the ruling kings of Ugarit. As such Cyprus was essentially “left alone with little intervention in Cypriot affairs”. However, during the reign of Tudhaliya, the island was briefly invaded by the Hittites for either reasons of securing the copper resource or as a way of preventing piracy. Shortly afterwards the island was reconquered by his son around 1200 BC.

Although Achaean Greeks were living in Cyprus from the 14th century, most of them inhabited the island after the Trojan war. Achaeans were colonizing Cyprus from 1210 to 1000 BC. Dorian Greeks arrived around 1100 BC and, unlike the pattern on the Greek mainland, the evidence suggests that they settled on Cyprus peacefully.

Another wave of Greek settlement is believed to have taken place in the following century (LCIIIB, 1100–1050), indicated, among other things, by a new type of graves (long dromoi) and Mycenaean influences in pottery decoration.

In the later phase of the late Bronze Age (LCIIIA, 1200–1100 BC) great amounts of ‘Mycenaean’ IIIC:1b pottery were produced locally. New architectural features include cyclopean walls, found on the Greek mainland, as well and a certain type of rectangular stepped capitals, endemic on Cyprus. Chamber tombs are given up in favour of shaft graves. Large amounts of IIIC:1b pottery are found in Palestine during this period as well. While this was formerly interpreted as evidence of an invasion (‘Sea Peoples’), this is seen more and more as an indigenous development, triggered by increasing trade relations with Cyprus and Crete. Evidence of early trade with Crete is found in archaeological recovery on Cyprus of pottery from Cydonia, a powerful urban centre of ancient Crete.

Most authors claim that the Cypriot city kingdoms, first described in written sources in the 8th century BC were already founded in the 11th century BC. Other scholars see a slow process of increasing social complexity between the 12th and the 8th centuries, based on a network of chiefdoms. In the 8th century (geometric period) the number of settlements increases sharply and monumental tombs, like the ‘Royal’ tombs of Salamis appear for the first time. This could be a better indication for the appearance of the Cypriot kingdoms

Foundations myths documented by classical authors connect the foundation of numerous Cypriot towns with immigrant Greek heroes in the wake of the Trojan war. For example, Teucer, brother of Aias was supposed to have founded Salamis, and the Arcadian Agapenor of Tegea to have replaced the native ruler Kinyras and to have founded Paphos. Some scholars see this a memory of a Greek colonisation already in the 11th century. In the 11th century tomb 49 from Palaepaphos-Skales three bronze obeloi with inscriptions in Cypriot syllabic script have been found, one of which bears the name of Opheltas. This is first indication of the use of Greek language on the island.

Cremation as a burial rite is seen as a Greek introduction as well. The first cremation burial in Bronze vessels has been found at Kourion-Kaloriziki, tomb 40, dated to the first half of the 11th century (LCIIIB). The shaft grave contained two bronze rod tripod stands, the remains of a shield and a golden sceptre as well. Formerly seen as the Royal grave of first Argive founders of Kourion, it is now interpreted as the tomb of a native Cypriot or a Phoenician prince. The cloisonné enamelling of the sceptre head with the two falcons surmounting it has no parallels in the Aegean, but shows a strong Egyptian influence.