Cyprus – A road-map for the future 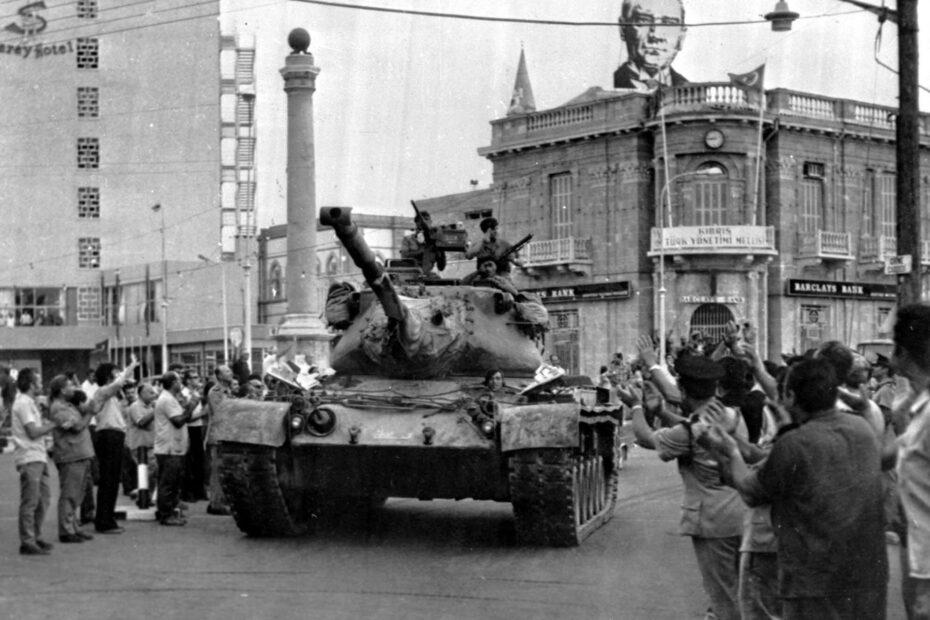 In this article, I wish to convey my personal opinion on the way forward for our island.

The first Briton who was placed in charge of the administration was given the title of “High Commissioner” and was Lieutenant-General Sir Garnet Joseph Wolseley (1833–1913). The British faced a major political problem on the island. The indigenous Cypriots believed it their natural right to unite the island with Greece following the collapse of the Ottoman Empire. The British authorities carried out the first census in 1881, the total population of Cyprus was 186,173, of whom 137,631 (73.9%) were Greeks, 45,438 (24.4%) were Turks and 3,084 (1.7%) were minorities of Maronites, Latins and Armenians.[2] Bishop of Kitium Kyprianos addressed Sir Garnet Joseph Wolseley upon his arrival in Larnaca in a speech on the 22nd of July 1878 saying “We (Greeks) accept the change of the government, because we believe that Great Britain will eventually help Cyprus, just like with the Ionian islands, unite Cyprus with mother Greece”.[3]

While the Cypriots at first welcomed British rule hoping that they would gradually achieve prosperity, democracy and national liberation, they became disillusioned. The British imposed heavy taxes to cover the compensation which they were paying to the Sultan for having conceded Cyprus to them. Moreover, the people were not given the right to participate in the administration of the island, since all powers were reserved to the High Commissioner and to London.

The Akritas plan (Greek: Σχέδιο Ακρίτας, Turkish: Akritas Planı) was created in 1963 by the Greek Cypriot part of the government of Cyprus with the ultimate aim of weakening the Turkish Cypriot wing of the Cypriot government and then uniting (Enosis) Cyprus with Greece.[1]

Background to the plan
In 1878 as a result of the Cyprus Convention, the United Kingdom received as a protectorate the island of Cyprus from the Ottoman Empire, in exchange for the United Kingdom’s military support to the Ottoman Empire if Russia would attempt to take possession of territories of the Ottomans in Asia.[2] Britain then administered Cyprus until 1960. In 1955, a Greek Cypriot paramilitary organization called EOKA declared a rebellion of the entire Greek population (except for the communists) of the island to expel the British forces from the island and unite with Greece on the ground of self-determination of the inhabitants, and launched an armed struggle to achieve this aim, called enosis.[3] This caused a “Crete syndrome” within the Turkish Cypriot community, as its members feared that they would be forced to leave the island like the Cretan Turks; as such, they preferred the continuation of the British rule and later, taksim, the division of the island. Due to the Turkish Cypriots’ support for the British, the EOKA leader Georgios Grivas declared them an enemy. With the support of Turkey, which favored a policy of partition, the Turkish Cypriots formed the Turkish Resistance Organization.[4]

In 1960, the British gave in and turned power over to the Greek and Turkish Cypriots. A power sharing constitution was created for the new Republic of Cyprus which included both Turkish and Greek Cypriots holding power in the government. Three treaties were written up to guarantee the integrity and security of the new republic: the Treaty of Establishment, the Treaty of Guarantee, and the Treaty of Alliance. According to the constitution, Cyprus was to become an independent republic with a Greek Cypriot president and a Turkish Cypriot vice-president with full power sharing between Turkish and Greek Cypriots.[5]

Formation and aims
The Akritas plan was drawn by the minister of the interior, Polycarpos Georgadjis.[6] It is not known to what extent President Archbishop Makarios was committed to the plan.[7] The plan’s course of action was to persuade the world community that too many rights had been given to the Turkish Cypriots and that the constitution had to be rewritten if the government was to be workable. Britain and the US had to be convinced that the Turkish Cypriots did not have to be afraid of Greek Cypriot political dominance in the island.

The next step of the plan was to cancel international treaties that existed to safeguard the republic, including the Treaty of Guarantee and the Treaty of Alliance. If a way could be found to dissolve the treaties legally, union with Greece would be possible. The treaties had been put into place by Britain, Greece and Turkey to safeguard the republic and to protect the rights of the Greek and Turkish Cypriots.

The plan stated that if the Turkish Cypriots resisted the changes and “attempted to block them by force”, they should be “violently subjugated before foreign powers could intervene”.[8] The ultimate aim was to change the constitution unilaterally.[9]

In November 1963, Greek Cypriot leader Makarios made a 13 point proposal to make the constitution more workable, which were rejected by the Turkish Cypriot Leadership on 16 December 1963. It said that the proposed amendments would undermine the constitution and weaken the Turkish Cypriot wing of the government[citation needed]. These proposals were allegedly a part of the plan.[10]

Between 21 and 22 December 1963, up to 133 Turkish Cypriots were killed by Greek Cypriots in what became known by Turkish Cypriots as Bloody Christmas.[11] About a quarter of the Turkish Cypriots, some 25,000 or so, subsequently fled their homes and lands and moved into enclaves.[12][13][14]

Key themes and elements of the Akritas plan
According to the copy of the plan leaked to the pro-Grivas Greek Cypriot newspaper[15] Patris, the plan consisted of two main sections, one delineating external tactics to be employed, and the other delineating internal tactics. The external tactics pointed to the Treaty of Guarantee as the first objective of an attack, with the statement that it was no longer recognized by Greek Cypriots. If the Treaty of Guarantee was abolished, there would be no legal roadblocks to enosis, which would happen through a plebiscite.[16]

Controversy and opinions
Greek Cypriot sources have accepted the authenticity of the Akritas plan, but controversy regarding its significance and implications persists.[17] It is a subject of debate whether the plan was actually implemented by President Makarios. Frank Hoffmeister wrote that the similarity of the military and political actions foreseen in the plan and undertaken in reality was “striking”.[6] According to Paul Sant-Cassia, the plan “purported to project a plan at ethnic cleansing”, which was in parallel to the Turkish Cypriot perception that the events of 1963-64 were part of a policy of extermination.[18]

Turkish Cypriot nationalistic narratives have presented the plan as a “blueprint for genocide”[17] and it is widely perceived as a plan for extermination in the Turkish Cypriot community.[19] The Turkish Ministry of Foreign Affairs calls the plan a “conspiracy to dissolve the Republic of Cyprus, in pre-determined stages and methods, and to bring about the union of Cyprus with Greece”.[20] According to scholar Niyazi Kızılyürek, however, the meaning later given to this plan was disproportionate and the plan was a “stupid” and impractical plan that got more attention than it deserved due to propaganda. He claimed that, in accordance to the plan, ELDYK troops should have taken action, which was not the case and led to Georgadjis shouting “traitors!” in front of their camp.[19] Calling the plan “infamous”, scholar Evanthis Hatzivassiliou wrote that the aim of quick victory indicated the “confusion and wishful thinking of the Greek Cypriot side at that crucial moment”.

Cyprus is and always has been an island nation, with a demographic that has evolved continually after more than two thousand years of occupation by foreign powers. It is an irony, that this island race has a unique character and culture as a result of this, yet it is the aspiration towards nations beyond the shores of Cyprus which was nurtured by the British and every time a Cypriot aspires to be anything other than Cypriot, they are exacerbating divisions that were created by others, for the benefit of others. If the people of Cyprus could have the fortitude and foresight to stand up and be counted as CYPRIOTS in  CYPRIOT NATION, the divisions would begin to heal. The solution will never come from the politicians, it must come from the people, when the people speak out “en-mass” the politicians are powerless to stop them!