The conspiracy against E-Cigarettes? 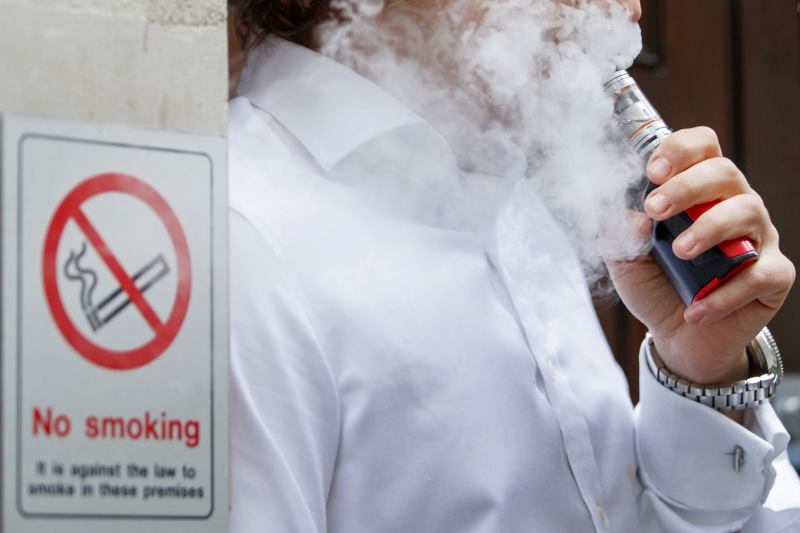 Although not harmless, the evidence is unequivocal that vaping is much safer than smoking. But misinformation and scaremongering could still be putting people off switching.

Search for the term ‘vaping’ online and you’d be forgiven for thinking that it is an activity fraught with risks. The top stories relate to health problems, explosions and that vaping leads to smoking in teenagers. For the average smoker seeking information on vaping, a quick internet search offers little reassurance. Might as well continue smoking, the headlines imply, if these products are so dangerous.

But the reality is that they are not. In the past year, more than any other, the evidence that using an e-cigarette is far safer than smoking has continued to accumulate. 2017 saw the publication of the first longer term study of vaping, comparing toxicant exposure between people who’d stopped smoking and used the products for an average of 16 months, compared with those who continued to smoke. Funded by Cancer Research UK, the study found large reductions in carcinogens and other toxic compounds in vapers compared with smokers, but only if the user had stopped smoking completely. A further recent study compared toxicants in vapour and smoke that can cause cancer, and estimated excess cancer risk over a lifetime from smoking cigarettes or vaping. Most of the available data on e-cigarettes in this study suggested a cancer risk from vaping around 1% of that from smoking.

E-cigarettes are less harmful than smoking because they don’t contain tobacco. Inhaling burnt tobacco – but also chewing it – is hugely damaging to human health. Remove the tobacco and the combustion and it is hardly surprising that risk is reduced. That doesn’t mean e-cigarettes are harmless. But it does mean that we can be relatively confident that switching from smoking to vaping will have health benefits.

These new studies and others have influenced policy, at least in the UK. In England, a broad consensus endorsed by many health organisations has existed since 2016 encouraging smokers to try vaping. This year additional organisations, like the Royal College of General Practitioners and the British Medical Association issued new reports also pointing to e-cigarettes as a positive choice for smokers trying to quit. And for the first time, Public Health England included e-cigarettes in its advertising for ‘Stoptober’ an annual stop smoking campaign. In Scotland, a large number of organisations led by Health Scotland issued a statement making clear that vaping is definitely safer than smoking that was also supported by Scotland’s Chief Medical Officer.

Overseas, many countries still ban e-cigarettes and using them can result in fines or even imprisonment for vapers or vendors. Yet gradually this is changing. 2017 saw a complete reversal of New Zealand’s position on these devices and their new policies look very similar to those in place in the UK. Canada is also legalising e-cigarettes, although details of the regulatory framework are still being ironed out. These countries are following the research evidence and in time others may follow.

A primary reason for caution in many countries is the fear that vaping will lead to smoking, particularly in young people. This year we did see research suggesting that some teenagers experimenting with vaping go on to smoke when followed up a year later, and this included studies from the UK. There seems little doubt that there are groups of young people susceptible to both. Yet these studies can’t prove that it was the act of trying an e-cigarette that lead to subsequent smoking – many other factors could explain this, including the simple fact that tobacco is still widely available. 2017 saw the publication of the world’s largest study to date of young people and vaping, including over 60,000 teenagers. It found that while experimentation with these products was occurring, regular use by teens who had never smoked remains very low, at less than 1%. Meanwhile in the UK and many other countries like the USA, youth smoking rates continue to decline at an encouraging pace. If vaping was causing smoking, these trends would reverse.

So, what is the average smoker to make of the continued controversy, and seemingly insatiable press interest around e-cigarettes? Who should they believe? Good sources of information do exist but they are not prominent enough. We need clear public information, from reputable sources, to shout above the noise and deliver the facts. And these are the facts. If you are a smoker, the best thing you can do for your health and the health of those around you is to stop smoking. If you choose to vape to stop smoking, that’s great, and no one should criticise you for that choice. I think we may well see a public information campaign along those lines in the near future. And from my perspective, it can’t come soon enough.