Entertainers in Cyprus not being paid 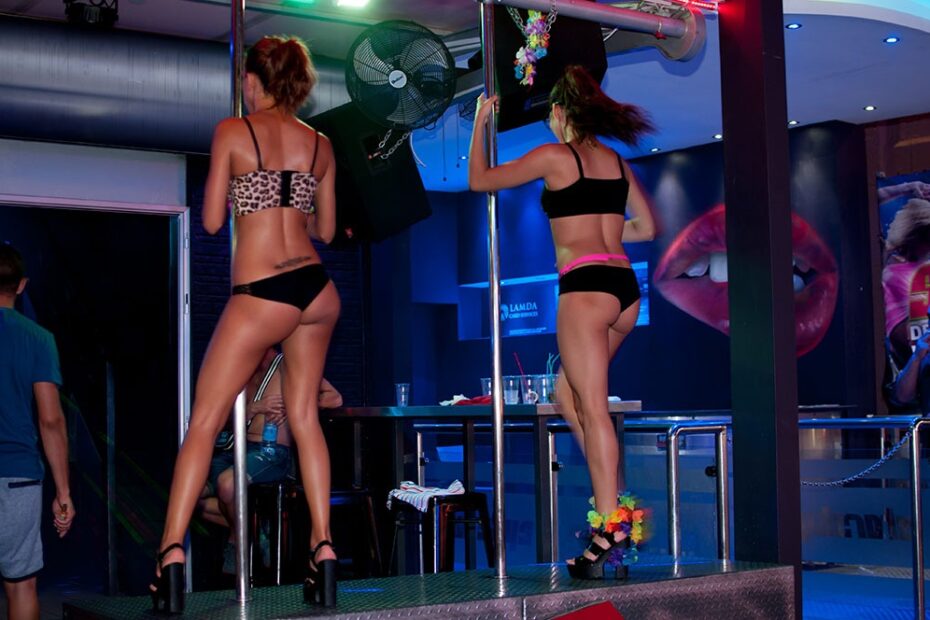 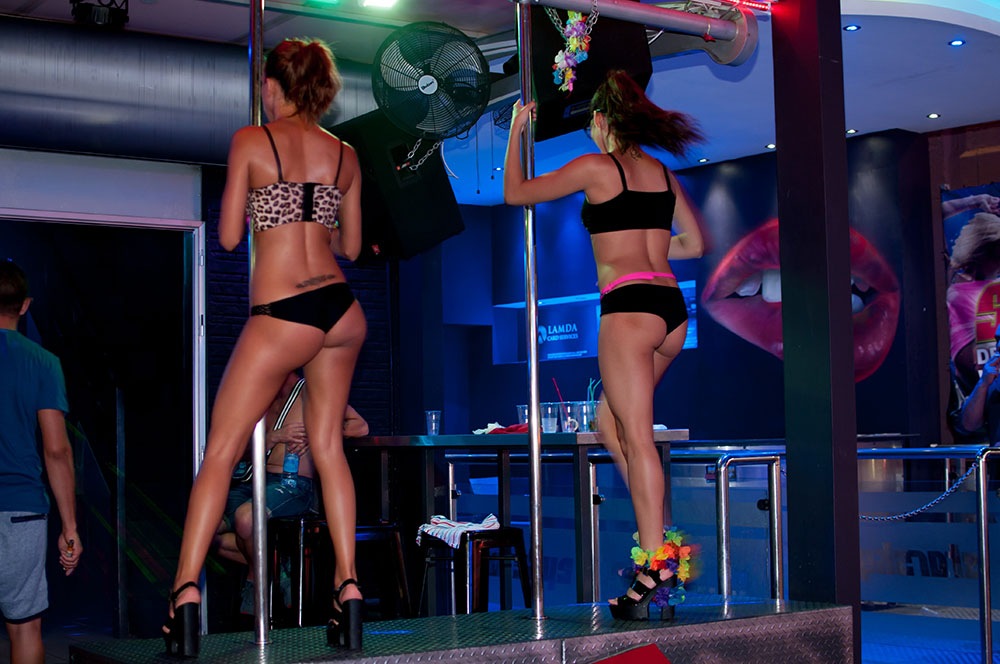 It has been reported that many of the migrants working in the entertainment industry in Cyprus are underpaid and some not paid at all.

Seasonal entertainers in Paphos hotels are complaining that the agencies that hire them are not paying their wages and in some cases threaten violence when they complain. The Sunday Mail has spoken to a number of singers, dancers and other acts that say that some agents are pocketing wages for themselves.

“It’s like the mafia. There are a couple of agencies in particular, one in Paphos and one that works island wide, that you don’t want to get on the wrong side of,” one entertainer told the Sunday Mail.

“They use their muscle to scare you and they are scam artists. I wish I was brave enough to give my name, but I just can’t.”

All but one of the entertainers requested to remain unnamed when they spoke to the newspaper, as they are fearful of possible serious repercussions, both financial and physical. Another professional performer said that the owner of an agency had actually threatened to kill his pregnant wife. He owed the pair money and was also angered when a hotel employed them directly, instead of using his agency. “We didn’t go to the police, as these people can be very volatile. There are many dancers that don’t want to come to work in Paphos as it has a reputation for not paying,” he said.

Paphos police spokesperson, Nicos Tsappis, told the Sunday Mail that no such instances have been reported so far. “If any threats are being made against people by employers, then the police will investigate and take the matter very seriously,” he said. “People should not be afraid to come forward.” Yet those that say they have been cheated clearly are scared.

They say they have been scammed in a number of ways: wage cheques issued and then cancelled before they can be cleared by the bank, and in some cases professional dancers and performers remain unpaid by the agents after they refused to give them any money at all. This can be hard to prove when no contracts have been issued or signed, just verbal agreements and a ‘gentleman’s handshake.’ Most entertainment agencies in Cyprus are well run and operate above board, but, as is the case in tourist hot spots all over the world, there are always exceptions.

Adverts such as this one found online appear on social media and entertainment sites and in publications aimed at performers: ‘Hotel entertainers (animators) with or without experience for seasonal contracts. If you are interested and, please send us a message for more information.’ Often, inexperienced youngsters will apply and can expect to be paid around 500 euros a month, plus accommodation and food. Higher amounts apply to those which don’t include these.

“I know of dancers and singers who are in their teens, who were hired in Paphos on contracts for the season and the agency failed to pay them anything,” one dancer said. “They can’t go to court as they have no money for a lawyer and they end up leaving Cyprus empty handed.”

She explained that venues and hotels are paying the agencies, but then some agencies are pocketing the money for themselves and not passing it on to the acts. The head of the hoteliers’ association of Paphos, Euripides Loizides, who has his own hotel and pays an agency for his performers, said that he is unaware of any such cases. If he found out performers at his hotel were not being paid by the agency that hired them, he would step in and pay acts directly the following month, he said.

“We (hotels) use agencies as we trust them to do the job better than us in this area, as it’s their profession, they have the experience and connections. I have used various entertainment agencies through the years.” Loizdes pays around 8,000 euros a month for his entertainment programme which includes a full time ‘animator’, and an animation team. They offer aqua aerobics, all sorts of day time activities, a kids’ disco and seven full shows every week.

“I am surprised to learn that this is happening. It’s down to each hotel to decide if they use individual performers directly or employ an agency. Some have limited budgets and make savings,” he said. “At my hotel, it is important for us to have entertainment and we always check that the agency has employers’ liability insurance.”

Giedre Sky arrived in Cyprus from Lithuania in 2010 after answering an advert. She underwent training in Ayia Napa. She speaks four languages. She has experienced both good and bad situations. One job saw her and three other girls, as well as their luggage, crammed into a single room. “Once, I worked in Paphos at a hotel doing all sorts of things like aqua aerobics, kids club and other stuff, It was nice and relaxed, but I received another offer from Ayia Napa which was more money and I explained this to the agency. They said they were fine with it and I gave two weeks’ notice and trained up another girl to take my place.” However, their attitude changed once she left.

“They kept making excuses and then said they would bring me my salary to Ayia Napa, but they never did. Then they stopped answering my calls. I complained to the authorities, but they didn’t do anything about it.”

“It’s better if you work for a hotel directly as you get paid directly from them. Agencies can always find a reason not to pay if they don’t want to and the system will ensure the hotels have to pay you.”

One performer said that after trying, and failing, to get paid money owed to him from a Paphos agency for work last year, enquiries uncovered that an entire group of entertainers were all owed more than one month’s wages, some an entire season, as they were told they would be paid at the end of the season.

“For a long time, these people have been issuing cheques and then cancelling them before they get paid into our accounts. Some of the venues and hotels know what they are doing but they keep on using them, they don’t care.”

No contracts were made in most instances, only agreements via text messages. He added that their calls and emails are now going unanswered.

“It’s better to have a written contract,” he said. “But also text messages confirming terms of employment, pay and these sorts of things are also admissible evidence in court.”

But an initial consultation with a lawyer could be anything from 80 to 170 euros.

Tsappis said that if agencies are issuing cheques and purposefully cancelling them, there is a case and victims of such a crime can report it to the police or get legal advice.

“As the lawyer says, text messages are evidence and any cancelled cheques are exhibits. In fact this is the best exhibit to prove the charge,” he said.

Obviously, he added, a charge of non payment of cash is more difficult to prove.

He said that complaints can also be made to social insurance. Employers are afraid of this route, as very high fines can be imposed if the employer is not following the regulations.

But the fear of going to the authorities remains.

“We all know that this is a crime and must stop, but people are afraid to stand up for themselves and so this practice will just continue,” one entertainer said.

Just when we thought that we may have reached the bottom, in the realms of moral injustice, we are faced with yet another revelation that demonstrates the degree of moral bankruptcy that exists in Cyprus. I have no doubt that this happens, in the past we had ‘Cabarets’ which were glorified clubs for the purchase of favours from imported ladies, who had often flown to Cyprus under a misapprehension, which was not an accident, it was very much by design to get them there and them manipulate, pressure or even threaten them in to a life of prostitution.

I personally had a pub in Larnaca a few years ago and I made the strategic error of getting involved with a girl who had recently arrived and was being pressured by a Cabaret owner. After we got close she left and had to go in to hiding due to the threats while I entered the world of retribution by all those involved. I was suddenly being persecuted by the Police they came every day and found an excuse to give me a penalty, I gathered over 40 in a two month period!

We are also very much aware that many women who are brought in as domestic assistants suddenly find themselves actually made to maintain two or three homes, or they are forced to hand back some of their salary and if they do not, they are abused, threatened and the with the law being the way it is in Cyprus, they are conveniently at a disadvantage.

I believe that there is a real need for an anonymous helpline and an independent body designed to protect these workers. Independent, now that is an uphill task within the corruption of Cyprus, the only realistic way would be if the team were NOT Cypriot, there is no way that any group of Cypriots can be trusted to police anything!