Immigration – Reply to your comments 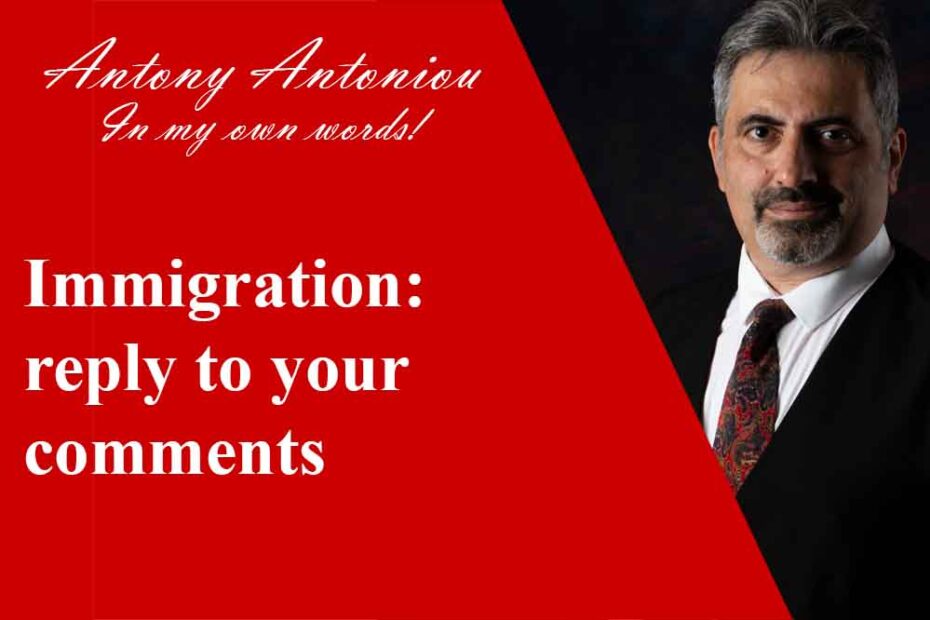 Immigration – Reply to your comments

I’d like to respond to some of the comments you have made on my video about immigration. I’m hoping by this point that it is clear that I’m not directing my attention at any person or persons, on the contrary overall I’m actually defending migrants and quite concerned about the effect that the media portrayal of what’s happening is having on people within this country myself included, because as someone who was born here, but to foreign parents, I find the prospect that over the next decade or two, as I enter old age if not already there, I do so in a climate where everybody is angry with everyone and there’s so much hostility.
I’m beginning to feel that this is deeply misplaced and our attention should actually be focused on those who are making this happen, so here’s some of your comments and I’d like to respond to:

First one was that this appeared or was highlighted in order to win Brexit votes.

Yes of course that did happen, but bear in mind that issues with the EU go back decades not just not just to 2016. it is a fact that Margaret
Thatcher and Edward Heath lied to the nation when they took us into the so-called Common Market, they knew very well what the agenda was, but they admitted that they kept the intention of ever closer union from the British public,  the British public did not subsequently vote on the Maastricht treaty, the Lisbon treaty, or anything else that happened, but yes of course there was an element, large or small who did use immigration in order to argue for brexit, but then on the contrary there was people on the remainer side who also exploited certain issues to make their arguments, but yes of course I will concede that but I don’t see that as being the the root cause of where we are now.

That to a point again I will agree with. In 2004 when there was the last major enlargement of the EU that’s when we saw a massive influx of people from Poland, Romania, Latvia and Lithuania Etc. I know people who were on minimum wage at the time who suddenly were plunged below the poverty line because there were many people on minimum wage who relied on their overtime at a slightly higher rate to make up their salary, to take it from what was not really a living wage into one that was closer to a living wage if not if still not adequate the minute the EU enlarged all of these people suddenly lost their overtime, the big corporations didn’t literally dismiss people on mass but what they did
indirectly is they stopped offering people over time which I think they were powerless to do anything about, because they had access to a large influx of people who were more than happy to work at minimum wage once again who benefits from a large influx of immigration it is
the corporations because large volumes of immigration make people dispensable they lower the worth of people even those people who are
unskilled who are at the bottom of the pay chain and they’re the ones who did suffer the most so there is an argument and for most people in business the first argument is not just lack of labour, but also lack of cheap labour and that is a very real argument.

People who have been here for generations are now worried:

I agree and I’m one of them, I’m very very concerned that what is happening is being portrayed as an invasion and the degree of anger and
hostility throughout the country is at the highest that I’ve ever known, to a degree that we should all be concerned and it should not be about people who are here living part of our community part of our society but the media are directing our attention at that but once again as I said in my video.

I feel that that is misdirection the government is implementing is on purpose: