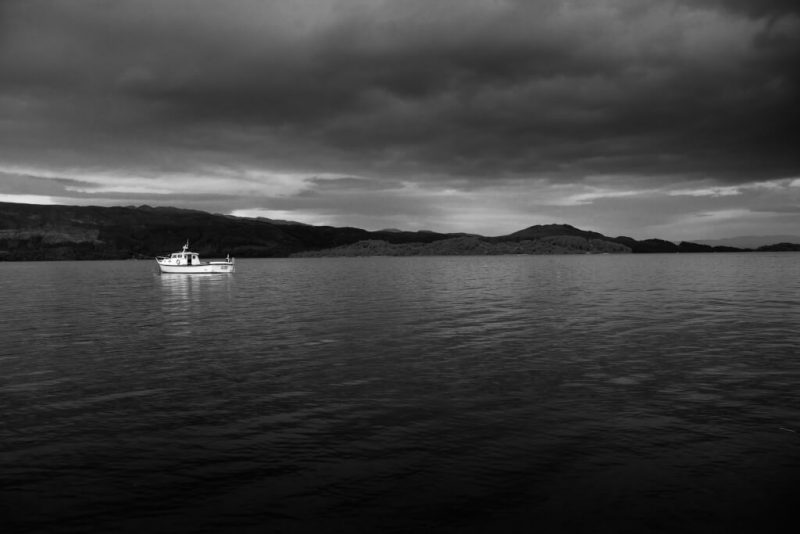 After passing through Glasgow, I headed north on the A82 towards Glencoe. I was actually in search of the location of that amazing shot in the movie Skyfall, but I was not to be blessed with good weather, it rained almost non stop from the minute I crossed the border.

One of the first amazing sights to catch my eye was Loch Lomond. Even though the weather was miserable, it was stunning. I pulled over somewhere that looked like a holiday/caravan park and walked about. I would have liked to take more photos but it was pouring with rain, even keeping my camera under cover between shots didn’t really help, it still got drenched. However, I did manage to catch a few shots, despite the Dark sky and the endless rain, there is a beauty that has to be seen to be believed. It doesn’t feel like being in the UK, it really feels like a remote land, so tranquil, so pretty, so far away, yet right on our doorstep. 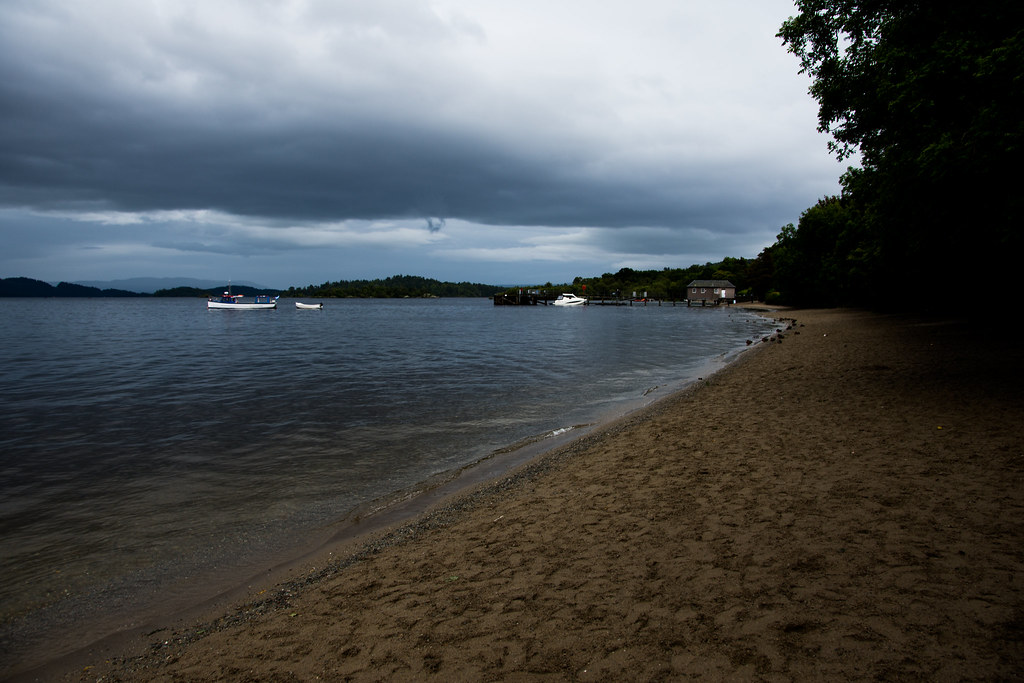 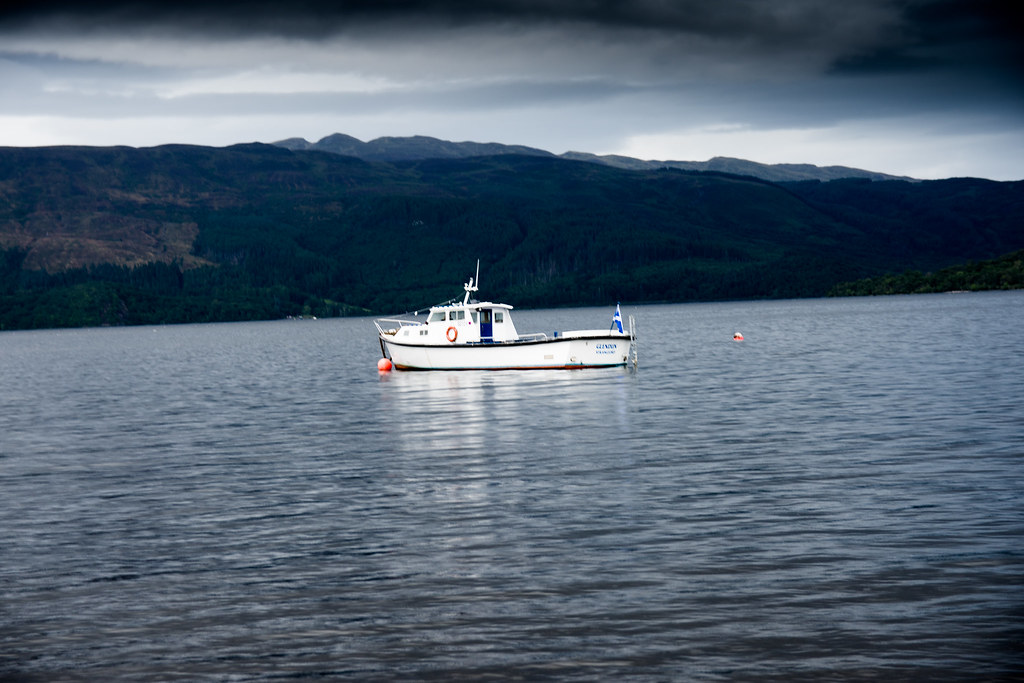 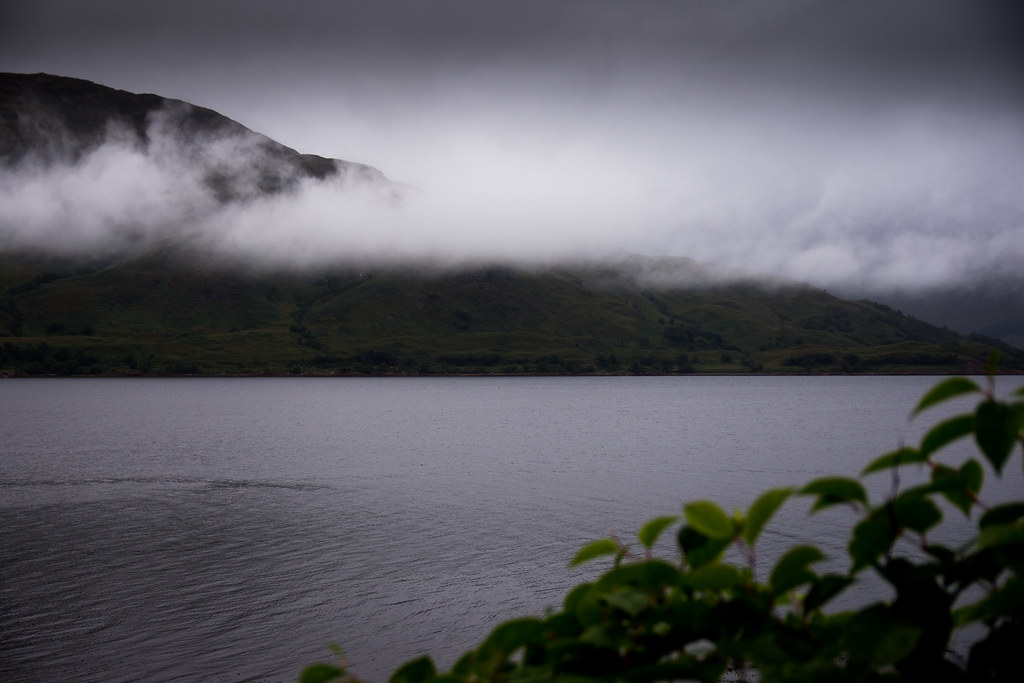 Once I Was past Loch Lomond, I drove further along the A82 and then I arrived at Fort Augustus, the gateway to  Loch Ness. As I arrived the swing bridge was open to allow several yachts through the locks in to the ‘world of Nessie’

It’s actually difficult to comprehend how vast Loch Ness is from a map, it is not just a large Loch, it is an entire marine world.

Loch Ness is the second largest Scottish loch by surface area at 22 sq mi (56 km2) after Loch Lomond, but due to its great depth, it is the largest by volume in the British Isles. Its deepest point is 755 ft (230 m), making it the second deepest loch in Scotland after Loch Morar.

A 2016 survey claimed to have discovered a crevice that pushed the depth to 889 ft (271 m) but further research determined it to be a sonar anomaly. It contains more fresh water than all the lakes in England and Wales combined, and is the largest body of water on the Great Glen Fault, which runs from Inverness in the north to Fort William in the south. 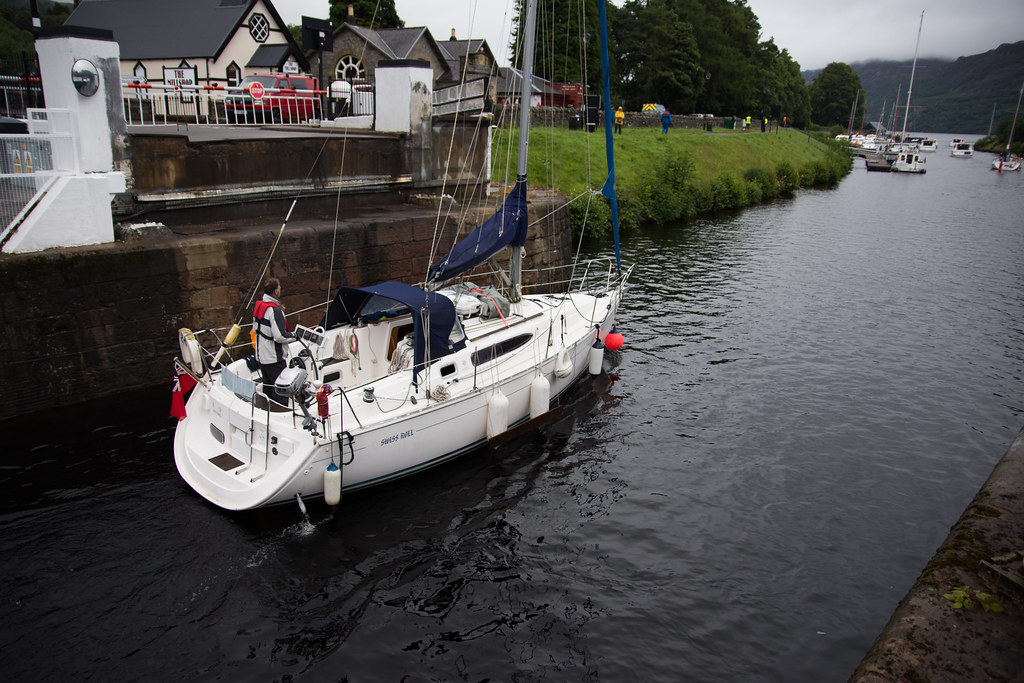 Once I was past Loch Ness, the next stop was Inverness. I took a little tour around and then as I left I crossed Beauly Firth on the Kessock Bridge. I found a parking spot way past the bridge and then I braved the rain to walk back across the bridge. I would have liked to spend more time there, but it was not pleasant although I’m glad that I stopped.

I had originally intended to head to Eilean Donan Castle from here, certain scenes of Highlander were filmed here along with many other movies, but as the weather was so bad, I would not be able to take the footage that I wanted, so I decided to leave that for another trip and just head north instead. 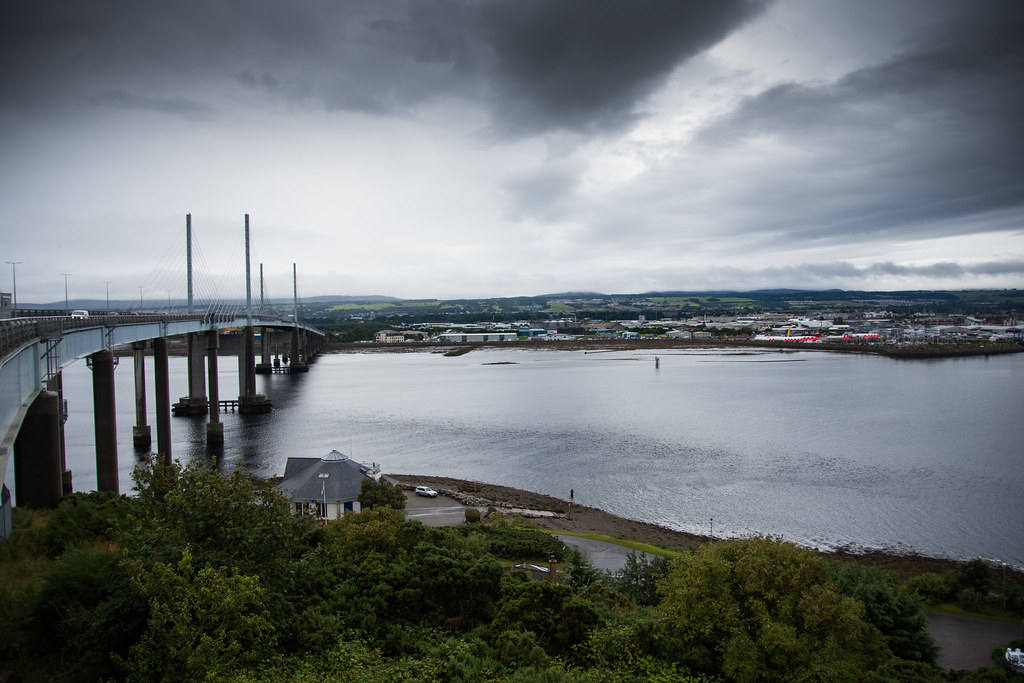 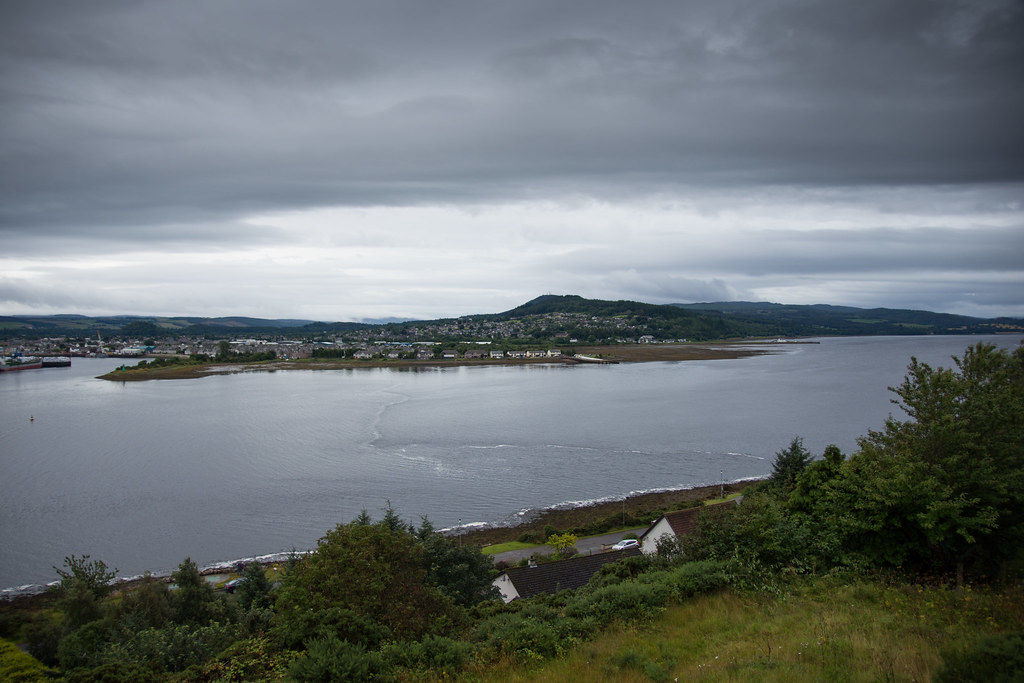 Onward and Northbound,  I crossed Cromarty Firth on the Cromarty Bridge. Now this really is an interesting structure. The bridge is a concrete structure with 68 individual spans starting with a causeway section on the southern shore, and a much shorter embankment on the northern shore. The piers are paired under the deck, with the road, or at least the pavements, cantilevered out to either side. The whole structure is about a mile and a half long, terminating in a roundabout with the A862 on the north shore. 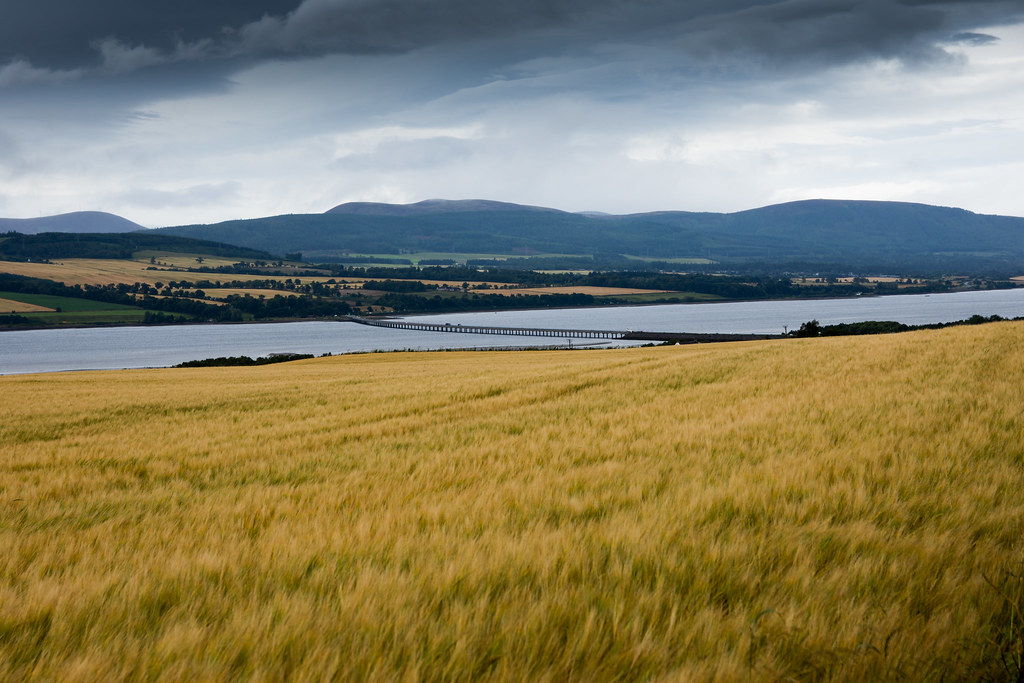 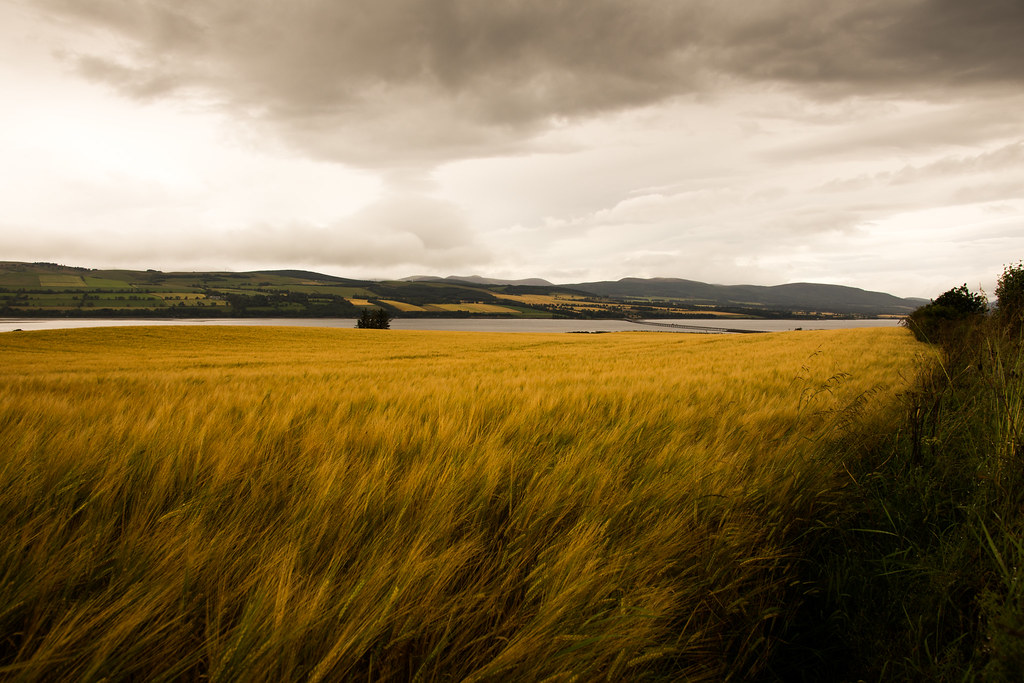 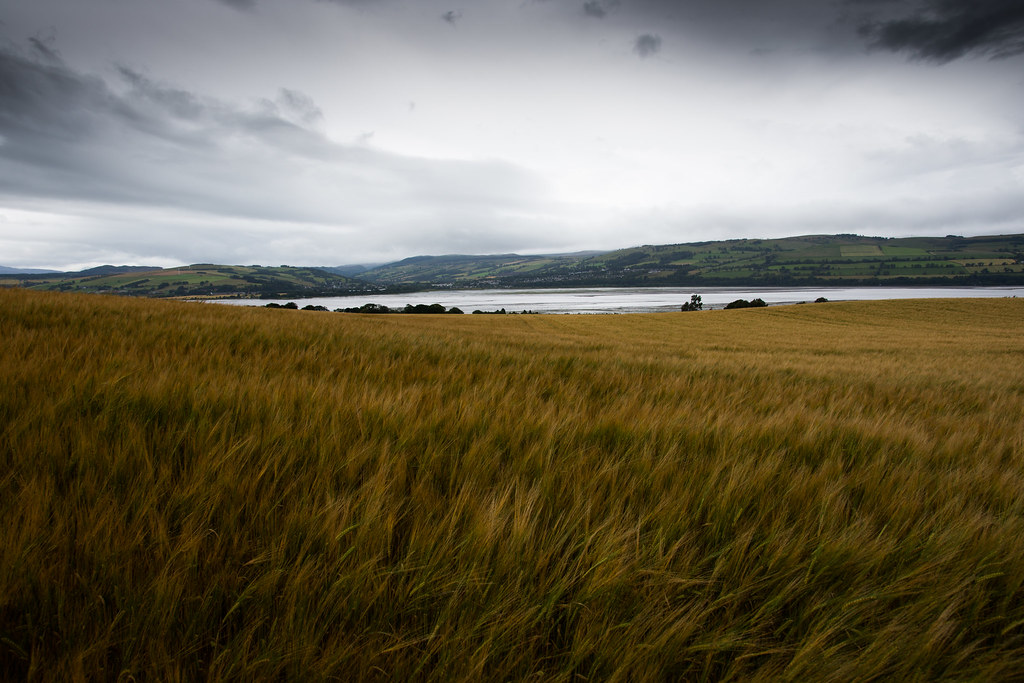 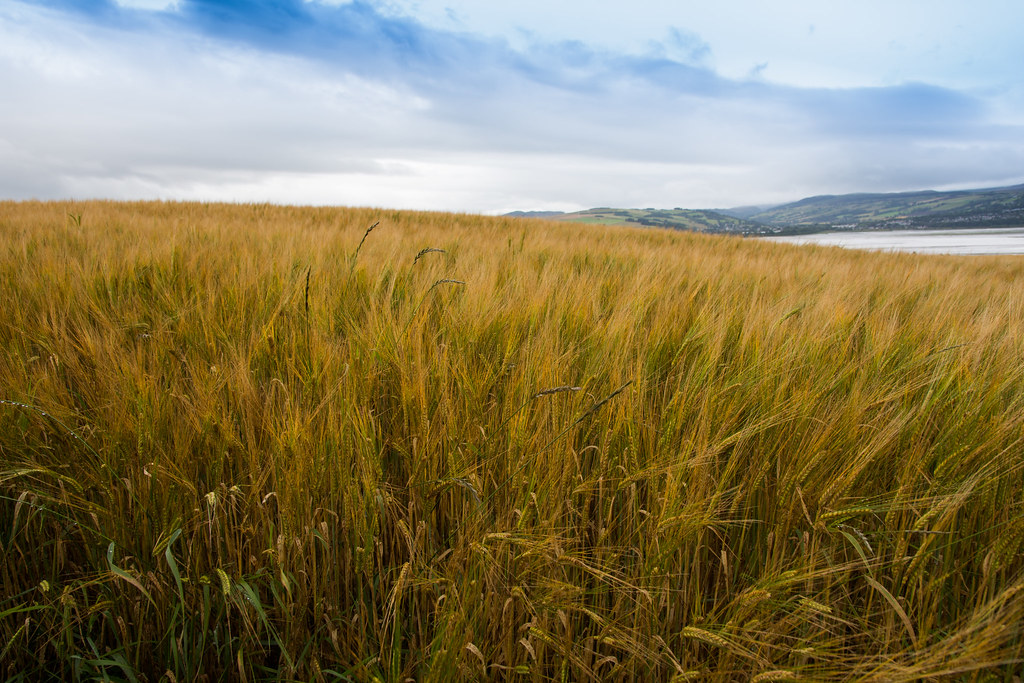 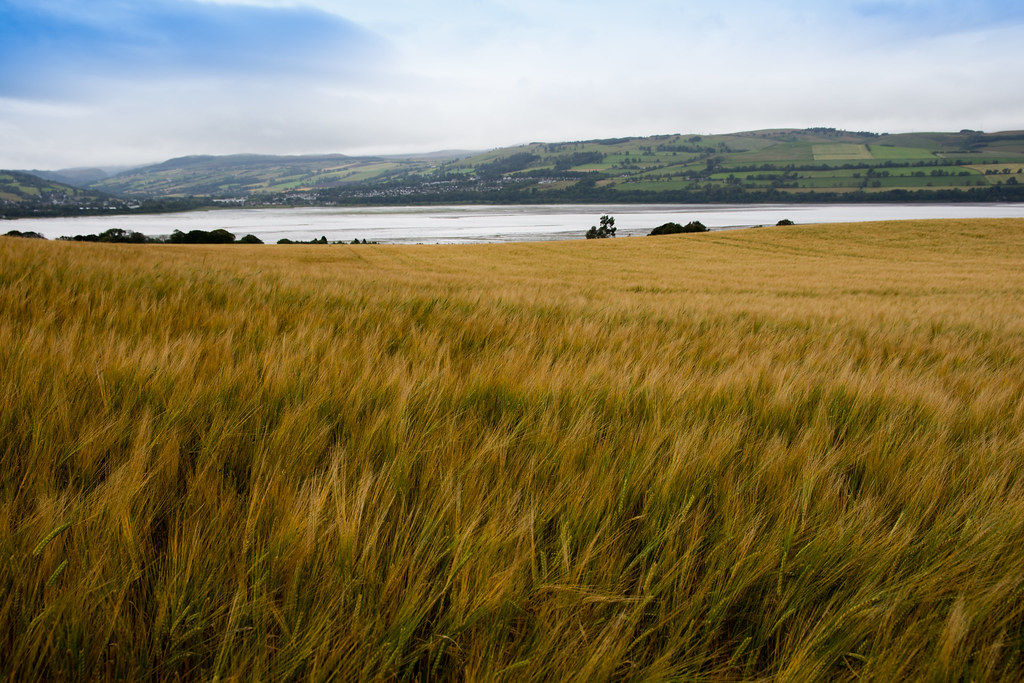 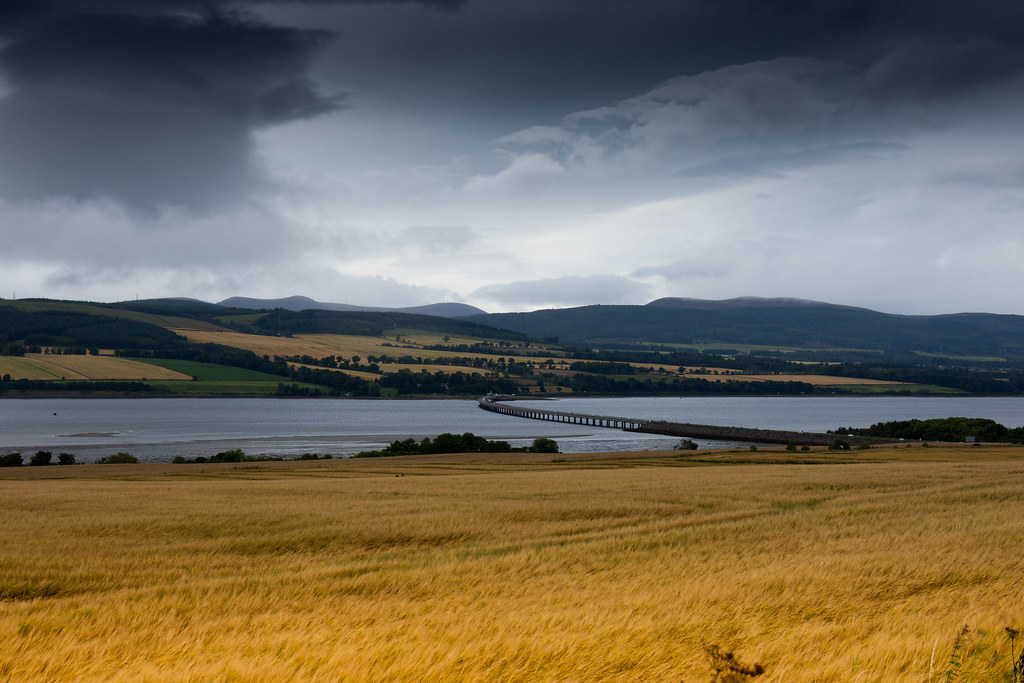 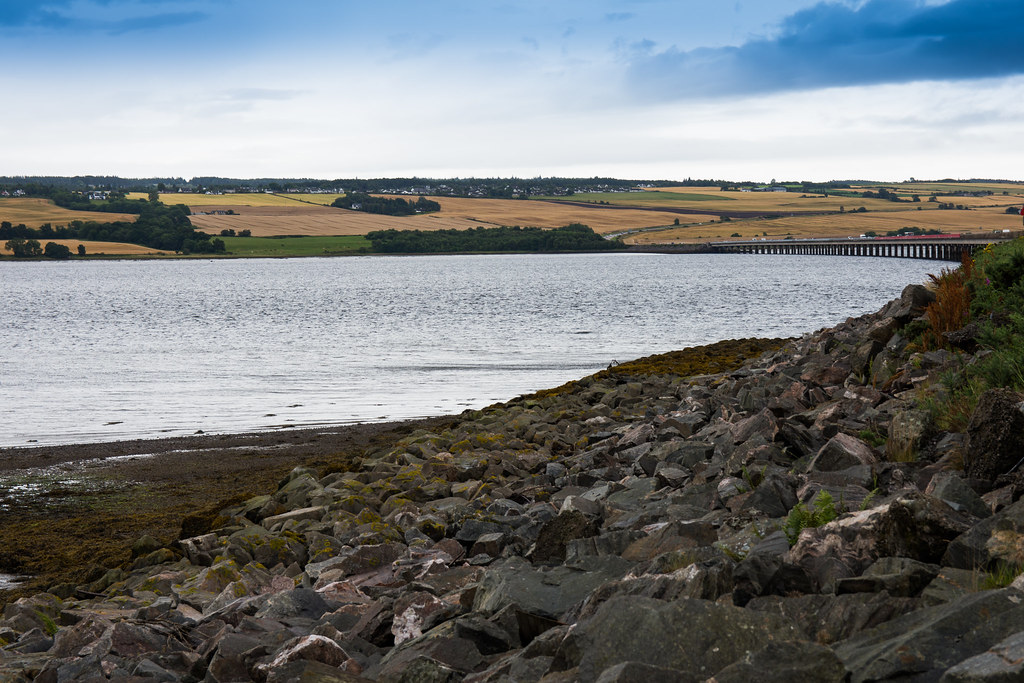 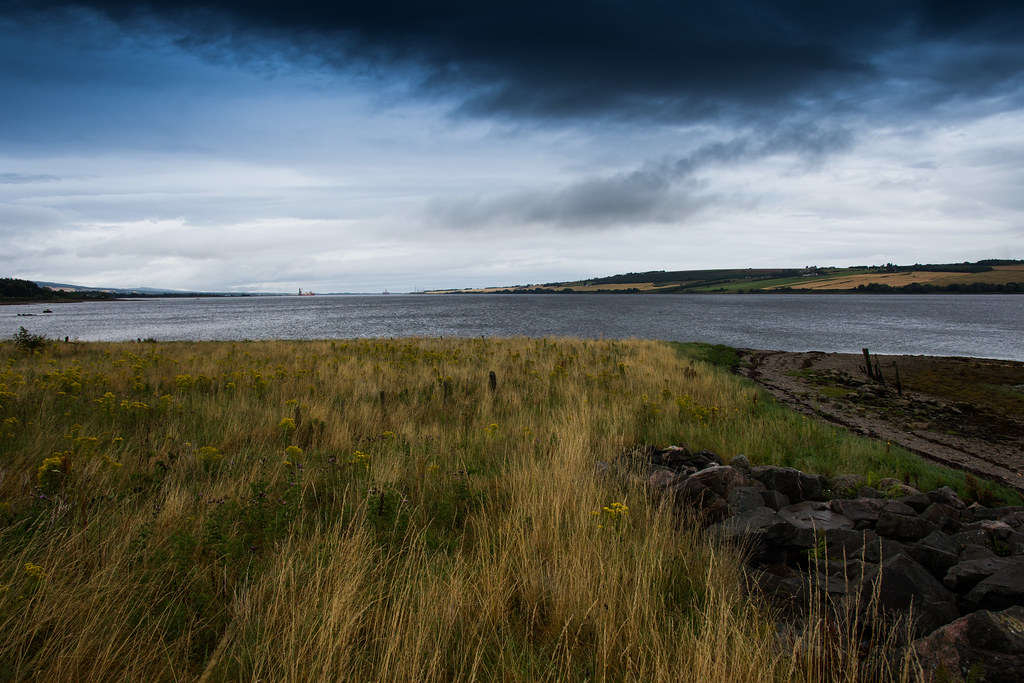 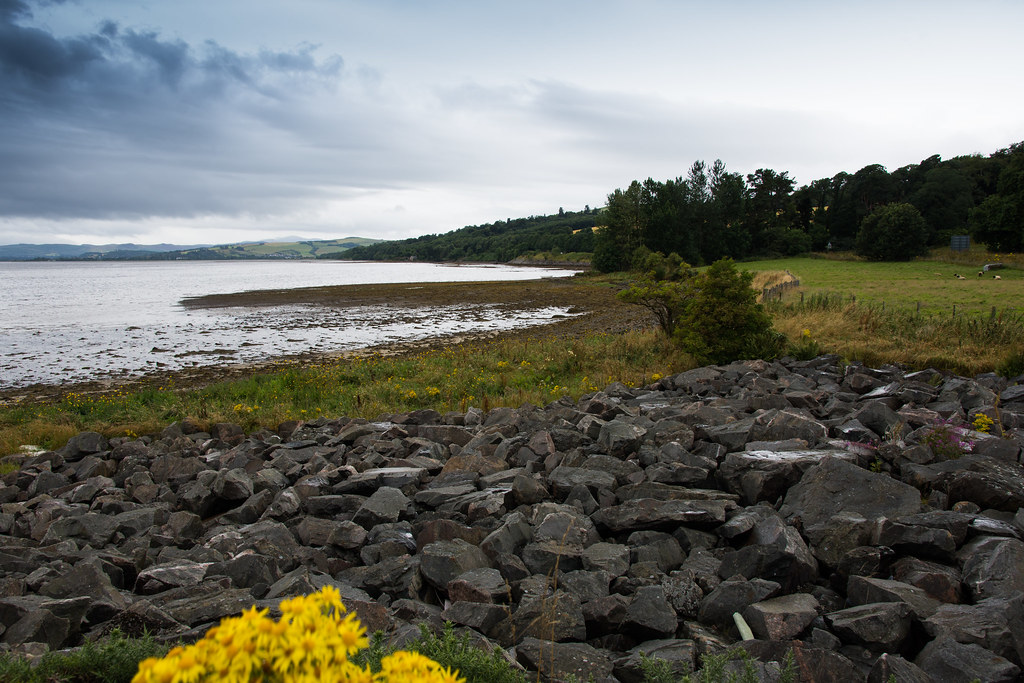 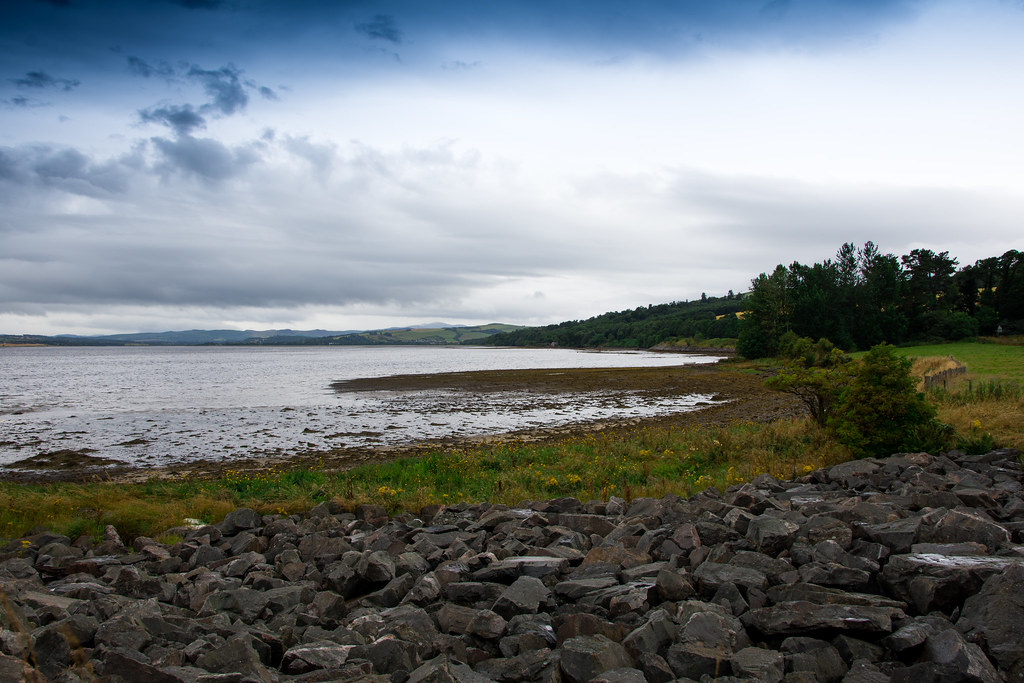 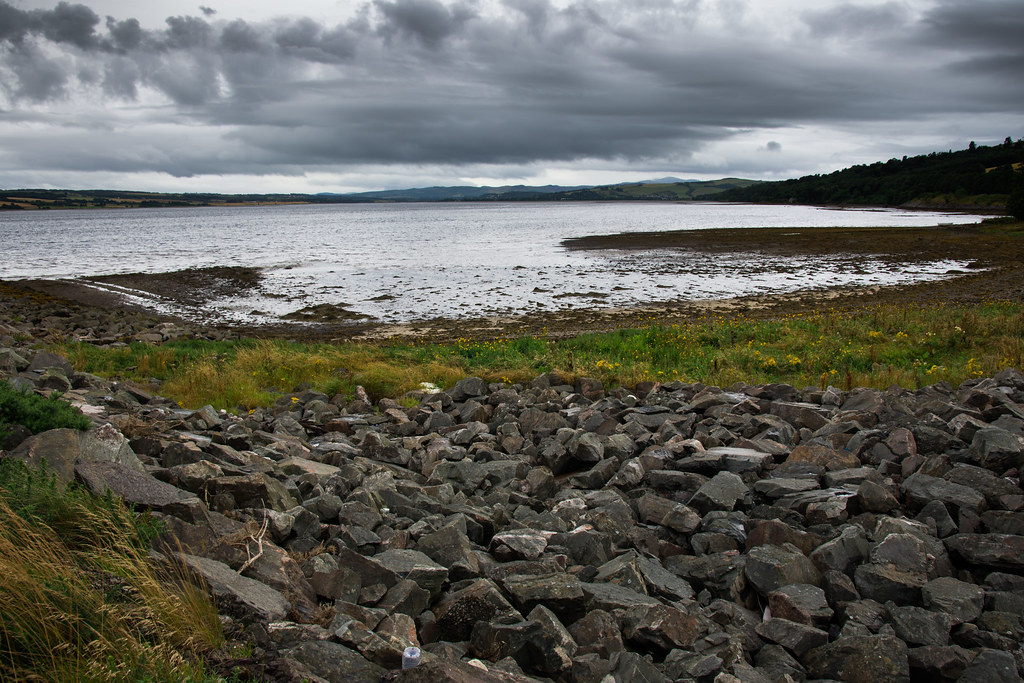 The A9 between Inverness and John o’ Groats is not really the most scenic part of Scotland, but there are a few stunning locations along the way. This stretch of road is one of them, it has to be seen to be appreciated really. 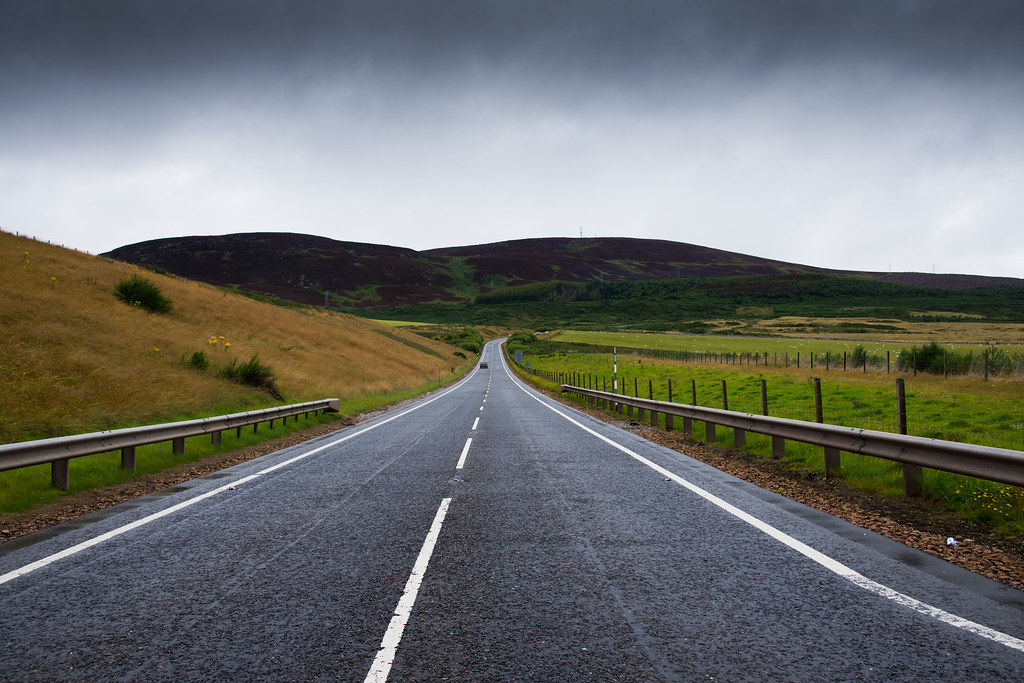 The next stretch of stunning scenery is a valley with a winding road that appears by surprise, it is absolutely stunning. There is a place to park just as you come out the north end, making it possible to park up and take a walk around this idyllic hidden gem. 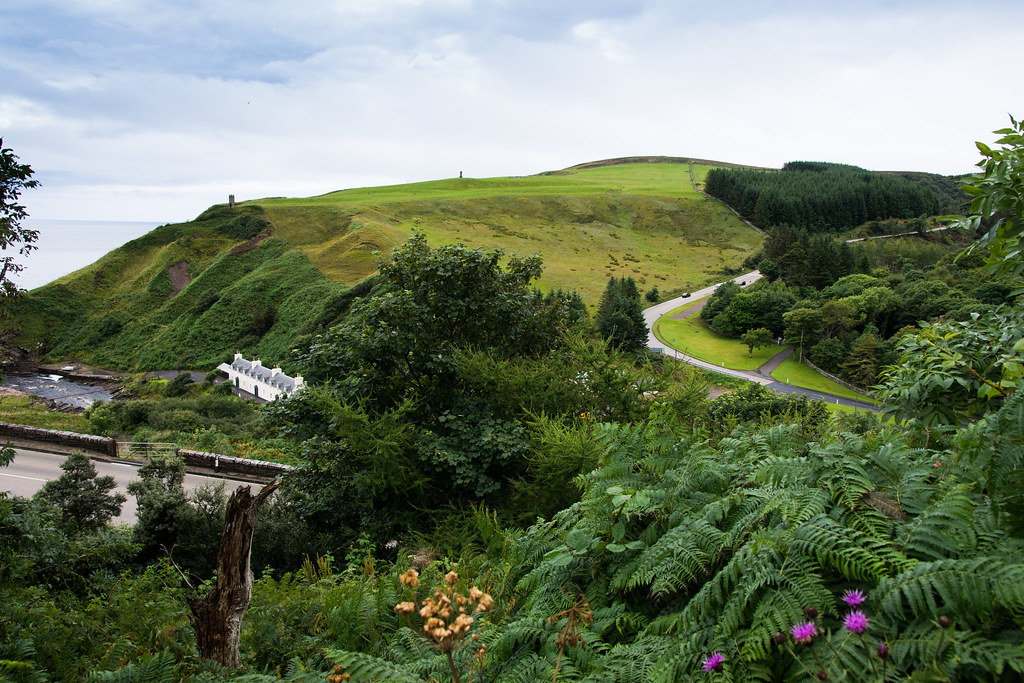 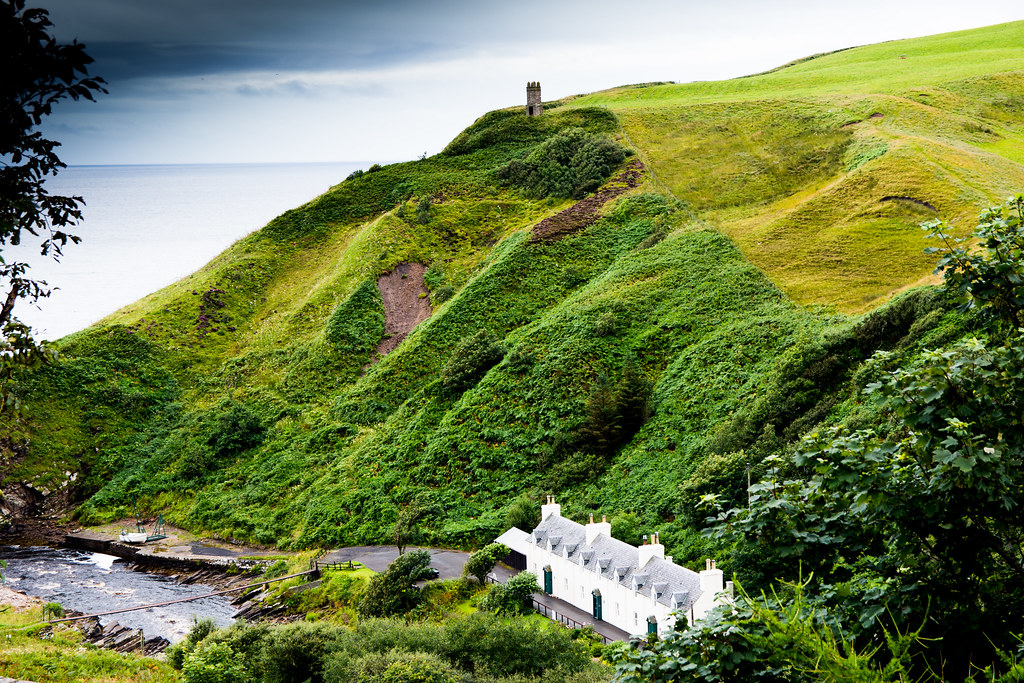 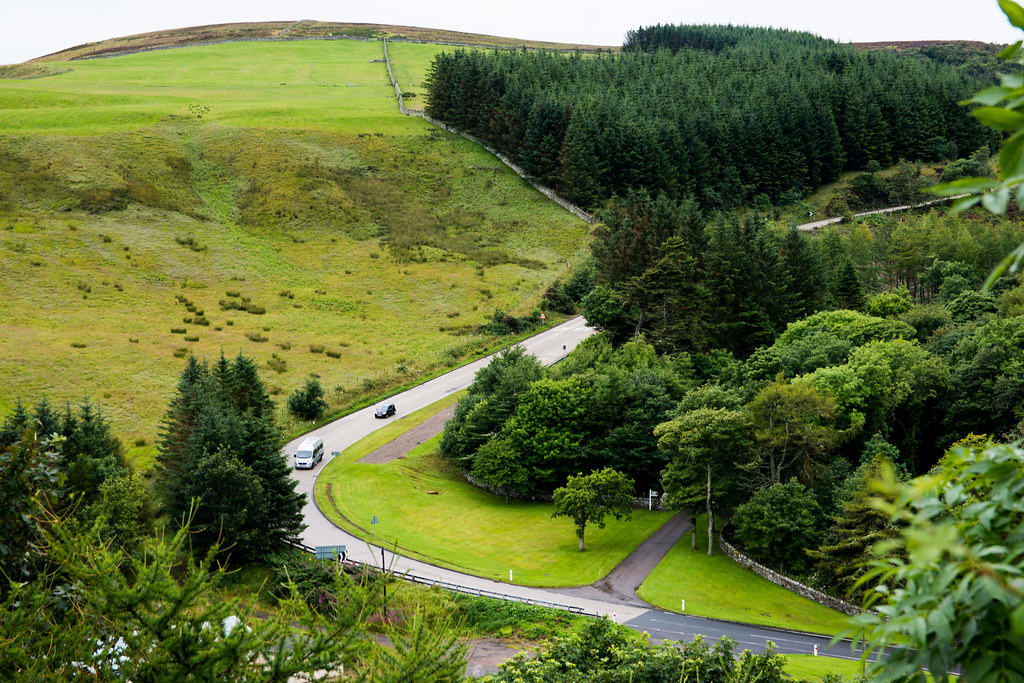 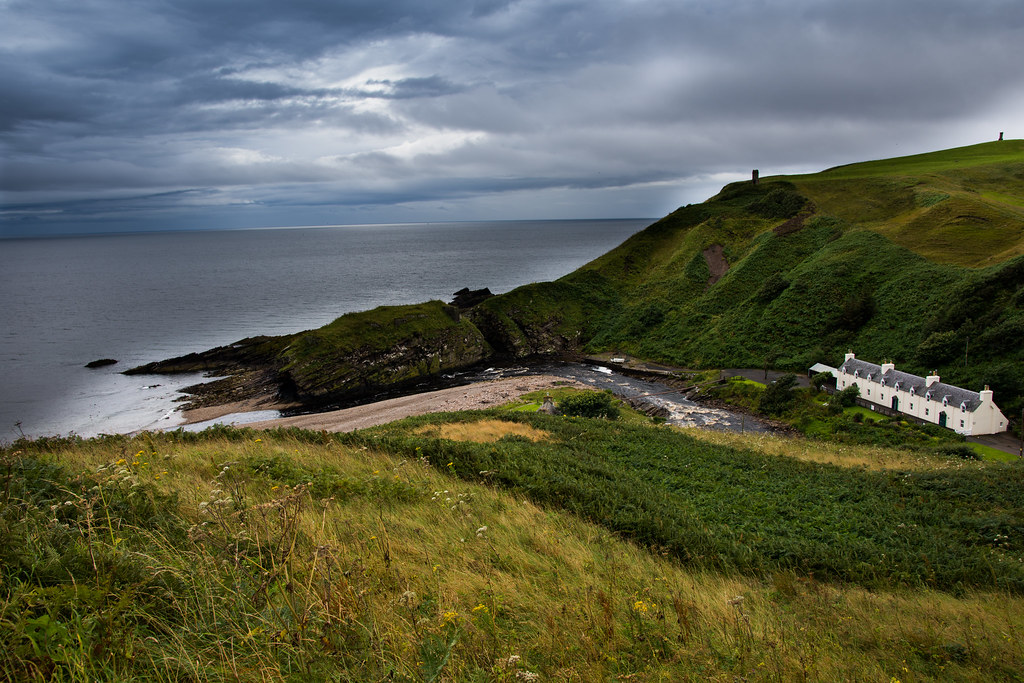 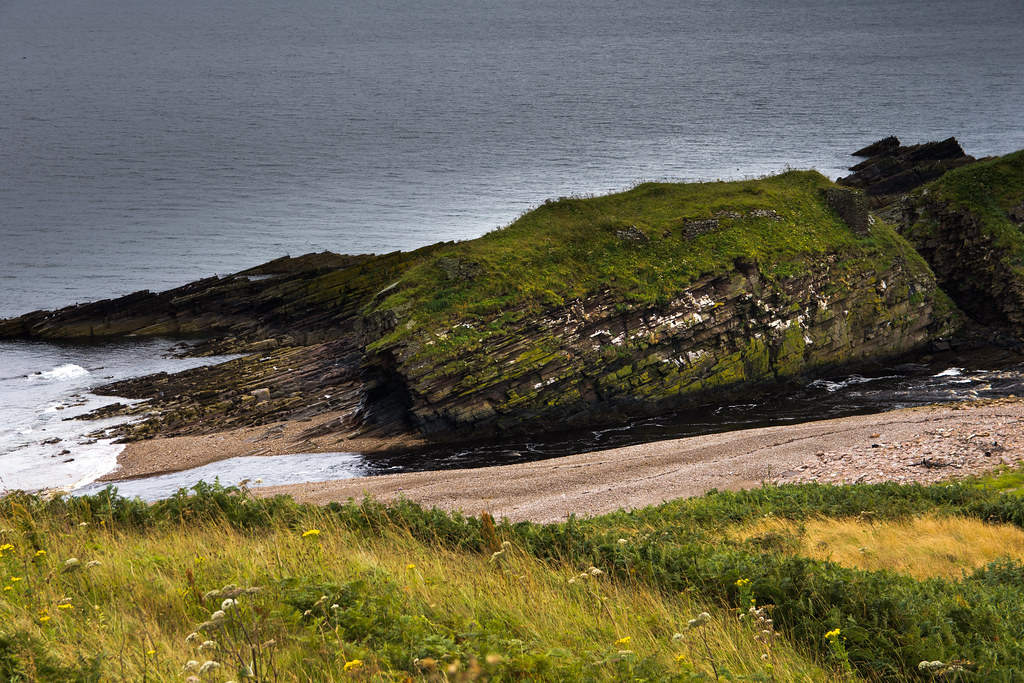 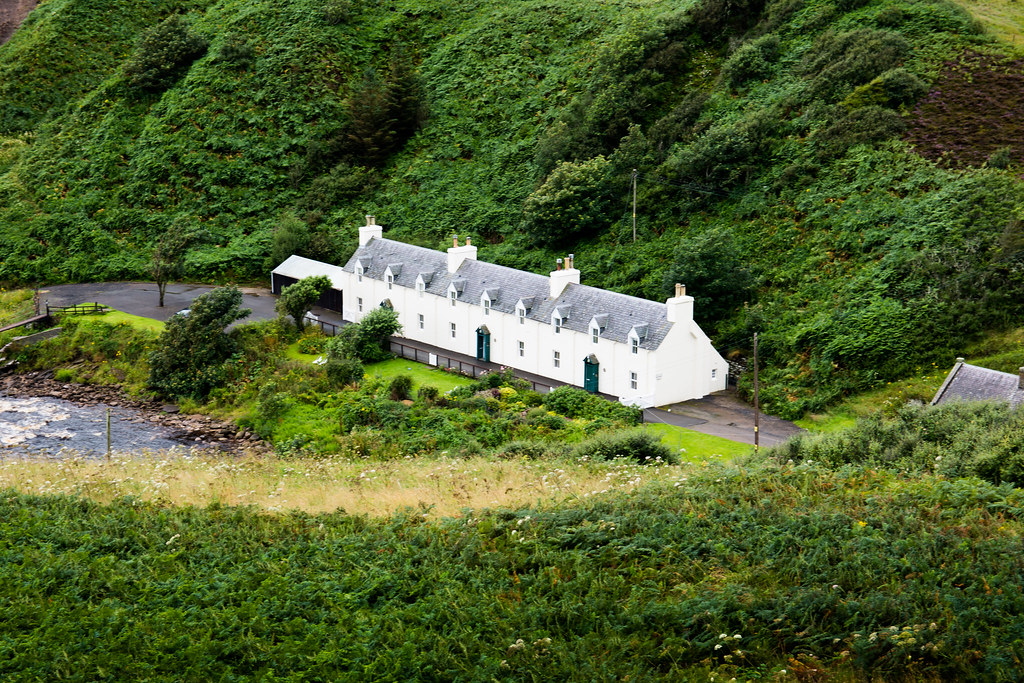 Finally, after hundreds of miles, I arrived at John o’ Groats, what was waiting for me after such a long journey? Rain, that’s what! 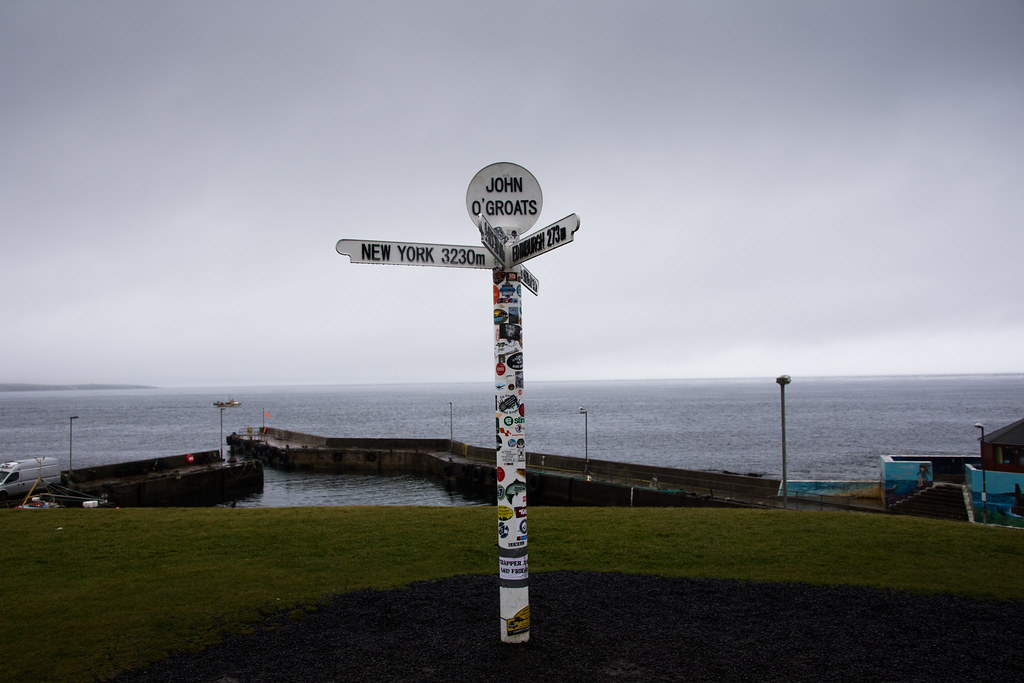 Here is the miserable old git in person, after I arrived at John o’ Groats, cold and wet…..I had to take the selfie by the signpost. (I do sometimes smile)

After such an epic journey that took me from one end of Scotland to the other, I feel a poem by a Scottish poet is befitting.

So fair art thou, my bonnie lass,
So deep in luve am I;
And I will luve thee still, my dear,
Till a’ the seas gang dry.

Till a’ the seas gang dry, my dear,
And the rocks melt wi’ the sun;
I will love thee still, my dear,
While the sands o’ life shall run.