Migrant workers not respected in Cyprus 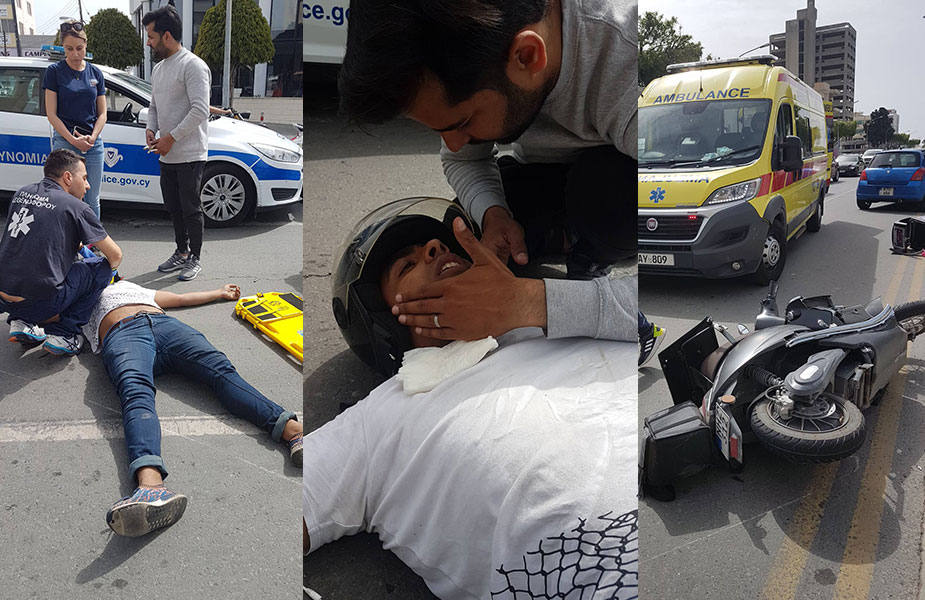 It’s Tuesday 30th April 2019, a friend of mine was driving through Limassol, when a car came flying out of nowhere and hit a migrant worker on a scooter,  she had sent him flying.

He landed in the middle of the road, my friend ran over to check him out and he said he could not feel his legs. She called 911 and requested Police and Ambulance, but in the meantime, a passing police car stopped. The officers got out and their response?

“It looks like you can speak English and you can communicate with him, so carry on!”

Really? Who is actually supposed to be trained in CPR? In the meantime, the Police officer just stepped back and went back to his vape, when a worker from a kiosk offered a bottle of water. The Police officer said. “yes, give him some water if he wants” to which my friend said “NO! He could be injured internally and it could choke him”

The ambulance took 25 minutes to arrive, even though the hospital is about 3 minutes away!

Cyprus is experiencing the unfolding of its first serial killer, someone who actually prayed on immigrants, women who were reported as missing to the police but NOTHING was done to look in to it. Whilst they may not have prevented the death of the first, or second, or third, the figure is up to SEVEN  so far, maybe, just maybe, the last one or two could have been saved, but the Police suffer from institutional apathy, arrogance and lack of respect for anyone who is not Cypriot.

I would call it racism, but it is not even about race, the minute any victim is revealed to be anything other than Cypriot, they just don’t care, even with Cypriots, they only make an effort when it is someone who they feel matters, be they influential, related or otherwise connected.

It is now time for the police to shaken up and forced to perform their duty, not just collect fines for misdemeanours!