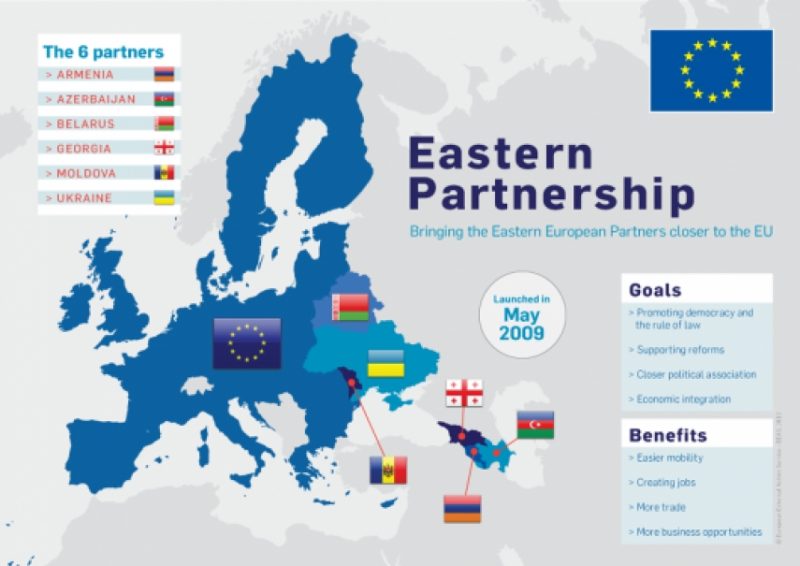 The foreign ministers of France and Germany are due to reveal a blueprint to effectively do away with individual member states in what is being described as an “ultimatum”.

Under the radical proposals EU countries will lose the right to have their own army, criminal law, taxation system or central bank, with all those powers being transferred to Brussels.

Controversially member states would also lose what few controls they have left over their own borders, including the procedure for admitting and relocating refugees.

The public broadcaster reports that the bombshell proposal will be presented to a meeting of the Visegrad group of countries – made up of Poland, the Czech Republic, Hungary and Slovakia – by German Foreign Minister Frank-Walter Steinmeier later today.

Excerpts of the nine-page report were published today as the leaders of Germany, France and Italy met in Berlin for Brexit crisis talks.

The revelations come just days after Britain shook the Brussels establishment by voting to leave the European Union in a move some have predicted could leave to the break-up of the EU.

A number of member states are deeply unhappy about the creeping federalism of the European project with anti-EU sentiments running high in eastern Europe, Scandinavia and France.

The full transcript below, which was released with a difficult to read watermark has been typed out explains the sinister plans of the EU which has NO RESPECT for member states. They plan to DESTROY member states and transfer ALL POWER to Brussels. This will be the last nail in the Coffin for the EU.

A strong Europe in a world of uncertainties

The decision of the British people marks a watershed moment in the history of Europe. The European Union is losing not only a member state, but a host of history, tradition and experience, with which we shared our journey throughout the past decades. France and Germany therefore take note of this decision with regret. This creates a new situation and will entail consequences for both the United Kingdom and for the EU. The Treaty of Lisbon sets out the procedures for the orderly departure of a Member State (article 50). Once the British Government has activated these procedures, we will stand ready to assist the institutions in the negotiations clarifying the future relationship between the EU and the UK.

The British case is unique. But we must also acknowledge that support and passion for our common project has faded over the last decade in parts of our societies. Neither a simple call for more Europe nor a phase of mere reflection can be an adequate answer. To prevent the silent creeping erosion of our European project we have to be more focused on essentials and on meeting the concrete expectations of our citizens. We are convinced that it is not the existence of the Union that they object to but the way it functions. Our task is twofold: we have to strictly focus our joints efforts on leaving others to national or regional decision making and variation. And we must deliver better on those issues we have chosen to focus on.

France and Germany remain most firmly of the belief that the European Union provides a unique and indispensable framework for the pursuit of freedom, prosperity and security in Europe, for shaping peaceful and mutually beneficial relationships amongst its people and for contributing to peace and stability in the world. Our two countries share a common destiny and a common set of values that provide the foundation for ever closer union between our peoples. We will therefore move further towards political union in Europe and invite the other Europeans to join us in this endeavour. France and Germany recognize their responsibility to reinforce solidarity and cohesion within the European Union. To that end, we need to recognize that member states differ in their levels of ambition member state when it comes to the project of European integration. While not stepping back from what we have achieved, we have to find better ways of dealing with different levels of ambition so as to ensure that Europe delivers better on the expectations of all European citizens.

We believe the EU can and needs to develop common answers to today’s challenges abroad and at home. In a context of rising global challenges and opportunities, we see the European Union as more necessary than ever and as the only framework capable of providing appropriate collective answers to the changing international environment. France and Germany will therefore promote a more coherent and a more assertive Europe on the world stage. To deliver better, Europe must focus on today’s main challenges — ensure the security of our citizens confronted with growing external and internal threats; establish a stable cooperative framework for dealing with migration and refugee flows; boost the European economy by promoting convergence and sustainable and job-creating growth and advancing towards the completion of the Economic and Monetary Union.

We are seeing the European Union being severely put to the test. It is challenged by a series of crises in its southern and eastern environment. It is recovering slowly on the path of economic growth. Looking back at the history of the European edifice, we strongly believe in the strength of the EU and its ability to overcome these situations. But something is new in these critical times, namely the perception that these crises jeopardise the very fabric of our societies, our values, our way of life. We see terrorists attempting to spread fear and division in our societies. We have to face increasingly interwoven internal and external challenges. We see the need to preserve the combination of growth, competitiveness and social cohesion which lies at the heart of our European model while preserving our common values both internally and vis-a-vis the outside world.

We know there are no quick solutions to these very demanding problems. But we are determined to address them, working to deal with current challenges while remaining focused on important long-term issues. In this spirit, we have agreed on the following proposals

The EU has to face a deteriorating security environment and an unprecedented level of threat. External crises have become more numerous, closer to Europe — both east and south of its borders — and more likely to have immediate consequences for European territory and the security of EU citizens. Power politics are back on the world stage and conflict is being imported into our continent. The terrorist threat is growing, feeding on complex networks in and outside Europe and stemming from crisis zones and unstable, war-torn regions all over the world. Europe’s role as a credible force for peace is more important than ever.

The security of EU member states is deeply interconnected, as these threats now affect the continent as a whole: any threat to one member state is also a threat to others. We therefore regard our security as one and indivisible. We consider the European Union and the European security order to be part of our core interests and will safeguard them in any circumstances.

In this context, France and Germany recommit to a shared vision of Europe as a security union, based on solidarity and mutual assistance between member states in support of common security and defence policy. Providing security for Europe as well as contributing to peace and stability globally is at the heart of the European project.

We see the EU as a key power in its neighborhood but also as an actor for peace and stability with global reach. An actor able to make a decisive contribution to tackling global challenges and to support a rules-based international order underpinned by strategic stability, based on a peaceful balance of interests. We have considerable achievements that deserve recognition and can provide inspiration. The historic agreement on Iran’s nuclear programme was only possible because of the EU’s determined and persistent commitment. European engagement in the Minsk process has helped to contain a military confrontation in eastern Ukraine that could have easily spiralled out of control. Our diplomatic efforts have paved the way for a political settlement to the conflict which we will continue to pursue. In Libya, we support the emerging government of national accord endeavouring to address the risks posed by state fragility and instability in the Southern Mediterranean. Beyond the crises, we are convinced that Africa needs also a continuous commitment, being a continent of great challenges and opportunities.

One of the mean features of today’s security environment is the interdependence between internal and external security, since the most dangerous and destabilising risks emanate from the interaction between external threats and internal weaknesses. To respond to this challenge, Germany and France propose a European Security Compact which encompasses all aspects of security and defence dealt with at the European level and thus delivers on the EU’s promise to strengthen security for its citizens.

A first step is to share a common analysis of our strategic environment and common understanding of our interests. France and Germany propose that the EU conduct regular reviews of its strategic environment, to be submitted and discussed at the Foreign Affairs Council and at the European Council. These reviews will be supported by an independent situation assessment capability, based on the EU intelligence and situation centre and expertise from outside European institutions, with production of strategic and intelligence analysis approved at European level.

Large-scale migration towards Europe will be the key challenge for Europe’s future.

There shall be no unilateral answers to the migration challenge, which is a truly European challenge of the 21th century. Our citizens expect that we firmly regain control on our external borders while preserving our European values. We have to act jointly to live up to this expectation. Germany and France are convinced that it is high time to work towards establishing truly integrated European asylum, refugee and migration policy. Given the urgency of the matter, we should not rule out the possibility of a group of member states that share a sense of common responsibility making progress on common policies.

Finally, hosting and, in some cases, integrating refugees and migrants poses a challenge to all European societies that must be dealt with in a spirit of responsibility and solidarity. Germany and France to not share the same historical experience of immigration and integration but are committed to learning from each other. Through dialogue, exchange and cooperation, we intend to foster a more objective debate about the challenges and opportunities of immigration and integration for our societies. We hope thus to use the lessons we have learned to benefit other European states that are confronted with similar challenges.

Fostering growth and completing the Economic and Monetary Union

To this day, our common currency constitutions the most visible and ambitious undertaking of European unification. The euro has helped protect its member states from international speculation and contributed to building a common economic area. The euro reflects our commitment to the irreversibility of European integration.

However, we must admit that the crisis and its aftermath have shown up deficiencies that make citizens question whether the common currency delivers on its promises and even casts doubt on the sustainability of the project itself. We therefore intend to proceed on three fronts simultaneously: strengthening economic convergence, enhancing social justice and democratic accountability and improving shock resistance to safeguard the irreversibility of the euro. France and Germany have always seen it as their major responsibility to build a robust Eurozone able to assert its model in a more and more competitive world.

We believe we urgently need to revive this spirit to carry the debate forward. And it is the responsibility of our two countries to bilaterally proceed beyond that. We have to acknowledge that the requirements of membership and the fiscal implications stemming from the common currency have been higher than one could have expected when the euro was founded. We must therefore respect the wish of others to decide on their own when to join the euro.