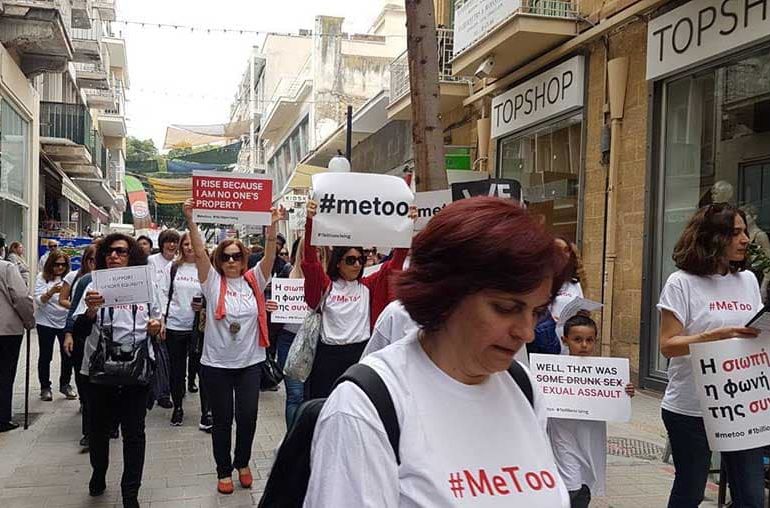 The Cyprus Mail has reported:

Why one billion? Well, that’s the figure of woman and girls across the planet who will be beaten or raped during their lifetime: one third of the entire female population. Yup. One billion. Actually, with world figures on the rise, we’re possibly looking at more than a billion who will become victims of violence. Either way, it’s a horrifying figure.

Now, while it’s all very well to take a moment to absorb the figures, the truly important thing here is what we’re doing about it. Yes, we. Because this is not something that should be left to the proverbial ‘they’, but an issue which needs to be tackled by all. And that’s why, each February, ordinary people rise to show support for the one billion women (cisgender, transgender, and those who hold fluid identities) who are subject to gender-based violence.

“Why one billion? Well, that’s the figure of woman and girls across the planet who will be beaten or raped during their lifetime”

The biggest mass action to end violence against women in human history, the One Billion Rising campaign began on Valentine’s Day 2012 as a call to action. In countries all over the world (including Cyprus), all genders and nationalities rose, expressing – in the words of campaign managers – “their outrage, and to strike, dance, and RISE in defiance of the injustices women suffer, demanding an end at last to violence against women.”

The following year, numbers grew and, by 2014 the movement was highlighting not only the issue of justice for survivors of gender violence, but an escalation in the demand for that justice under the theme of ‘Revolution’. As the years passed, further themes followed, with many of the participating countries encouraged to fine-tune the topic to local issues. By 2017, the general call was to “rise in solidarity against the exploitation of women and girls”, while 2018 saw people the world over showing support for the most marginalised members of society – “working class, minority and women on the margins in every part of the globe” – under the banner ‘Rise, Resist, Unite’.

Now, if all this sounds a bit hairy, let us set your mind at ease. One Billion Rising is a totally peaceful movement, a celebration of our collective strength when we unite under the banner of change. In over 120 countries, everyday people unite with public figures to march through the streets in a peaceful, almost celebratory manner, demanding an end to violence against women. And that includes Cyprus where, for the past few years, we’ve joined in the One Billion Rising events with a march in Nicosia from Phaneromeni Square, down Onasagorou Street, and back to the starting point.

Taking place on February 10 this year, with people gathering in the square at 11am, the event falls – as always – under the auspices of the Cyprus Women’s Lobby. But while, in 2018, the theme was rising against sexual exploitation, 2019 will see participants gathering under the banner of violence against women by their husbands and intimate partners.

“We cannot ignore the facts,” says Maria Epaminonda, Vice-President of the Board of Directors of the Cyprus Women’s Lobby. “One in 3 women across the world will face violence in her lifetime, either physical, psychological or sexual. And, according to World Health Organisation, at least 30 per cent of these women will experience this violence at the hands of an intimate partner or relative.” If you’re thinking here the statistics probably don’t apply to the more developed nations, you’d be wrong. According to a 2014 study by the European Union Agency for Fundamental Rights “one in five women across the 28 States of the European Union has experienced physical and/or sexual violence from a partner.”

“There is a great need to create awareness of the impact and consequences which violence has on a woman’s life,” Maria adds. “And we need to remind each and every person that we can all provide help or support when it’s requested or when an opportunity is just given to us. We need to act in solidarity, to call upon the state to protect each and every woman from violence; we shouldn’t turn our heads away. Last year,” she concludes, “we saw 250 people in Cyprus marching in support of the One Billion Rising campaign. This year, let your voice be heard: every person counts. Make it 251. We’ll see you there!”

One Billion Rising
Starts in Phaneromeni Square at 11am, February 10. for more information visit the Facebook page ‘One Billion Rising 2019’ Women in need of help and support can call the 1440 Helpline (Association for the Prevention and Handling of Violence in the Family)

This is a movement that needs everyone’s support, violence is actually increasing and sexually motivate attacks are also on the increase. The UK has a law to help protect people (male and female as the figures for attacks on men are only slightly less) called “Claire’s Law” it is crucial that people are educated in how to check if potential partners have a history of violence, or any form of abuse. It is also crucial that NOBODY feels that they should suffer in silence, this is a noble cause and we should all support it.