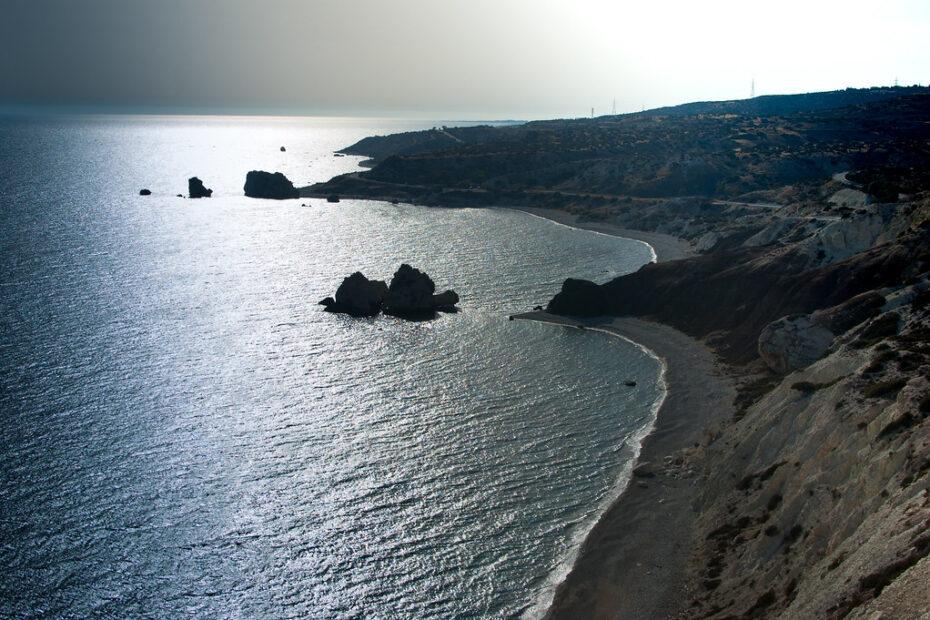 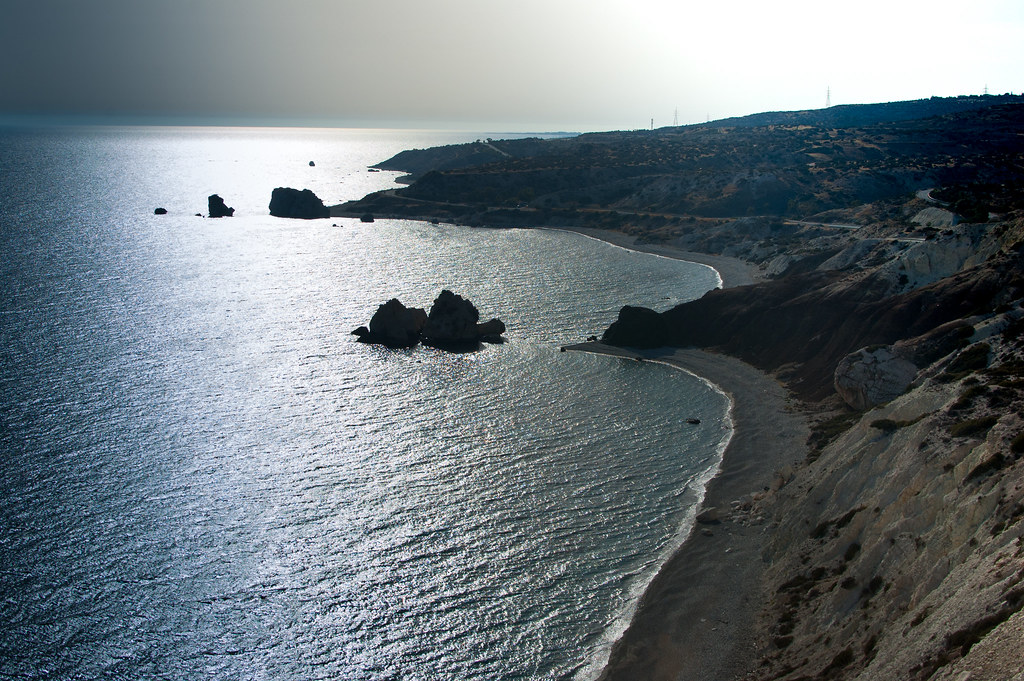 Cyprus is renowned as the island of beauty. The “Petra tou Romiou” area is one of the most beautiful coastlines in Cyprus, where, according to mythology, Aphrodite rose from the waves. The Greek name “Petra tou Romiou” (“the Rock of the Greek”) is associated with the legendary Byzantine hero, Digenis Akritas, who, according to legend, kept the marauding Saracen Arabs (7th-10th centuries) at bay with his amazing strength. With one hand he was said to have grabbed hold of the Kyreneia mountain range thereby forming “Pentadaktylos”, the Five Finger mountain, while with the other hand he heaved a huge rock and tossed it into the sea at the Saracens who were trying to land. The rock still remains and thus gave the region its name. The site is a stop on the Aphrodite Cultural route.

Petra tou Romiou, a rock off the shore along the main road from Paphos to Limassol, has been regarded since ancient times as the birthplace of Aphrodite, goddes of love and fertility.

According to ancient tradition, Aphrodite was born from the waves on the site off the coast of Cyprus. In his Theogony (178-206), Hesiodprovides the following dramatic account of the event:

Aphrodite was then escorted ashore on a shell by the soft breezes of the Zephyrs at the rocks known as Petra tou Romiou.

This myth is, of course, most memorably depicted in Botticelli’s Birth of Venus (on display in the Uffizi Gallery in Florence). A much older rendering of the event can be seen in a fine mural at Pompeii.

Homer’s account of Aphrodite’s birth is less dramatic. He said she was the daughter of Zeus and the fresh water nymph Dione, at whose bosom she would sometimes seek solace (Iliad 5.370-417).

Petra tou Romiou means “the Rock of the Greek” and does not refer to Aphrodite but to another myth, that of the Byzantine hero Digheniswho threw the rocks at pirates to protect his lady.

It is said that in certain weather conditions, the waves rise, break and form a column of water that dissolves into a pillar of foam. With imagination, this looks for just a moment like an ephemeral, evanescent human shape.

There is a long narrow pebbly beach at Petra tou Romiou that extends to either side of the largest rock and its satellites. 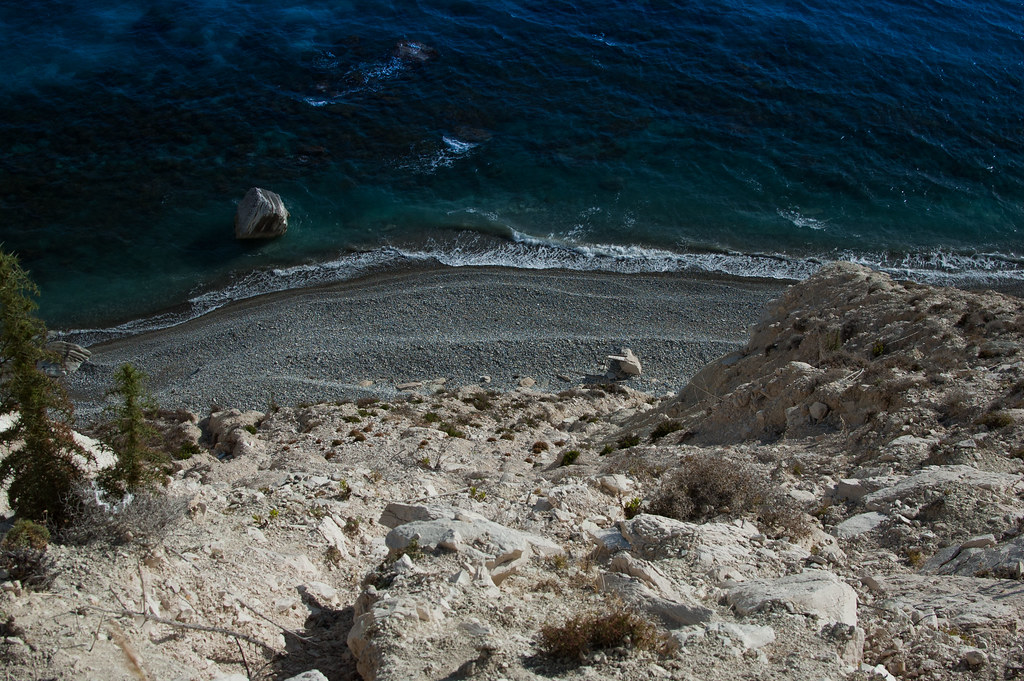 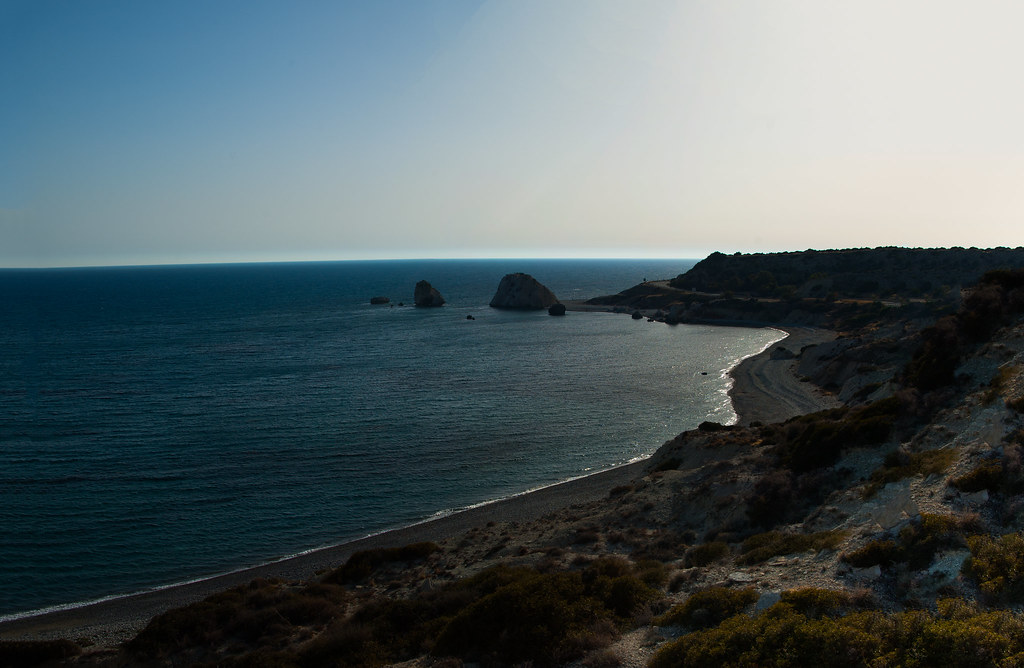