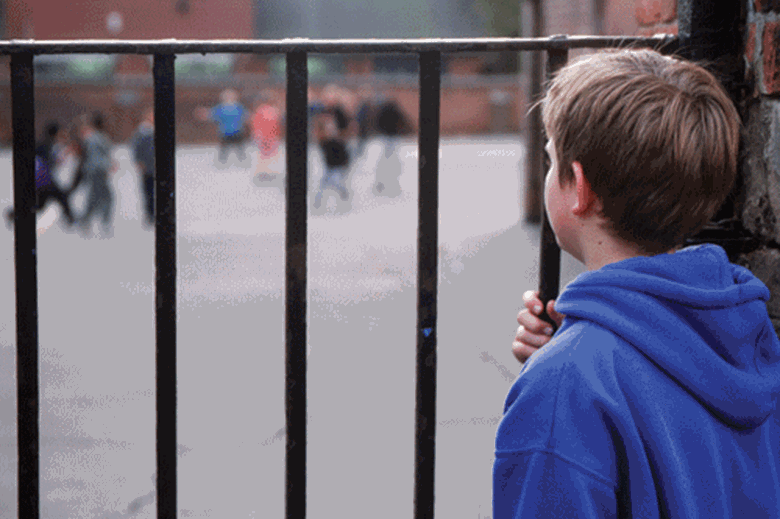 What options to parents have to control their children’s behaviour?

As a father who raised a child statemented for ‘special needs’ and with behaviour issues single-handedly, I found that my hands were tied. I had absolutely no support with my child’s behaviour, yet I was the one who was made to feel the blame for her behaviour. When she got to 11, following the change to the two-tier system, I had to make a very difficult decision, should I have allowed her to go to a newly established secondary school, with almost 2,000 pupils, which would have been possible, given that she was officially borderline, or should I have sent her to a local ‘special needs’ school?

I was totally convinced, having had issues with her already at primary school, where I was called in to explain, or apologise for something she had said or done many times, as though it were my fault, therefore, I knew that if she were to attend a mainstream secondary school, she would have been bullied, isolated and I would have had a very difficult time.

For her own safety, I decided to send her to a special needs school, the numbers were very small and I believed that they would be much more understanding. whilst the teachers most definitely had more time for her, the issues did not go away, they actually got worse.

Why did her behavioural issues deteriorate?

As this was a ‘special needs’ school, they had a bespoke manner in which they treated children, We need to keep in mind that some of the children had far worse conditions than my daughter, varying degrees of disability, both physical and psychological, therefore, the first priority of the school was to endeavour to give the children some semblance of normality.

There was a room in the school which was called the ‘angry room’ which was there for whenever the children were upset, so that they could go and be alone until they calmed down. However in this room, they had access to refreshments, including Tea. It did not take my daughter long to figure out that by simply by saying she was angry, she could leave the classroom, sit in the ‘angry room’ listen to her music on her mp3 player and drink Tea!

As always, I encountered incident after incident, with the head-teacher calling me to inform me, with a tone that indicated that I was somehow to blame, I often didn’t know what to say, what exactly was I supposed to do?

On one occasion, I received a call from the head-teacher, she said, “your daughter was playing football and she just kicked four boys, this is unacceptable” I replied, “what would you like me to do” to which I received a vague and unhelpful response.

I had tried everything that I could think of, I scoured the internet for advice, after all, there is no ‘guide to successful parenting’ available. I then came across something called ‘tough love’ this was a process of denying children all but their absolute necessities, returning them one by one, as a reward for good behaviour.

I then contacted the school and asked them to forbid my daughter form using her music player at school, as she was being punished for her terrible behaviour, to which I received the following response:

“This school has a policy of ignoring bad behaviour and rewarding good behaviour, therefore we cannot do that!”

How was I supposed to react to that? I tried to emphasise that I had taken their concerns about her behaviour seriously and that I was doing all that I could to address this. I explained exactly what I was doing and that I was finding that at home, her behaviour had improved, as she naturally, wanted her possessions back. I was then contacted by the school and warned that my actions were contrary to my daughter’s ‘human rights’

In a thinly veiled threat, I was basically told that I would face consequences if I continued to punish my daughter in this manner. I took this on board and decided on another strategy to deal with this blatant school policy of ‘total responsibility yet no support’

I waited for the next incident of bad behaviour from my daughter, when the head-teacher called, with the usual ‘I’m to blame’ tone, I responded as follows:

“My daughter got up by herself today, took her medication, eat her breakfast and made her way to school in good time, I have adopted your policy of ignoring bad behaviour and rewarding good behaviour, therefore, as far as I am concerned, I have no issue with her, if she is misbehaving at school, I would urge you to reflect on your ability to manage her, which is not my responsibility”

This did not go down too well, I knew from her previous attitude of ‘passing the buck’ that I would encounter further issues, which I did. Several weeks later, after my daughter had basically won the battle of wits with her possessions, her behaviour became uncontrollable. On one occasion, when I was at the end of my tether, she swore at me, which I will not tolerate. so I smacked her and took her mobile.

The next day, I received a condescending, authoritative call from the head-teacher, demanding that I visit the school immediately, when I asked why, she responded, “I’m sure you know why”

On arriving at the school, I was received by a policeman, hardly in his twenties. I had to sit through an hour of lectures about smacking and I also had to show remorse, with the underlying threat that if I did not, I would be prosecuted. I responded exactly as required and that was the end of the matter.

When my daughter got home, I told her what had happened and I explained that if the police had acted, she would have gone in to care, as there was nobody else to look after her. Her response was “I didn’t want that, I wanted them to teach you a lesson for taking my phone”

It was at this point that I realised that if I did not do something drastic, I would have not only suffered the sacrifice of trying to be a good parent, but I could face punishment for my efforts. Regardless of the attitude of the school, I had a great relationship with social services, they were very understanding and did all they could to help, even arranging the occasional day for respite, which is when your child can visit a children’s overnight unit, engage in activities, so that parents who were struggling like myself could have a day to recover. Unfortunately, my daughter’s condition was not deemed serious enough to be eligible, therefore, despite their best efforts, the respite ended.

I explained my situation and forewarned them that I would need to deal with the attitude of the school, by ‘calling their bluff’ so that if my response were referred to them, they would be aware.

When the next incident occurred at the school, I responded in a manner that took them totally by surprise. Following yet another cynical reprimand by the head teacher, I responded with:

“I’m really sorry that you constantly express disappointment with my parenting, I can assure you that I have done nothing other than try my best, I work around my daughter, I have started an online business so that I can pay my way and still be available to look after her in person, yet I still do not seem to meet with your approval. There comes a time when we need to admit that we are out of our depth and for me personally, that time is now. I have kept records of everything that has happened, including details of all the occasions that you have called to apportion blame to myself. I feel that I now have no option but to admit that I am failing at this, therefore, I will be arranging to meet with social services to inform them of the situation. Heart-breaking as it may be, I must admit that I am failing at this and it may be time for them to make other arrangements for my daughter, for her own good. I will of course be mindful to credit you with your efforts to reprimand me for my failings and that I have finally decided to take your words on board and basically give up, I can’t see that I have any other option!”

This was the turning point, attitude adjustment is an understatement! The head-teacher changed her attitude immediately, she assured me that I would be provided with support, that they were fully aware that I was doing my best and that my personal sacrifices to raise a troubled child alone were not unnoticed.

From that day forward, I never had another call from the school, for the remaining two years that my daughter attended. The next time that the social worker visited me, I updated her on exactly what I had done and why, she smiled and even though she could not commit herself one way or the other, she said, “you are an exemplary parent and you should be proud of what you are doing, under very demanding circumstances”

How does this relate to the exclusion or not as the case my be of children from schools?

This is totally relevant, how can parents discipline children if they have been left with no manner of doing so? Yes we all know that those who are able to, simply resort to bribery, purchasing their children’s co-operation with expensive gifts, the latest phones, branded clothing and such like. What does this actually achieve? Little more than raising a generation of ‘little princess/princesses’ who have no concept of the notion of value. The next generation of spoilt adults who don’t know what they want, but they want it now. We can see the effects of this up and down the country, but nobody dares to speak up about it, why would they?

When a child is in their ‘terrible two’s’ as it’s called, they often resort to tantrums, these are little more than a war of wits, the first one to give in is an idiot. A responsible parent will never give in, but many do, just to make their life easier, but that sets a precedent for the rest of their lives. When they don’t get what they want, they resort to tantrums, vandalism or even violence.

Teachers often suffer the brunt of this, which is not right. However, when we are in a society that to one degree or another exercises the very policy that my daughter’s school did, ‘ignoring bad behaviour and rewarding good behaviour’ the problem will only get worse. How can parents be responsible for children who misbehave, when they are powerless to respond?

This is not simply a case of ‘exclude or not to exclude’ this is a matter of social and environmental climate that has stifled discipline, domestic structure and respect from children, which is not good for them, for their parents, for teachers and for society.

“Spare the rod and spoil the child”

This sounds like a complete nightmare! I can’t imagine what it must have been like, but the parallel that you have drawn, between the lack of discipline in modern youth and the issues in the schools are spot on.

This sounds like a complete nightmare! I can’t imagine what it must have been like, but the parallel that you have drawn, between the lack of discipline in modern youth and the issues in the schools are spot on.