The end of the Gold standard that created FIAT currency 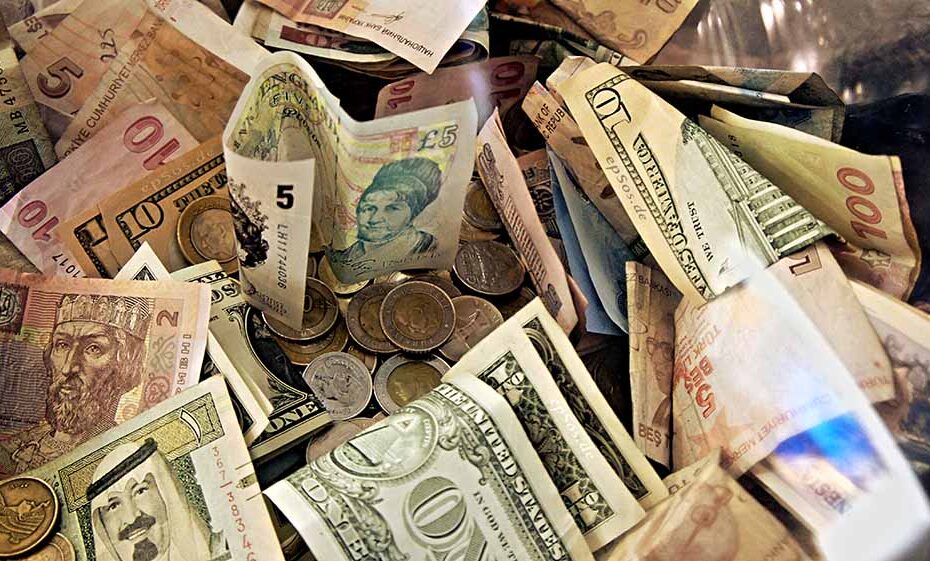 The end of the Gold standard that created FIAT currency

I have no doubt that your initial response would be that this is absolute rubbish!

“You are just another ‘conspiracy theorist’ looking for reasons to alarm people for your own ends!”

Are you aware that this is stated clearly, in black and white, on the Bank of England’s website?

“Saving does not by itself increase the deposits or ‘funds available’ for banks to lend. Indeed, viewing banks simply as intermediaries ignores the fact that, in reality in the modern economy, commercial banks are the creators of deposit money.”

For over two thousand years, currency was backed by Gold, this began with the minting of Gold coins. Gold coins were first struck on the order of King Croesus of Lydia (an area that is now part of Turkey), around 550 BC. They were stored in a safe place, of vault, then people could trade using promissory notes, which they could exchange for Gold at any time. This enabled people to trade their Gold, without having to physically carry it around and how paper money began to evolve.

Fast forward to the eighteenth century and Silver was used by the British empire, but due to several factors including was and trade deficits, then, in 1717, Sir Isaac Newton, as master of The Royal Mint, set up a new mint ratio that dramatically reduced the amount of silver in circulation, an act which was followed by the introduction of the new gold Sovereign in 1816.

These factors led to the establishment of the world’s first formal gold specie standard in 1821, in which the monetary unit was tied to the value of circulating gold coins.

The UK continued to base the British pound on Gold until the crash of 1929, when the economy went in to meltdown, leading the UK leaving the Gold standard in 1931. By this time, the USA was firmly established as the world’s largest economy, a position that it had claimed in 1890. Thereby, most of the world’s currencies were now basing their value on the US Dollar, which was in turn pegged to the value of Gold. This was a role that the USA enjoyed and exploited, as it could control the value currencies around the world, for it’s own benefit.

However, the US economy was also in depression, which resulted in President Roosevelt taking drastic action.

On June 5, 1933, the United States went off the gold standard, a monetary system in which currency is backed by gold, when Congress enacted a joint resolution nullifying the right of creditors to demand payment in gold. The United States had been on a gold standard since 1879, except for an embargo on gold exports during World War I, but bank failures during the Great Depression of the 1930s frightened the public into hoarding gold, making the policy untenable.

Soon after taking office in March 1933, President Roosevelt declared a nationwide bank moratorium in order to prevent a run on the banks by consumers lacking confidence in the economy. He also forbade banks to pay out gold or to export it. According to Keynesian economic theory, one of the best ways to fight off an economic downturn is to inflate the money supply. And increasing the amount of gold held by the Federal Reserve would in turn increase its power to inflate the money supply. Facing similar pressures, Britain had dropped the gold standard in 1931, and Roosevelt had taken note.

On April 5, 1933, Roosevelt ordered all gold coins and gold certificates in denominations of more than $100 turned in for other money. It required all persons to deliver all gold coin, gold bullion and gold certificates owned by them to the Federal Reserve by May 1 for the set price of $20.67 per ounce. By May 10, the government had taken in $300 million of gold coin and $470 million of gold certificates. Two months later, a joint resolution of Congress abrogated the gold clauses in many public and private obligations that required the debtor to repay the creditor in gold dollars of the same weight and fineness as those borrowed. In 1934, the government price of gold was increased to $35 per ounce, effectively increasing the gold on the Federal Reserve’s balance sheets by 69 percent. This increase in assets allowed the Federal Reserve to further inflate the money supply.

The government held the $35 per ounce price until August 15, 1971, when President Richard Nixon announced that the United States would no longer convert dollars to gold at a fixed value, thus completely abandoning the gold standard. In 1974, President Gerald Ford signed legislation that permitted Americans again to own gold bullion.

What did this mean for currency?

From the point that the value of currency was completely disconnected from the price of Gold, it was not really genuine currency any more,  as it’s value was not based entirely on promissory or subjective value, but in reality, modern currency or ‘FIAT’ currency (taken from the Latin FIAT meaning ‘let it be done’)

The most serious impact of FIAT currency is that due its value being based on confidence, or rather, how people feel about it, it can fall in value. If we consider that the value of a British pound has lost over the last century is staggering.

This is the consequence of FIAT currency, but just to put this in to perspective, let’s take a look at the value of a Gold coin.

Back in its early days, during the Greek/Roman periods, a Gold coin would have bought you a Toga, a belt and a good pair of sandals, today, a Gold coin could more or less, buy you a good suit, a belt and a pair of shoes, hardly any loss in its buying power of 2,500 years!

This is because FIAT currency has not intrinsic value and as Government print (or create) more money, the value of it falls continually. It could be argued that every time a Government puts more money in to circulation, or every time a bank ‘creates’ money out of thin air, they are actually stealing the money (albeit worthless in reality) from hard working people. This is a fact that they do not want you to be aware of.

So how does it work?

Most people incorrectly believe that depositors place their savings in to a bank and the bank, then lends it out, making a profit on the difference between the interest received and the interest paid, right? Wrong!

This is incidental, in fact, when you go to a bank to borrow money, the bank creates a promissory note on their system, which is transferred to your account, thereby, creating the money that you have borrowed, they then enjoy collecting interest from you for years, or decades, for something that does not exist!

There are regulations in place to control the supply of money, this is called ‘Fractional Reserve Lending’ which basically means that banks must hold around 10% of the money that they ‘create’

For example, a bank has £100, it can create a loan of £900, keeping 10% of the total, which is £1,000, but some of that £900 that it has lent, will eventually make its way back to the bank, meaning that some of the money that it has ‘created’ can then be used to leverage more loans, creating more money.

What happens to those who refuse to comply to the FIAT system?

I’m sure that this is just a coincidence (cough, cough) but Iran, Iraq, Syria and Libya, to name a few, are or were currencies that were not in debt to the world bank, that is, they did not allow themselves to be in debt to FIAT or ‘created’ money and in fact, before his demise, Gadhafi had announced that he intended to refuse to accept US Dollars as payment for Oil and in future, he would be demanding payment in Gold. I’m sure that this is just a wild coincidence of course, but one worth keeping in mind.

How does this affect inflation?

If we accept the notion that banks create money, we must also accept that they need people to borrow that money to make a profit. Then we must also accept, that if there is no inflation, or negative inflation, then the cost of borrowing increases, thereby mitigating the benefits of borrowing and actually increasing the cost of the interest payments that borrowers make.

If we take all of these factors in to account, the real ‘slight of hand’ behind FIAT currency become increasingly obvious, with savers and working people being at the brunt of the consequences.

Add to that the fact that FIAT currency creates inflation, because the value of it is constantly falling, the biggest losers are savers and employees, but why is that?

Savers frequently suffer the devaluation of their savings due to inflation and employees suffer a fall in pay, because the effects of inflation are instant, that is, as soon as prices rise in shops, for energy, cars etc. that extra cost must be borne immediately, but employees must wait and more often than not fight for a pay rise, just to recover the loss they have suffered from inflation, and even when they are successful, those pay rises are always paid in arrears, that is after the fact’ when they have paid more than before, for weeks, months or years, before their pay rise makes up for the shortfall. Businesses on the other hand, raise prices ‘on the fly’ ensuring that their income is adjusted for inflation immediately.

You can read the full Bank of England report HERE