The erosion of our society – The emancipation of women 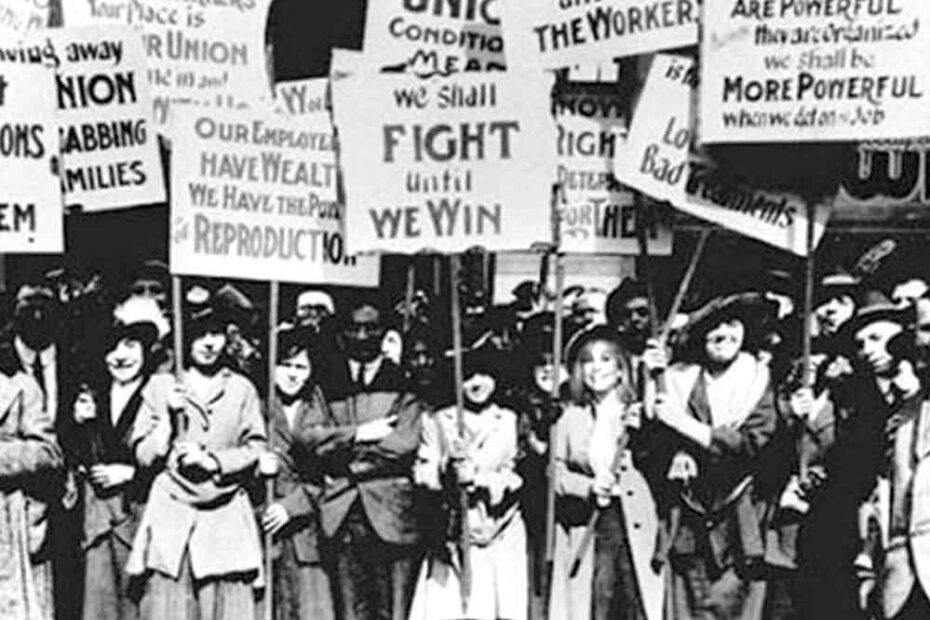 The erosion of our society – The emancipation of women

I have no doubt, that the title may initially strike a very chauvinist image, but actually, nothing could be further from the truth. I actually intend to make the argument that in many ways, women have become victims of the hard fought battle for the rights that they deserve.

As I wrote in another article recently about the Married Women’s Act 1882 just a few weeks ago, on the 18th of August, it was the 140th anniversary of this momentous law, prior to which, married women had absolutely no rights whatsoever, they could not own anything and were simply considered to be possessions of their husbands.

I’m still shocked that the 18th of August came and went, without so much as a mention. When we look back, 140 years may seem a long time away, but considering that I still remember 1982 like it was yesterday and that was 40 years ago, then 140 is not that far back.

It was another thirty six years until women were to win the right to vote in 1918, with the Representation of the People Act 1918, but the criteria was not equal between men and women, until the Equal Franchise Act 1928, when women were finally allowed to vote under the same conditions as men.

However, salaries were a different matter, it was going to be another forty two years until the The Equal Pay Act 1970 ensured that women could not be discriminated on pay in the workplace.

At first glance, it may appear that the battle was finally won, but was that really the case? I say not!

Through the seventies, women began to see great benefits from the newly acquired independence, earning themselves positions that would not have been possible previously, they were now able to make life-decisions that were based on want, not need. This was all well and good, but by the eighties, things had begun to change, the battle took on a more hostile tone, known as ‘Third Wave Feminism’ it seems that behind the scenes, there were influencers who had were creating divisions and hostility between the genders, rather than equality.

There are many arguments for and against the changes in the last three or four decades and I for one am certainly not against anything that would cut the historical mantra of misogyny, but on reflection, I would say that by the nineties, the pendulum had swung too far, the CSA was driving men to suicide, which reached the highest point in history, especially amongst middle-aged men. Perhaps it was time for retribution, perhaps there was good reason for men to be denied the upper hand that they had always had, but there was a price to pay for this.

The flipside of this is that in the modern day, women are for the sake of appearances better off than ever, but I believe that there is a parallel argument that in many ways, life is harder for women than ever.

As women have become more empowered and men have become increasingly subjugated, socially, legally and professionally, they have gradually absolved themselves from the responsibility of life, just a few decades ago, many men were married with a child at twenty one, taking on the responsibility of a family, how many would even consider that at thirty or even forty nowadays, let alone in their twenties? Sadly, the number is dwindling year on year. Life has become so difficult that the birth rate is collapsing, women are pressured to put career before family in their twenties and thirties, then there comes a time when they feel the natural instinct to have a child, but they then have the arduous task of finding a suitable father, which is no mean feat in the modern world.

As a result, many women go it alone, choosing, or having no other alternative but to go ahead and have a child without the support of a family unit, which means that many women in modern Britain have all the pressure of a career, where they more than likely still fee that they need to apply themselves more than the men around them for many different reasons, whilst bearing the full responsibility of being female (assuming I’m still allowed to use this definition that has become increasingly offensive to some) and mothers.

The other sinister side-effect of this mutation of sexual desire is the worrying increase in sexual attacks on women, which is anything from rape to unhindered violence, with many young girls who would have previously been growing closer to a young man in the natural way, finding themselves treated in the most humiliating and degrading manner, frequently scarring them for life, this is not how the society that we have come so far to create should be, is it?

I appreciate that this may at first glance appear to be a totally separate topic that bears no relation to the issues that we face as a society at present, especially as we are now in the middle of a cost of living crisis and a serious housing crisis, but I beg to differ, this is yet another tentacle of the beast that seeks to destroy the family unit, communities and society as a whole, breaking us down from a strong collective, in to weak and irrelevant individuals who have no voice, no influence and no alternative other than to pander to those in power.

In short, I would like to end with this thought:

Has society been so focussed on rights for women, (albeit justified) that society has neglected to focus on something equally or even more important, respect for women?