The Famous ‘Social Experiment’: 5 Monkeys and a Ladder 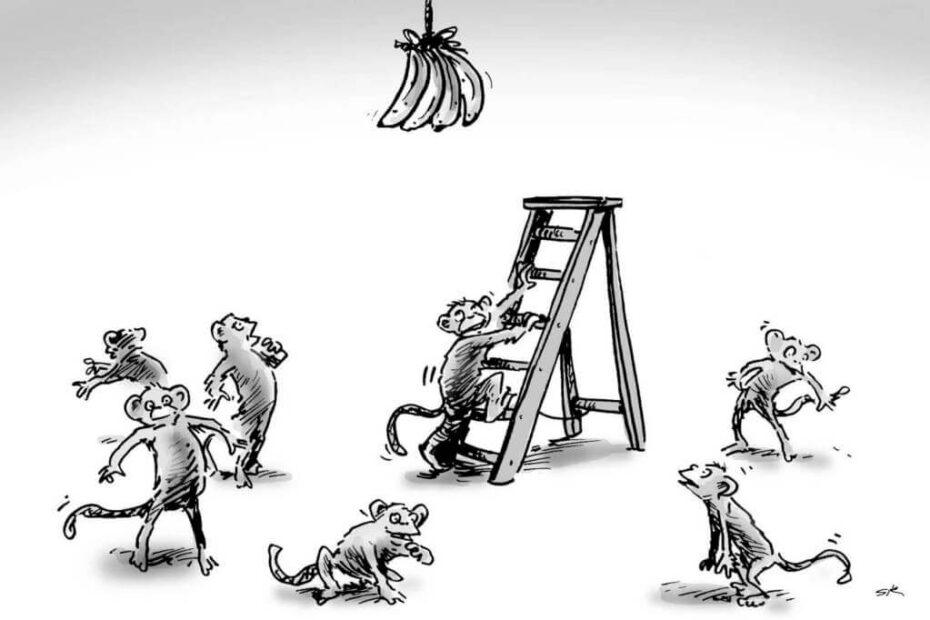 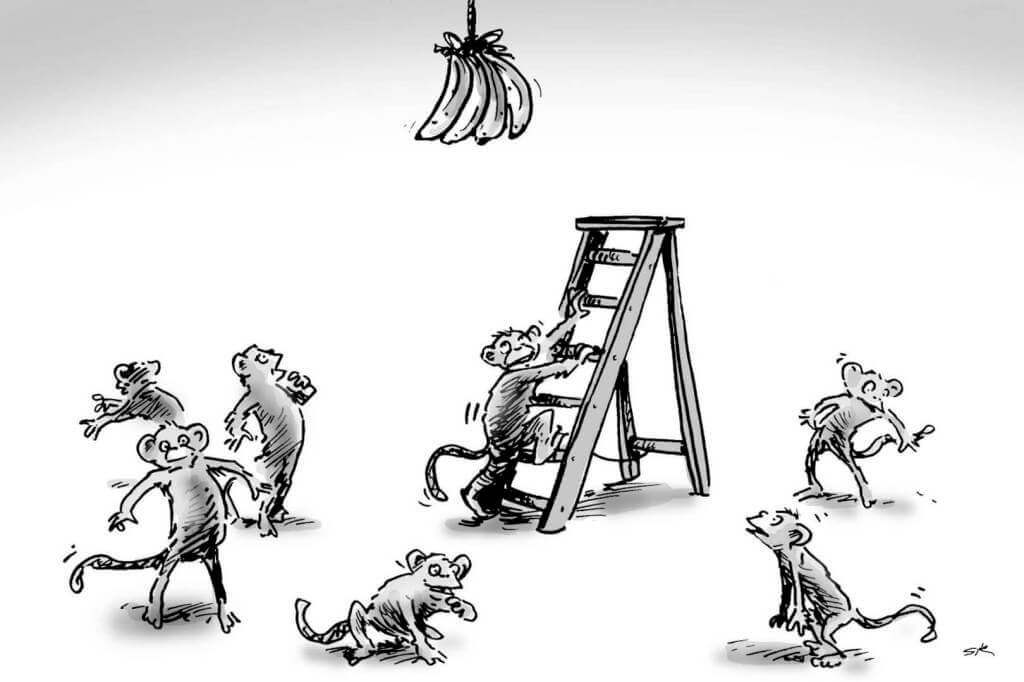 Question: Can you think of a situation that you have been part of, one where there is an unwritten rule that almost everyone complies with, and nobody really knows why?

This rule dictates how people behave and is often about stopping people doing something. The reasons why the ‘rule’ exist are unclear, and nobody can adequately explain the behaviour.

It is part of “the way things are done around here”.

A group of scientists placed five monkeys in a cage, and in the middle, a ladder with bananas on top. Every time a monkey went up the ladder, the scientists soaked the rest of the monkeys with cold water.

After several beatings, the new monkey learned never to go up the ladder, even though there was no evident reason not to, aside from the beatings. The second monkey was substituted and the same occurred. The first monkey participated in the beating of the second monkey. A third monkey was changed and the same was repeated. The fourth monkey was changed, resulting in the same, before the fifth was finally replaced as well.

What was left was a group of five monkeys that – without ever having received a cold shower – continued to beat up any monkey who attempted to climb the ladder. If it was possible to ask the monkeys why they beat up on all those who attempted to climb the ladder, their most likely answer would be “I don’t know. It’s just how things are done around here.”

Does that sound at all familiar?

What are the lessons here?

Taking this experiment at face value (and there are those who argue that it did not actually take place) there is no doubt that we as citizens of a controlled society are being subjected to this experiment on a daily basis. We live by unwritten rules, often termed as ‘ETIQUETTE’  but in reality, are we actually being subjected to subliminal control, designed to make us capitulate to the people behind the people?

Is there basis in fact here to take the next step in the path to understanding and exposing social engineering and cultural Marxism? I believe that there is. In fact, many of the trivial laws and by-laws in modern society are designed to create ‘Blind Subservience’ this, I will NEVER accept.