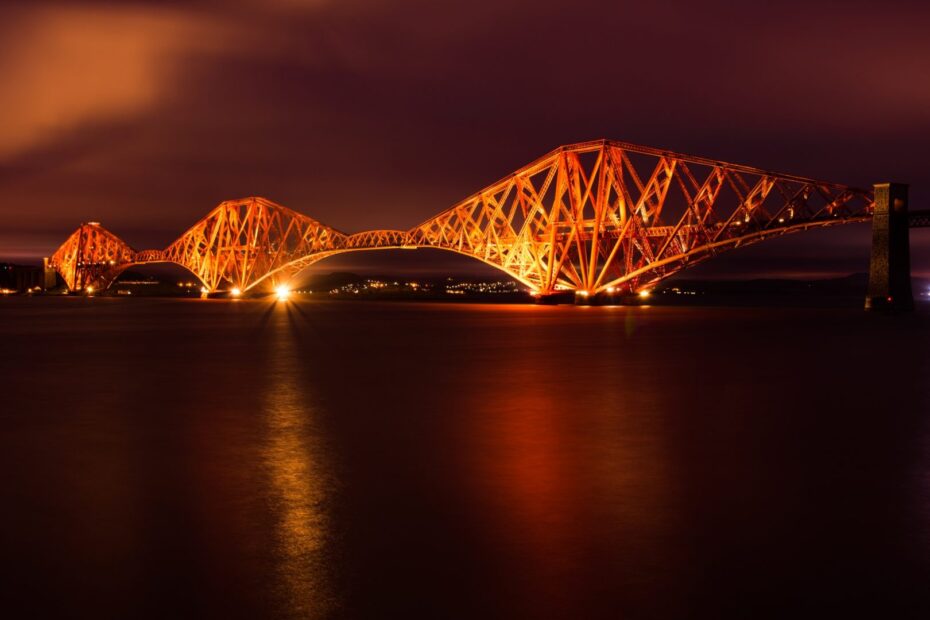 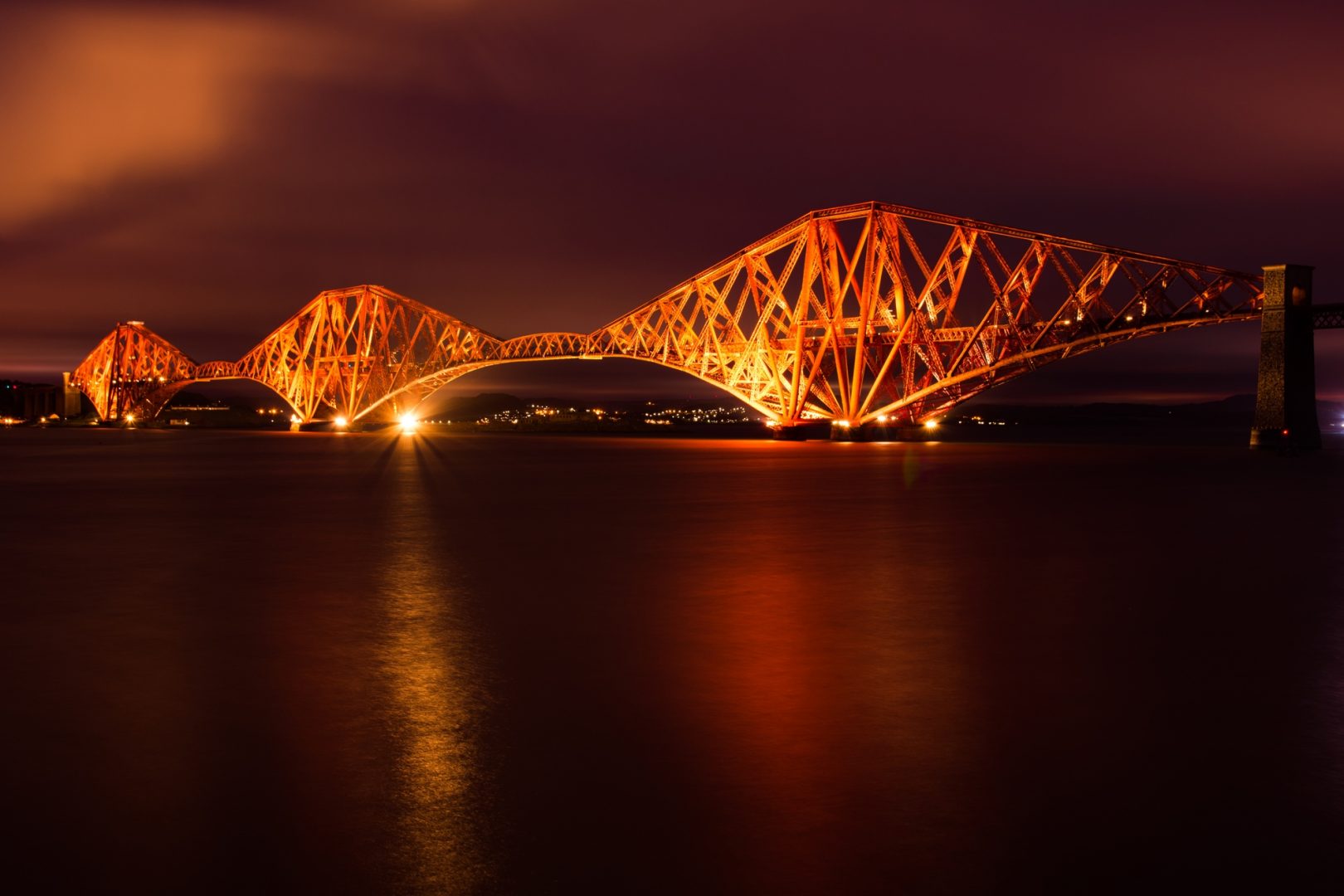 On my journey south from John o’ Groats, I drove continually past Inverness,  then through the stunning Cairngorms National Park, past Perth and then on to Edinburgh. By the time I reached Edinburgh, it was almost dark, but as I crossed the Forth road bridge, I could not help staring at the Forth Rail Bridge, even though I had seen images of it, when I was crossing the Firth of Fourth, it was an amazing site.

I hadn’t really done a lot of research for the best vantage points just behind a wall on Newhals road, ( B924)

I parked up and walked around central Edinburgh at night with a big heavy tripod like a true enthusiast, I set up my camera and took a few shots, by this time it was very late at night and dark, but there was enough ambient light for a stunning long exposure shot, I think it was something like 30 seconds.

Some information on the bridge………….

This railway bridge, crossing the Forth estuary in Scotland, had the world’s longest spans (541 m) when it opened in 1890. It remains one of the greatest cantilever trussed bridges and continues to carry passengers and freight. Its distinctive industrial aesthetic is the result of a forthright and unadorned display of its structural components. Innovative in style, materials and scale, the Forth Bridge marks an important milestone in bridge design and construction during the period when railways came to dominate long-distance land travel.

The Forth Bridge, which spans the estuary (Firth) of the River Forth in eastern Scotland to link Fife to Edinburgh by railway, was the world’s earliest great multispan cantilever bridge, and at 2,529 m remains one of the longest. It opened in 1890 and continues to operate as an important passenger and freight rail bridge. This enormous structure, with its distinctive industrial aesthetic and striking red colour, was conceived and built using advanced civil engineering design principles and construction methods. Innovative in design, materials, and scale, the Forth Bridge is an extraordinary and impressive milestone in bridge design and construction during the period when railways came to dominate long-distance land travel.

This large-scale engineering work’s appearance is the result of a forthright, unadorned display of its structural elements. It is comprised of about 54,000 tons of mild steel plate rolled and riveted into 4m diameter tubes used in compression, and lighter steel spans used in tension. The use of mild steel, a relatively new material in the 1880s, on such a large-scale project was innovative, and helped to bolster its reputation. The superstructure of the bridge takes the form of three double-cantilever towers rising 110 m above their granite pier foundations, with cantilever arms to each side. The cantilever arms each project 207 m from the towers and are linked together by two suspended spans, each 107 m long. The resulting 521-m spans formed by the three towers were individually the longest in the world for 28 years, and remain collectively the longest in a multi-span cantilever bridge. The Forth Bridge is the culmination of its typology, scarcely repeated but widely admired as an engineering wonder of the world.