The next property bubble in Cyprus 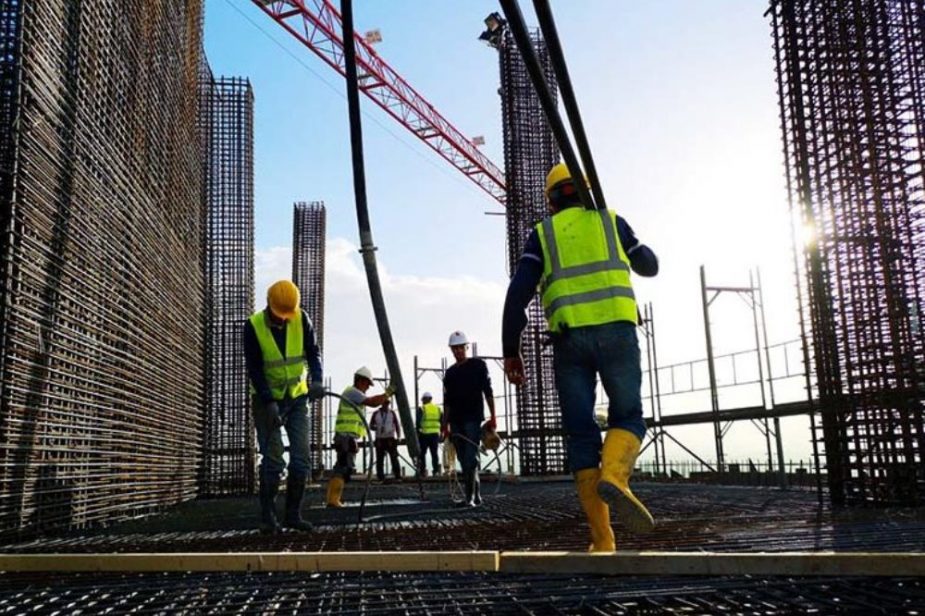 Cyprus could be inflating another property bubble through the citizenship-by-investment programme, and at a time when such extraordinary policies are no longer necessary, distinguished economist Christopher Pissarides has warned. Now based in London, the 2010 Noble Laureate in Economics tells the Sunday Mail he is monitoring developments on the island and is not sanguine about the economic policies implemented, calling them unsustainable in the long run.

“It looks like we may be creating another bubble in the property sector. The property market in Cyprus is growing at a rate that’s out of sync with the fundamentals of the economy at large, such as GDP, demand and demographics,” he said.

According to the Rics Cyprus Property Price Index as at June 30, 2018 property prices across Cyprus, on an annual basis flats increased by 7.6 per cent, houses by 4.8 per cent, offices by 11.6 per cent, warehouses by 4.2 per cent and retail by 1.7 per cent. For comparison purposes, GDP growth for 2018 hovered around 4 per cent. Pissarides says the upsurge in demand for property is being driven by artificial factors – a specific government policy, the citizenship-by-investment scheme.

“Fast-rising property prices and increased construction activity are risky, and not a good sign for the economy, which might be damaged in the future.”

Essentially, punters are looking not to acquire Cypriot citizenship so that they can live and work on the island, he said. “What they’re after is a European passport. I’m in London now, and I bump into people who tell me they live in the UK but have a Cypriot passport.

“When I ask them how they got the passport, they say ‘Oh, I bought a house in Limassol’. This whole business reminds me of the sham marriages scheme.”

Official statistics show that during 2018, 4,367 properties were purchased by foreign buyers, of which 1,428 were EU nationals and 2,939 non-EU nationals. Purchases by foreigners accounted for almost half of all sales, which totalled 9,242. According to the latest data released by the Department of Lands and Surveys, in 2018 aggregate sales of property were 6 per cent up on the previous year.

In absolute numbers of property sales, Limassol led the way with 3,411. Is there a property bubble? The jury is still out on that one. George Mouskides, general manager of FOX Property Group, tells the Sunday Mail that the property market in Cyprus normally hovers between 9,000 and 10,000 transactions per year. In this respect, the 9,242 sales contracts filed in 2018 are not out of the ordinary.

In fact, the 6 per cent overall rise in transactions is a “healthy increase”, Mouskides said, adding that the market may be correcting after previous years. As for the proportion of foreign buyers, this has indeed been going up since 2013 and the introduction of the citizenship-by-investment scheme. However the apparent surge in foreign buyers from 24 per cent of all sales in 2017 to 47 per cent in 2018 is misleading.

The department of lands and surveys has amended its definition of foreign buyers, although it has not explained in what way. The department itself includes a footnote in its statistics cautioning the public that comparisons to 2017 and before are therefore not reliable.

On the ‘sharp’ drop in December 2018 sales (domestic and foreign buyers) compared to December 2017, again a disclaimer is in order. Average property sales stand at about 700 per month. But in December 2017, sales had soared to 1,537. The reason: people were scrambling to buy or transfer property before the VAT came in on January 1, 2018. The December 2017 spike was therefore a one-off, Mouskides explains.

Regarding prices, again it’s not cut and dry. Rates have shot up in coastal areas, especially Limassol, due to the construction of high-rise buildings. That is because the cost per metre rises the higher up you go. But elsewhere, the small increase in property prices is nothing to write home about. Back to Pissarides who qualifies that, for the time being, the situation appears to be going well.

But, he muses, “Let’s say a meeting is convened at the European Commission, and as you know a new EC president is coming in this year. What if the new EC president says they can’t tolerate this passport scheme in Cyprus anymore, that it needs to be curtailed? The bubble will burst instantly.”

Moreover, in his opinion, at this stage there’s no need for Cyprus to pursue such emergency measures: the economy has come out of recession, the budget is balanced, while the banking system slowly regains the public’s confidence. The absorption of the co-op bank by Hellenic and Bank of Cyprus’ handling of non-performing loans (NPLs) are steps in the right direction, albeit belated.

“Over the next two years I hope to see a significant decline in NPLs. But in order to restrict NPLs, debtors need to find money. And the only way for them to find the money is for the economy to rebound. If that happens, all well and good, the banking system will be on a sound footing.

“OK, but what happens next? People will start seeking loans to start up businesses. But where will these investments be made? This is what matters. The supply of loans has to be matched by demand.”

“There’s many little things we can do, but frankly it’s beating about the bush. If you want real reform, you have to go the heart of the problem. And the core problem is the public sector and how it serves the private sector.”

The top priority should be to reform the public sector. This takes many forms: cutting red tape generally, proper enforcement of the law, expediting registrations for companies, making courts more efficient so that commercial disputes don’t take years to resolve as they do now. All the above would encourage not only locals to invest in new businesses, but also foreign corporations to choose Cyprus as their base.

“There is much that needs to be done, but there are obstacles in the way. Privatising the state telecoms and power companies is a must, but the government seems to have walked back on its intention to do so, faced with opposition from the unions.

“And even where the government does show determination to press ahead with reforms, these stumble on resistance from parliament.”

Asked to grade the government, Pissarides offers: “Top marks on the fiscal side, but bottom marks on reform.”

Cyprus has been participating in actually selling EU citizenship, which is not only immoral, but it is to the detriment of Cypriot nationals who are finding themselves in the middle of a ridiculous property bubble that is leaving them unable to afford a home. What makes it worse is that the people who are ‘Parking their ill gotten gains’ in Cyprus, DO NOT have nexus with Cyprus, they do not have any loyalty to Cyprus, nor do they care about the tragic side-effects of their actions.

We now have a situation where overseas investors are actually investing in developments to sell on to other overseas investors, further inflating prices and there is no benefit to local people throughout this process whatsoever. Cyprus is a small island that does not have hundreds or even dozens of cities for people to move to, so the hardship continues, while the small number of beneficiaries at the top profit from their misery.