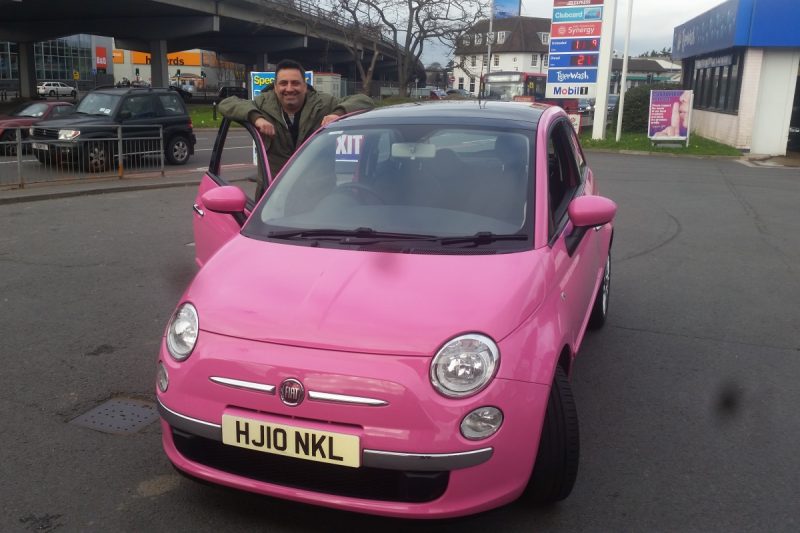 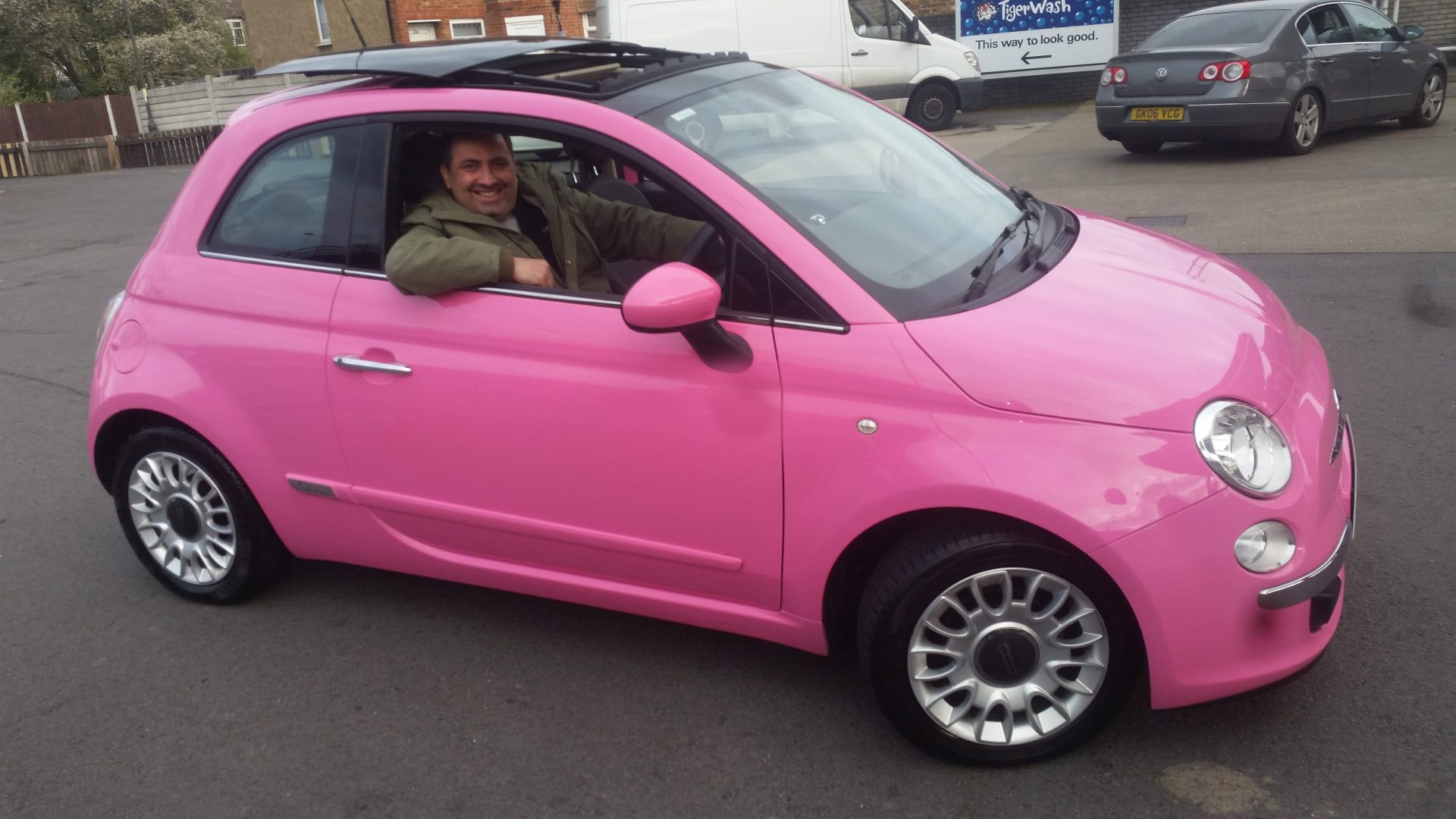 Last year, I had a brainwave, I bought a bright Pink Fiat and I sent it over to Cyprus to see if it would sell. I thought that it would be a hilarious experience to drive around in it and eventually one of the young girls over there would buy it.

I’ve had several interest, but in each case, the sale fell through so this car and I seem to have now become inseparable! I think you can imagine the abuse I am getting from my friends, but what really put the Tin hat on it was when I was driving on the motorway in Cyprus, I saw a police car approach me from behind, as the Fiat was not registered yet, I assumed they might pull me over, but all they did was slow down next to me, look over and start laughing!

Anyway, the ‘Pink saga’ continues until the right person comes along with the money, but in the meantime the drama continues!