The Plain Truth about Marriage and Divorce 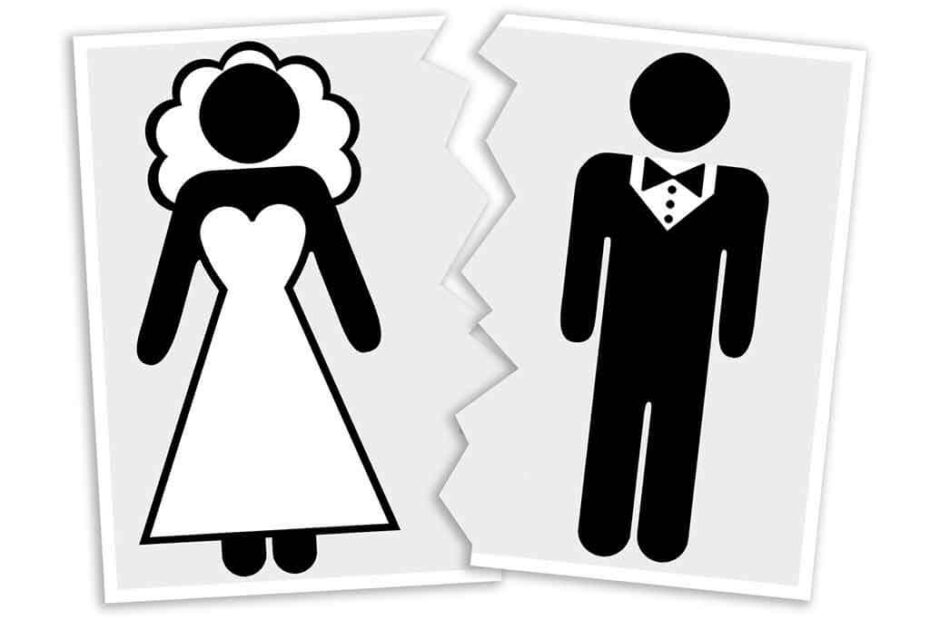 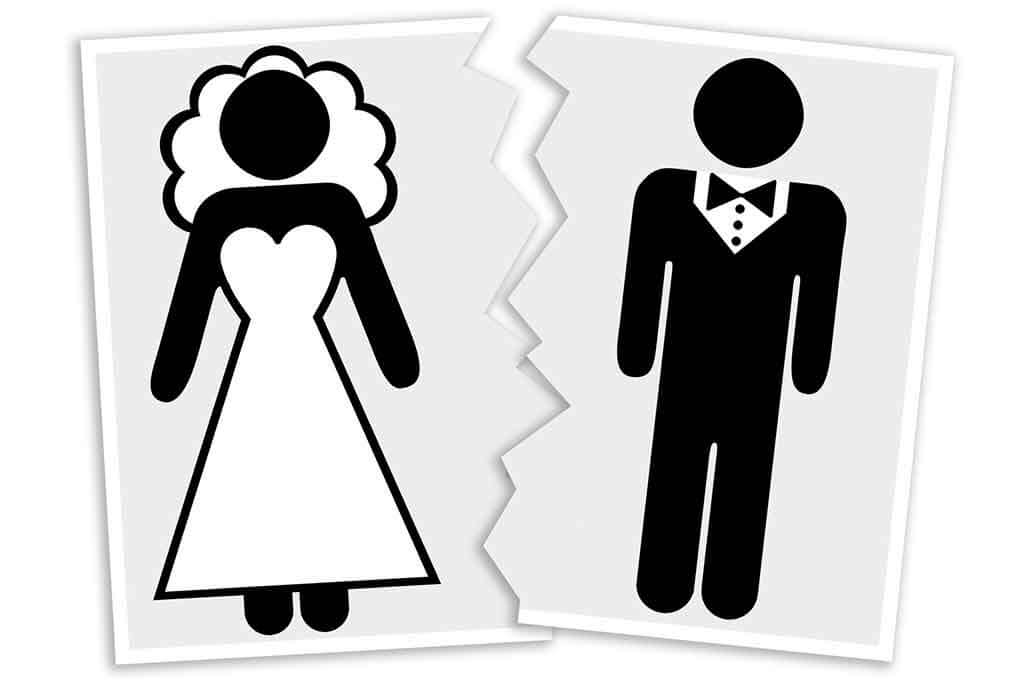 When a marriage ends

When two people are in love, all that seems to occupy their thoughts is the desire to share the rest of their lives together. This romantic notions often lead to the altar, and eventually to having children. Marriage is traditionally considered a bond bound in heaven, a contract between two people who commit to stay together …through thick and thin, through sickness and in health.

Having their own family becomes the next greatest blessing that may even be seen as more joyous than the actual wedding. As a family, they share life together, with all it joys, sorrows, and everything in between. The enjoyment of each other’s company becomes the hallmark of their family.

But due to unfortunate events, some marriages do not last forever. Some fairy tales do not end with happily ever after. It is a fact that many couples do have differences that later turn out to be irreconcilable. Rather than endlessly be stuck in marital discord, some feuding couples see separation, annulment, or divorce as the only solution to end their fractured relationship.

Naturally, separation and divorce brings untold anxiety not only upon the marriage partners, but often, more so on the children. Having a divorce can be both unpredictable and scary, for completing this whole process means the destruction of the whole foundation of the family —not to mention the staggering costs of alimony and child support. Anxiety is present in divorce discussions, since the couple are not in good terms. A marital crisis is a family tragedy that would require years of emotional healing, if only to regain the self-esteem and stability of every person in the family.

One of the greatest difficulties when a relationship ends, is that in many cases, the feeling is not mutual, where that is the case, it makes everything far more civilised, but where it is not, one partner can and often does react quite badly. Nothing sums it up better than a quote from a famous movie…

Gavin D’Amato:  War of the Rose

Perhaps even more than the two involved in the marriage, the ones who need emotional healing the most are the children. Children are the least prepared to face serious emotional and psychological trauma. Parents with divorced parents are almost stricken with anxiety. The stress is often seen in their poor performance in school and melancholic behaviour at home. With low self-esteem, many teenagers from broken homes resort to drugs and join gangs to find a substitute home or family. In any case, emotional healing is crucial if children are to be prepared or rehabilitated from the emotional scars that were brought about by their parents’ failed marriage. While keeping the marriage partnership intact may be the ideal, sometimes the avenue of divorce is taken by couples to prevent their children from becoming collateral damage in a situation where parents are constantly fighting.

With the end of a marriage comes a waterfall of emotion, upheaval, new beginnings, sore endings, heightened feelings, angry words, resentment and the “what ifs”. But the strongest feeling? Devastation and crippling disappointment in one’self. Why had this happened to me? Why did I have to be different, cause a stir? Buck convention?

Can I get a no fault divorce?

Unlike many other divorce jurisdictions around the world, England and Wales operates a fault based system, which means that there has to be a reason for the divorce to take place.

The only grounds for divorce with an element of no fault, is the ground of 2 years separation with consent.

However this ground does mean that your spouse has to agree in writing with your divorce petition. If they do not agree, then the divorce cannot proceed any further.

Research highlighting a significant lack of truth in divorce petitions should be a ‘wake-up call’ to politicians to introduce a no-fault divorce system, family lawyers have said.

A report published in 2017 by the Nuffield Foundation, Finding Fault? Divorce Law and Practice in England and Wales, says that divorce petitions ‘are best viewed as a narrative produced to secure a legal divorce. They are not – as a lay person might suppose they should be – an accurate reflection of why the marriage broke down and who was “to blame”‘. Only three in 10 respondents told the research that the reason cited in their fault-based divorce closely matched the reason for separating.

The report states: ‘What might be regarded as stretching of the truth in such cases is not confined to behaviour petitions. Adultery can be falsely claimed and admitted. Dates of separation may also be massaged to shorten wait times in two- and five-year separation cases.

‘The manipulation of facts is now more routine and prosaic than the staged or bogus “hotel adulteries” with strangers of the 1930s, but it remains an issue.’

Resolution, a family justice organisation which has campaigned for no-fault divorce to be introduced, said the time has come ‘to make no-fault the default’.

What are the legal grounds for divorce?

Currently in England and Wales spouses are unable to get a divorce without blame unless they have separated for at least two years.

There is one ground for divorce which is that the marriage has broken down irretrievably. To establish this ground, one of the following five facts must be proved:

A study by YouGov on behalf of Resolution, a national organisation of family lawyers, confirmed that 27% of divorcing couples stated that they falsified claims of unreasonable behaviour in order to get a divorce.

In practice, unreasonable behaviour is often the only option available to spouses and the alternative is to wait at least two years before they can file a divorce petition and deal with their finances.

Getting a divorce, dealing with your marital finances and with matters relating to children is extremely stressful and often acrimonious. This is clearly amplified by falsifying claims of unreasonable behaviour which will often result in a confrontational and un-cooperative attitude by the parties and may also have a knock on effect on the financial and children matters.

The Bill for no fault divorce

A new Bill introducing the option of divorce without blame was debated in the House of Commons on 13thOctober 2015.

Mr Richard Bacon MP, in the motion to the House of Commons, made an important point that parties are being encouraged to avoid conflict and participate in mediation and other forms of alternative dispute resolution and it is completely contradictory to then provide for a system that forces couples to “throw mud at each other”.

The Bill essentially provides for a sixth fact where a divorce can be obtained by both spouses signing a declaration that the marriage has irretrievably broken down. However, a decree absolute ending their marriage would not be granted until a period of one year had elapsed giving the parties time to reflect on whether they really wanted a divorce.

The Bill applies equally to the dissolution of Civil Partnerships and will get a second reading on 4th December 2015.

Does the Bill go far enough?

Under the current Bill, the no fault divorce option will only be available if both parties agree to the divorce and sign the relevant declarations. However, there are likely to be a significant number of cases in which one party does not want a divorce for various reasons and refuses to sign the declaration. Therefore even if this Bill becomes law, there will still be a lot of petitions filed on the basis of unreasonable behaviour.

Furthermore, the one year cooling off period will have the effect of deterring people from using the no fault option and they will continue to use unreasonable behaviour fact.

No fault divorce is available in several countries such as Australia, Canada, Sweden and United States of America and it seems that England and Wales are trailing far behind.

The effect of allegations of unreasonable behaviour on marital finances

While the option of a no fault divorce is beneficial, it is important to note that allegations of unreasonable behaviour will very rarely impact the marital finances.

The effect of these allegations is likely to be limited to the costs of the divorce.

When dealing with marital finances, there are various factors which the court must consider. One of these factors is conduct which is serious and inequitable to disregard. This often relates to conduct where one party has dissipated the assets, for example by gambling away savings. The court has wide discretion and can deal with such conduct in many ways.