The true demographic crisis of immigration 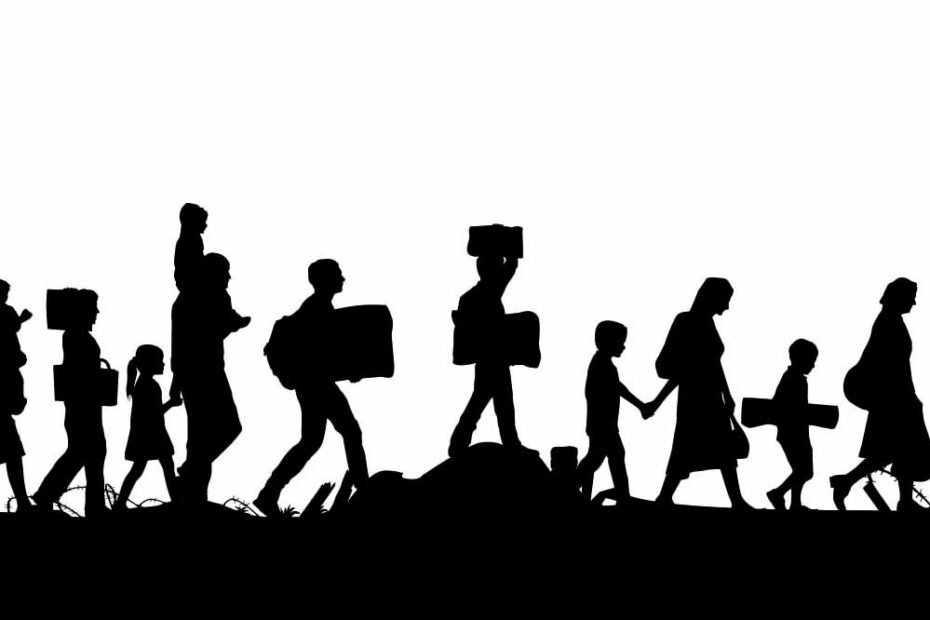 The true demographic crisis of immigration

What if immigration is a far more calculated phenomenon than we have been led to believe?

Over the past few years, immigration has become the ‘topic of the moment’ with MPs standing (and falling) due the ability or inability to control the mass immigration that the UK and Europe as a whole has endured over the last decade or two, but what is really the case?

We have been constantly told that this is a crisis, that these people are forcing their way in to our country, the government is taking steps to cut immigration and so on, and so on. On one side we have people presented as ‘racists’ because they object to the constant deluge of immigrants which has been thrust upon us, on the other, we have the ‘virtue signalling’ left, the BBC and the Guardian amongst many others, who sing the virtues of immigration, the need for compassion and the contribution that immigrants make to our society.

However, the reality could be far removed from the narrative, so what’s really going on here?

Rather than address the current narrative, which is that these people are fleeing to come here and what we do about it, is dependant upon our moral ocompass, let’s turn this around, but first, here are some interesting statistics:

If the UK were to suffer the same fate, our population would now be around 40 million!

Poland is also suffering serious depopulation, in 1946 the first post-war census counted 23.9 million people. As elsewhere in Europe, the ensuing baby-boom meant that the population grew fast, and it was to peak in 1996 at 38.3 million. At current rates, according to Eurostat, the EU’s statistical agency, Poland’s population could have shrunk to 34.1 million by 2050 and to 27.65 million by 2100.

Albania, although not in the EU, is still in mainland Europe and it is suffering the highest degree of depopulation, 2,845,955 people live in Albania (2020) Over 1.68 million Albanian citizens live outside their homeland, most of whom are men.

According to a survey conducted in June 2020, 50% of Albanian citizens are still considering leaving the country (83% want to leave, and 49% are seriously considering such a decision). This is the largest number in the region, and Albania is the only country in the Balkans where the number of people willing to leave is higher than those who wish to stay.

There are similar stories from other former Eastern Block countries, who are having severe problems, due the exodus of their young male population, which has handicapped their infrastructure, their growth and is increasingly causing problems for them to pay for their aging populations.

Whilst the UK, Germany and France have in parallel benefitted from the swelling of their young male population, I say benefitted, because like the rest of the western world, we have been suffering a severe decline in the birth rate, which would be a serious problem for our society over the next two of three decades at the current rate, or rather it would have been, were in not for immigration.

We need only take a look around our towns and cities in the UK, to see the incredible number of young immigrants, who tend to have children at a higher rate than us. We are already suffering a severe shortage of workers in the UK and that is after twenty years of relentless immigration from the EU, despite the pressure on housing, imagine where our industry would be if we had not had that?

Is the notion of cutting immigration a smoke-screen for fulfilling a need for the UK?

What if the reality is that the UK, Germany and France are actually engaged in an agenda to ‘harvest’ the young men of poorer nations for their own ends? We already know for a fact, that without the immigration of the last few decades, we would be in dire straits. We also know that the birth rate in these countries is collapsing, for a variety of reasons.

We also know for a fact, that young white men in the UK are, for a variety of reasons, increasingly withdrawing from relationships, marriage and fathering children, (the reasons for this are an entirely different story) what better way to address this than to flood the UK with millions of young, fertile, motivated men, who will not waste time fathering as many children as possible. The ratio of young single men to young single women may be changing, which only serves to further alienate British young men, but that is irrelevant, what matters is the birth rate and the ratio of young people to old.

What is it that the UK, France and Germany really need?

In the first instance, they need young people, as I have already stated, without the existing immigration, the aging demographic of these countries would be like an upside down triangle, with the old people at the top, and a small number of young people at the bottom, struggling to pay for them. These people are actually needed to prop-up our aging and dwindling population. The government does not care about the pressure on housing, the social tensions, the lack of resources, or any of the other issues caused by mass immigration, after all, for the main part, it does not affect them. What they really care about, is balancing the books.

We are told that many immigrants are claiming benefits, or they are criminals or maybe they are sending money back home, that may or may not be the case, but one thing is for certain, if they are here, like it or not, they buy food, they buy cars, they pay rent, they rotate money and with every rotation, the Government takes a cut through VAT, amongst other things, like the proverbial ‘Madame’ no matter who gets ‘screwed’ she gets her cut.

Do we have motive yet?

I believe that we do. I put it to you, that we have no concern for the nations that are supplying us with these people, I put it to you that the bleeding heart lefties, who purport to be so supportive of these people, are actually repeating the narrative of distraction, that has been the secret policy of the government for years.

I also fervently believe that the governments of the ‘immigrant destinations’ are more than capable of stopping immigration, but they refuse to, sighting one excuse after another for their failure to do so, after all, they cannot and would not admit the truth.

That’s true, but they send money home which helps, doesn’t it?

Yes, that is true, but what does the arrival of money with Western Union, along with images of the successful migrants living a life that is far removed from the one they left behind achieve? It only serves to encourage more to come here. We have all seen the images on social-media, taken by successful arriving migrants, demonstrating their joy are reaching the ‘promised land’ flaunting their mobile phones, their cars, their clothes and their money, what a wonderful PR campaign for continued migration.

Many come here just to work for a few years and then return home, don’t they?

Yes, that is true, many immigrants do not care where they go, they want a better life, they want to make money, perhaps provide for their families, save up to buy a property in their homeland and then one day, return in glory, but the reality is that this hardly ever happens. As time goes by, people assimilate by some degree, be it willingly or unwillingly, this is the case with most immigrants, even those who come from very religious or strict communities, they gradually evolve, sometimes without realising that they are. One thing is for certain, if they don’t, their children certainly will, because they would have been raised here, English would be their first language and no matter how much they cling on to their faith, culture and tradition, they have been assimilated and their is nothing they can do to change that.

There are of course many who do get to their fifties, sixties and beyond, who have money, a home in their country of origin, who finally decide to repatriate and move back to their homeland, spending their twilight years with their family and former friends, but the reality is far removed from the fairy tale that they have imagined through all the years that they were working, saving and sending money home, for their ‘happy ever after’ because what invariably happens, is that when they return home, they begin to realise that their home, is no longer their home. Indeed, even if it is, that is not the case for their children, who were born and raised in the UK, for them, it is not home, the UK is home,

For most, and I have personal experience of this with my own parents, the ‘grand return’ to their motherland is little more than a broken dream, a bitter-sweet moment, when they leave everything that they have become accustomed to behind, their children, grandchildren and their friends. They find that the friends and family that they left behind, many years ago are now little more than strangers. They miss the most unexpected elements of British life, be it their new friends, the way of life, the freedom, the fairness, or even the rain!

Once again, I put it to you, that the reality behind immigration is not a losing battle that we are powerless to restrain, it is a cynical and calculated theft of human resources from poorer nations, who have nothing else to contribute, so we therefore steal that which is most precious to them, their people.

I also stand by my belief that the notion of the sympathetic left, is little more than hypocrisy on a grand scale, their posturing, sympathy and support for ‘people who flee their homeland’ is little more than another voice of support for the narrative, for this is without doubt, the most calculated demographic political mission in recent history.

OMG! I had never thought about it this way before, this really makes sense and explains everything.

I work in the public sector, I have taken pride in helping people fleeing their homelands, but now I feel that I have been part of the theft of their people, this really hits home.

OMG! I had never thought about it this way before, this really makes sense and explains everything.

I work in the public sector, I have taken pride in helping people fleeing their homelands, but now I feel that I have been part of the theft of their people, this really hits home.