We deserve better than this 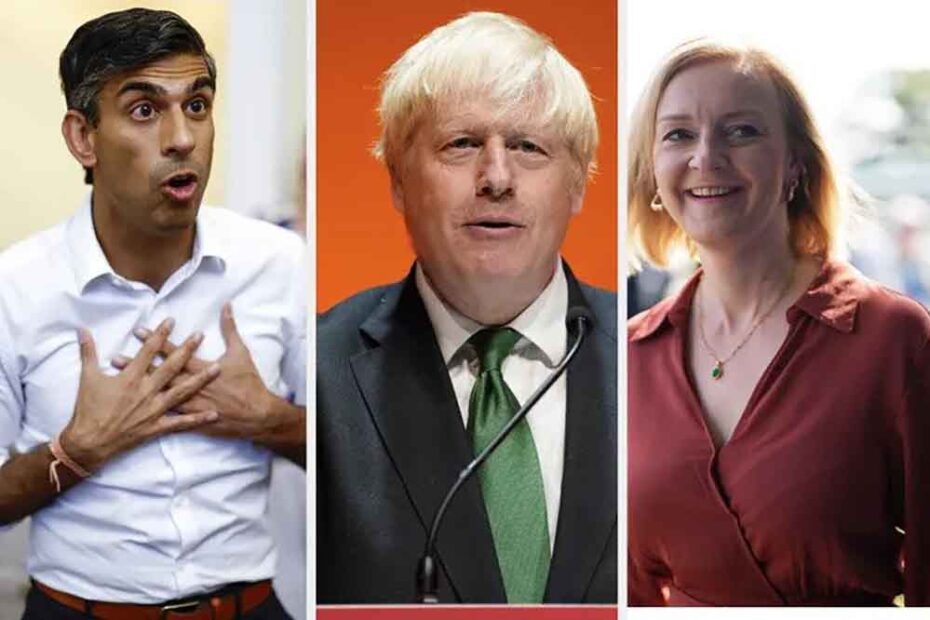 We deserve better than this

Over the past few months, we have witnessed the greatest abuse of democracy in our time. Not only did those who bore a grudge for political as well as personal reasons, take it upon themselves to remove a democratically elected Prime Minister, but they went on to undermine the next leader, who was elected on her pledge to cut taxes.

Did Liz Truss plan to do anything outrageous by wanting to stop the rise in corporation tax? Absolutely not! Were her wishes to see the top rate of tax reduced from 45% to 40% as it was under Tony Blair wrong? Absolutely not!

The treacherous rabble in Westminster did not get their man, so they pressured Liz so much, that she had to back track on her budget, the minute she caved in, it was the end for her. The markets always react to unexpected news, but the markets always recover.

By forcing her to make an about turn, they made her appear to have been wrong, even the media were demanding an apology from her, it every day that Liz Truss was in power, it is estimated that the country lost 1.5 Billion, but that was mainly due to the fact that they turned a policy that they all claimed to have supported, in to one that was presented as a major error.

As Liz finally caved in and resigned, the Grey Suits were already planning to ensure that nobody else would out-manoeuvre their man Fishy Rishi.

On the news of her resignation, Boris returned on the first flight, in order to stand again. However, even he did not anticipate the venom and malice aforethought that was to greet him on his return.

He may or may not have had the required 100 backers when he finally accepted defeat and announced that he would not stand, but I have no doubt that there must have been immense pressure place upon him to do withdraw.

In the meantime Penny Mordaunt also stood and fought until the last few minutes, but once again, it seems that one way or another, she was forced to stand down, even though she was rumoured to have had enough backers. Why would she withdraw so close to the deadline, why not just leave it for the 1922 committee to announce that she did not have enough backers. I believe that she did have enough, but once again, somehow she was pressured to stand aside for the Snake!

The conservative party website membership cancellation page crashed today, due to the high number of members cancelling their membership in disgust.

I would not be surprised if Sunak does not last until the next election, the country has lost all faith in this rotten party now. 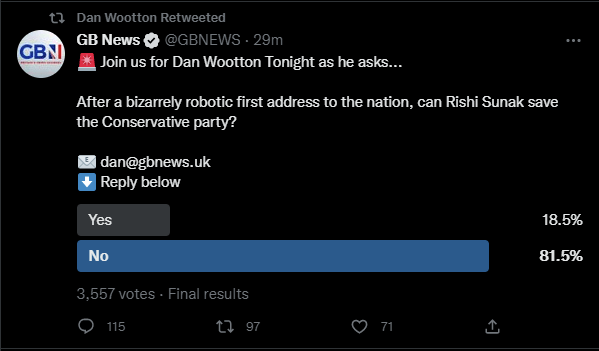