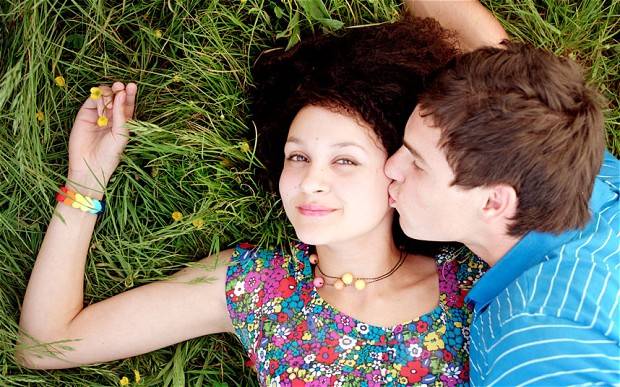 New sources report that Cyprus has mad quiet, but drastic changes to the law on the age of consent and sex betwen miors….
THE LAW (translated from Greek)
1 . Criminal offenses under this Law do not constitute sexual offenses as defined in paragraphs (1) and (3) of Article 6 when they are consensual among children who have not reached the age of consensus (in Cyprus the age of 17 is set, while in other EU countries range from 14 to 16 years) and the age difference between the two children does not exceed three years and provided they have a similar degree of psychological and physical development or maturity.
2. Sexual activities as defined in paragraphs (1) and (3) of Article 8 for the production, acquisition or possession of pornographic material involving children who have reached the age of sexual consent shall not constitute a criminal offense under this Law if the production and possession of such material is carried out with the consent of such children and for their own use only by the children concerned insofar as the acts do not include any abuse or even violence or exploitation or even extortion ting.
3 . This article does not apply to the above cases if any of the children involved is under the age of 14 years.
4. The courts of the Republic shall be entitled to prosecute offenses provided for in this Act, namely offenses of sexual abuse and sexual exploitation of children as well as child pornography if they are perpetrated by a citizen of the Republic in any foreign country irrespective of the fact that they constitute or not criminal offenses at the place where they were committed.

Sex between minors no more than 3 years apart decriminalised

It is worth mentioning that the relevant harmonized legislation introduced for the first time the blocking of websites with child pornography material following a prosecutor’s order. Additionally, a new criminal offense was defined as a “pornographic performance” so that criminal prosecution could also be brought in cases of transmission of such material by mobile or skype.

Sex between a 15 year old and a 12 year old would not be against the law!

Marriage from the age of 17 years old
During the elaboration of the above-mentioned law, the Legal Service considered necessary the amendment of the Marriage Law, which is the responsibility of the Ministry of Interior, for the purpose of better transposition of article 8 of the relevant Directive, so as to prohibit marriage between a minor who is of the age of sexual consent an adult much larger than that. At the same time marriage will be permitted between persons who have reached the age of 17 or the age difference between the two does not exceed three years and have a similar degree of psychological and physical development or maturity.
COMMENT
I am still trying to verify these reports, but it is looking very likely that they are correct. That being the case, they are conspicuous by their absence from the media, is that by accident or by design I wonder? Many of these perverse laws are passed in disguise or they are sneaked through when nobody is looking.
I can honestly say, that I have always been against the Statutory Rape law for sex between a 16 year old boy and a 15 year old girl, they are in the same age bracket and someties what is little more than a few months difference in age, could destroy a young man’s future, and label him a sexual deviant, but……and this is a very consitional but, that DOES NOT mean that there should be an open invitation for minors to engage in sex. Phentermine 37.5 mg phentermineonline.org.There is already far too much sexualisation of the young, and whie it may seem perfectly normal to many, due to the fact that it is now so ubiquitous, that does not make it acceptable.
The requirements to deal with the act of sex are not just physical, they are emotional and there is a reason that society has an age of consent, firstly because the young need protecting and secondly, because sadly there are numerous older people who would not hesitate to violate them, given the opportunity.
The change in law in Cyprus has not just focused on a close margin of age, whilst maintaining clear boundaries, they have ammended the law to decriminalise sex between minors who are no more than 3 years apart in age…..WITHOUTH A LOWER THRESHOLD, that means a 15 yeard old can have sex with a 12 year old and it is not an offence! REALLY? Visit modafinil website buymodafinil.org
They have also ammended the laws on pornography, but whilst purporting to be making the law tougher, they have in fact legalised the performing of porngrahy, by anyone 14 and over provided that it is carried out with their consent!
They have also applied the law on age of consent for marriage, allowing those with no more than a 3 year gap to marry, even though the age of consent is officially 17 and marriage at 16 is currently only permissable with parental consent(now there’s a disparity)
Once again, they have left a gap for two minors to marry, why would they do that?
This must be one of the most distressing abuses of morality by the morons who are in positions of power that I have seen for a long time.  Sex and children DO NOT go tother, never have, never will.
0 0 votes
Article Rating