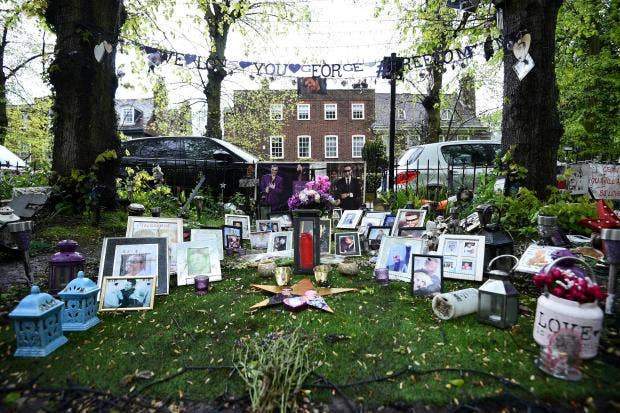 George Michael’s former north London home has sold for £19 million in a hotly contested private sale on the “grey market”.

Sources say there was a lot of interest in the Highgate village house, which sold for “significantly more” than the asking price to a “very local couple”.

The couple are understood to have “swooped in” and gazumped a keen buyer after hearing via a local network that the house was being sold off-market via an agent who was approaching a handpicked pool of wealthy potential buyers and had received a number of offers. The Highgate Literary and Scientific Institute and the Highgate Society are among community organisations where the great and the good of Highgate mingle.

One local agent was astonished at the sale price, revealed in Land Registry documents this week, estimating the house’s value at closer to £12 million.

Another agent said the property was unusually up to date for the street it is on – where many homes have been in the same ownership for decades – with modern bathrooms, kitchen and a particularly good garden with views of nearby Hampstead Heath making it ready to move in to.

By comparison, when Jamie Oliver bought a £9 million house on the same street in 2015 he “had to rip everything out and start again”.

The Wham! singer bought the Grade II-listed property for £7.65 million in 2002, joining a roster of celebrity residents past and present including Sting, Annie Lennox, Jude Law and Victoria Wood. Kate Moss has said that Michael would let her and her daughter climb over the wall between their gardens to swim in the swimming pool.

The semi-detached red-brick house was originally built in about 1688 with three storeys and a basement and was subsequently rebuilt in the Thirties.

READ MORE
Inside a Sixties time capsule house on the market for the first time
One of the best-selling musicians of all time, after he died on Christmas Day 2016 a patch of grass opposite his Highgate house became a shrine to the singer and there was a campaign to erect a commemorative statue there too.

The star is believed to have left an estate worth £98 million, with his major assets shared between his two older sisters.

His sister, Melanie Panayiotou, is believed to have moved into the property after his death. In a sad coincidence she died there on Christmas Day 2019, exactly three years after her brother.

Michael’s widespread philanthropy was revealed only after his death and extended to his local community. Born in East Finchley, not far from Highgate, he anonymously paid for the Highgate Christmas tree each year and was the largest private sponsor of the local fair. He is buried in Highgate Cemetery next to his mother.