The EU an empire in decay 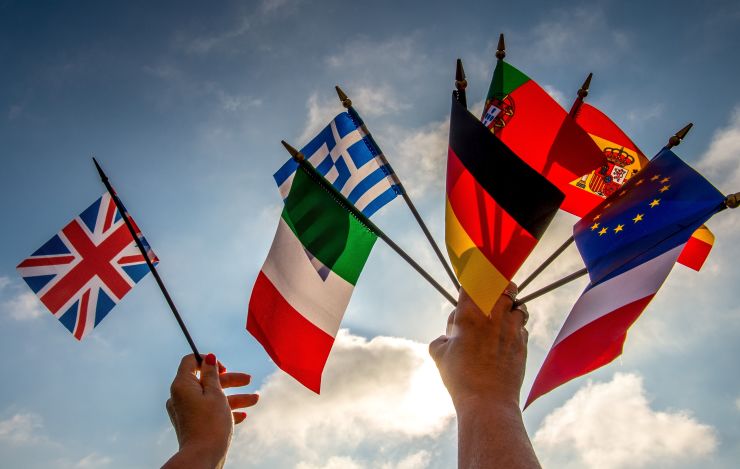 Most Europeans believe that the European Union will collapse within 20 years, raising the prospect of new conflicts and wars on the continent. This is the conclusion of the Berlin-based think-tank, the European Council on Foreign Relations, having carried out polls in 14 EU member states. Younger voters, aged 18 to 34, were especially worried about the prospect of war between current EU countries.

The belief that the EU will disintegrate within two decades is an entirely rational one. The union bears many of the hallmarks of an empire in decay: it has over-extended its borders; it is attracting more outsiders than it desires or can accommodate; it has too many leaders; it has emerging nativist movements; and its poor are growing ever-more angry and resentful towards the political establishment.

However, the second belief – that war between former nations will ensue – is unfounded. There is no appetite among EU member states for another European conflict, and no signs of animosity between nation states on the continent, as there clearly were prior to 1914 and 1939. The only hostility evident today is directed against the EU and Germany’s leadership itself.

The First World War was on the cards ever since 1871, with the unification of Germany, a country that was soon going to dominate the continent as France continued its long decline.

Ever since the Napoleonic wars, Britain had made it policy that no single nation should ever again dominate Europe, and by the 1900s Britain and Germany were in an open naval arms race. There was also by then a general desire for war among the populaces, as personified by the cult of Nietzsche and, as Robert Wohl wrote in The Generation of 1914 (1980), the belief that European culture was decadent and needed ‘purification’.

The signs were even more obvious in the 1930s, with Nazi Germany’s re-occupation of the Ruhr, the re-militarisation of the Rhineland, and then the invasion of Czechoslovakia and Poland. By 1936, Orwell observed, it was clear to most that a forthcoming war was inevitable.

There are no comparable signs today. If anything, the case is the opposite. The defining aspect of Europe’s nationalist and populist movements is not that they represent growing animosity between nations, but rather that they embody a pan-European alliance among like-minded nationalists. Last Saturday, Matteo Salvini, the Italian populist deputy prime minister, held a rally in Milan attended by leading members of 10 different parties across the continent. One by one they took to the stage to denounce immigration and to denounce Angela Merkel, the German chancellor, and the French president Emmanuel Macron as ‘destroyers of Europe’.

The real prospect of war on the continent comes not with the disintegration of the EU, but with its continued existence. There may not be any tangible appetite among other EU members for seceding from the Union, but there is clearly something wrong with the model. If it is to survive it will have to become more federated or decentralised or two-tier, otherwise the likes of Salvini or Hungary’s Viktor Orbán will flourish and multiply. But the EU’s ideological leaders are so wedded to ever-closer union that it’s hard to see this happening.

The EU made it as difficult as possible for the UK to leave, with the view of setting an example to other members. Any future member that wants to leave, when the decadent and decrepit Union has become more reactionary, centralised and oppressive, and its members even more discontent, may ultimately have to take stronger measures. Remember Yugoslavia.

Most Europeans believe the EU could fall apart within the next two decades, according to a new study.

Research published this week showed that levels of support for membership of the European Union are high – but so is pessimism about the future of the bloc. The survey, conducted by the European Council on Foreign Relations (ECFR) and YouGov, had more than 60,000 respondents across 14 EU member states.

It found that in every member state except Spain, the majority of voters believe the EU will fall apart within the next 10 to 20 years.

In France, 58% of respondents said it was realistic that the bloc would collapse within two decades, with 57% of Italian and Polish voters agreeing to that. Even in Spain, 40% of respondents said it was a realistic possibility that the EU could fall apart. The data showed that most Europeans saw the collapse of the single market as the biggest loss should the EU break down, followed by free travel across borders and the freedom to live and work in other countries.

A European war?
Significant proportions of people surveyed also said a war between EU countries was a realistic possibility over the next decade. Austrians were most likely to believe a European war was possible, with 38% saying it could happen within 10 years, followed by 35% of French respondents and 31% of Romanians. The belief was also particularly strong among younger people. In Austria and Romania, half of those aged between 18 and 24 believed a war between EU members was possible, while 46% of the youngest respondents in France agreed.

According to the report, there was a greater tendency to hold this belief among supporters of far-right parties, particularly Rassemblement National in France, the Freedom Party of Austria, the Party for Freedom in the Netherlands, Jobbik in Hungary, and Golden Dawn in Greece. However, many who supported mainstream parties also thought a European war was possible within 10 years, the study found.

Economic split
Across all the countries included in the survey, a minority of voters said they believed young people had more economic opportunities than older generations.

There was also a widespread insecurity among respondents that they were doing less well financially than people living in other EU nations. In Greece, more than 70% of people felt they had fewer economic opportunities than people in other European countries, while just over half of respondents in Romania, Spain and Italy believed they had an economic disadvantage.

Respondents in Denmark and Sweden were the least likely to hold the same views.