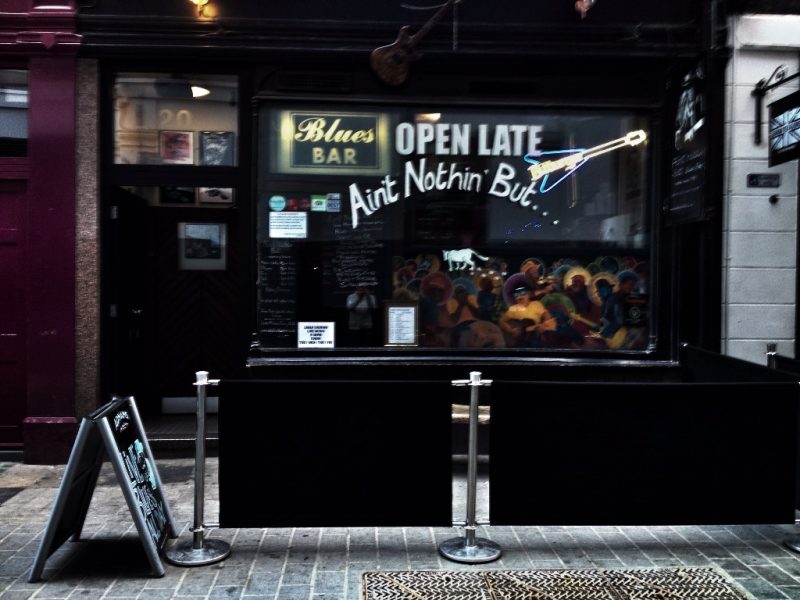 Just off Regent street, to the side of Liberty of London, is a street named ‘Kingly Street’ there is a Blues Bar called ‘Ain’t Nothin’ But Blues Bar’ There is live music every night, every night a different band, there is nothing like this anywhere else in London. Yes, there is live music, but NOT Blues, not like this. On my last visit (video below) the group playing is called ‘Dust me down Blues band’

The singer is called Ray Wallen, he has an amazing voice and is ‘out of this world’ on the Harmonica.

The lead guitarist is out of this world. He has developed his own style of playing, without a plectrum, which is unusual (outside of classic Spanish Guitar) but this has enabled him to flit between the strings a lot faster….he has to be seen (and heard) to be believed!

If you are anywhere near central London, I would recommend visiting Ain’t Nothin’ But Blues Bar, they are open 7 days a week (entrance fees apply at the weekends)