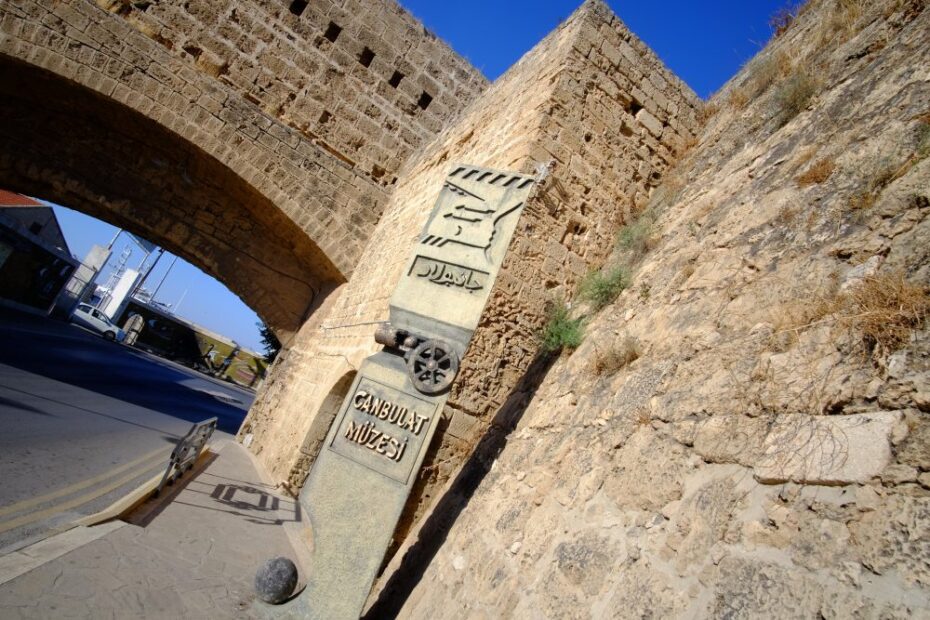 The walls of Famagusta are about two miles in length, totally surrounding the old city, and are remarkably well preserved. Probably the best view of them is from the moat, itself running for over a mile along the three landward sides. Don’t believe some maps that tell you part is inaccessible because of military occupation. This has not been the case for several years now. Although meant to be a foot and cycle path, it is possible to drive round the moat, although you get a much better view on foot.

When the Venetians took over Cyprus in 1489, they inherited a city that already had defensive walls, built by the Lusignans. These walls were tall and thin for defence against the siege engines and bows and arrows of the day. However, by 1489, warfare had changed. The invention of gunpowder meant that cities now had to be defended against cannon attack, and Famagusta’s walls were no longer suitable defence against the Ottomans, who were seen as the major threat, (Correctly as was seen just 80 years later).

The Venetians immediately started to renovate and update the walls, bringing in specialists from Venice to oversee the work. The walls and bastions were strengthened, redundant arrow slits and openings being closed up. In their place, openings were made in the walls to house cannons and other modern artillery.

The towers and bastions are as follows. (Clockwise from the Land Gate)

The Marttinengo Bastion was built at the northwest corner of the city. This was considered the most vulnerable point of the city. It was felt that any invading force from the sea would land farther up the coast in the Salamis area, and attack from the land. The design of this bastion was such that not only did it command a field of fire landward, but its cannons could be directed along the line of the wall should any invading force get into the moat.

This proved so successful, that during the siege of Famagusta in 1570, the Ottomans didn’t even attempt to attack this area.

The walls, which are on average 30ft thick, also housed stables, arms depots and tunnels to get from one part of the wall to another. These spaces were put to good use in 1974, when the Turkish Cypriots used the walled city as a place of refuge against the Greek Cypriot militia.

The walls were built on existing rocky outcrops.
Walls Built on Existing Outcrops
The moat was also built by the Venetians, the earth dug out being used to fill the gaps inside the walls where they had been extended.

If you were a military commander at the time, and were faced with the job of taking a walled city, you had three ways you could do it. You could go over the walls, or go through them. If those failed, the third course of action would be to go under them, undermining the foundations, and laying charges of gunpowder to blast a breach in the walls.

In order to counteract this possibility, the Venetians, where possible built the walls on top of rocky outcrops in order to protect against tunnelling, and you can see signs of this as you walk along the moat.

In 1570, the Ottomans attacked Cyprus, quickly taking possession of all but Famagusta. As the city would not surrender, the Ottomans laid siege to it. The siege lasted for ten months. It is said that an attacking army some 200,000 strong faced a city defended by a population of 8,000. In attacking Famagusta, the Ottoman army lost some 50,000 men, and fired some 150,000 cannon balls at the city.

Evidence of the siege, some 450 years later

A 450 year-old Siege Cannon Ball Still in the Wall
You can still see evidence of siege to this day. Inside the city, much of the damage to the churches is from this time. They were the only buildings visible above the city walls, and provided a tempting target. As you walk along the moat, take time to look at the walls. Much of the missing stonework is not from the ravages of time, but from the ravages of cannon shot. If you look carefully, you can still see the occasional cannon ball, still embedded in the walls after nearly four and a half centuries.

The Venetians had done their job well. The closest the Ottomans got to breaching the walls was in July, 1571, when they came near to taking the Rivetinna Bastion, and started to scale the walls. The Venetian commander, however, had anticipated this eventuality, and detonated explosives placed for such a moment, burying 1000 Ottoman soldiers.

It couldn’t last, of course, and in August, 1571, having lost 6000 of his 8000 soldiers, and the remainder suffering from disease and starvation, the garrison commander surrendered.

To this day, the walls of Famagusta have never been breached by a hostile force. 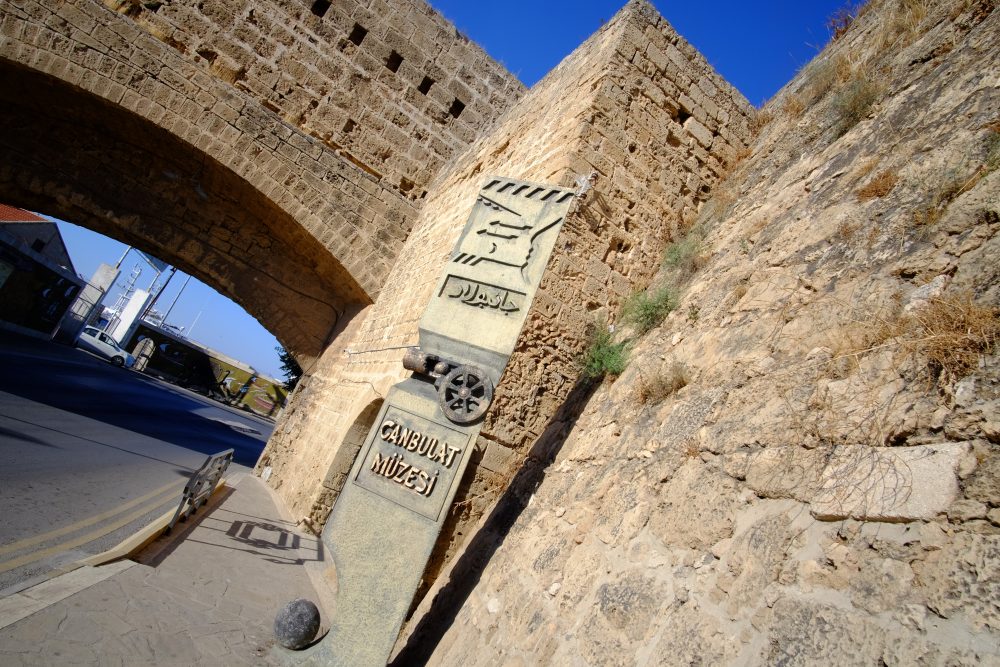 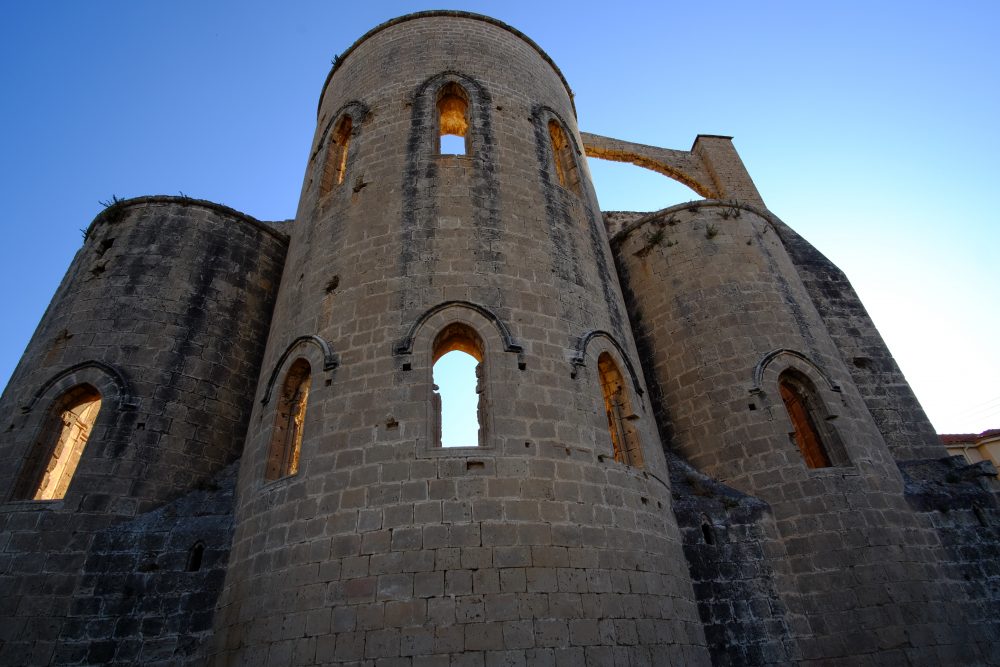 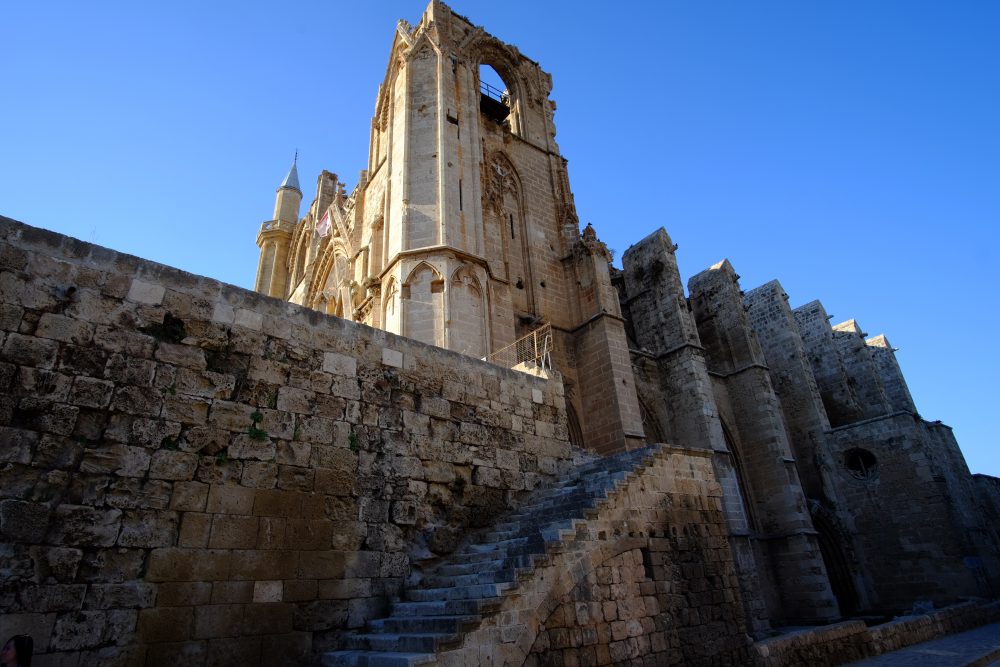 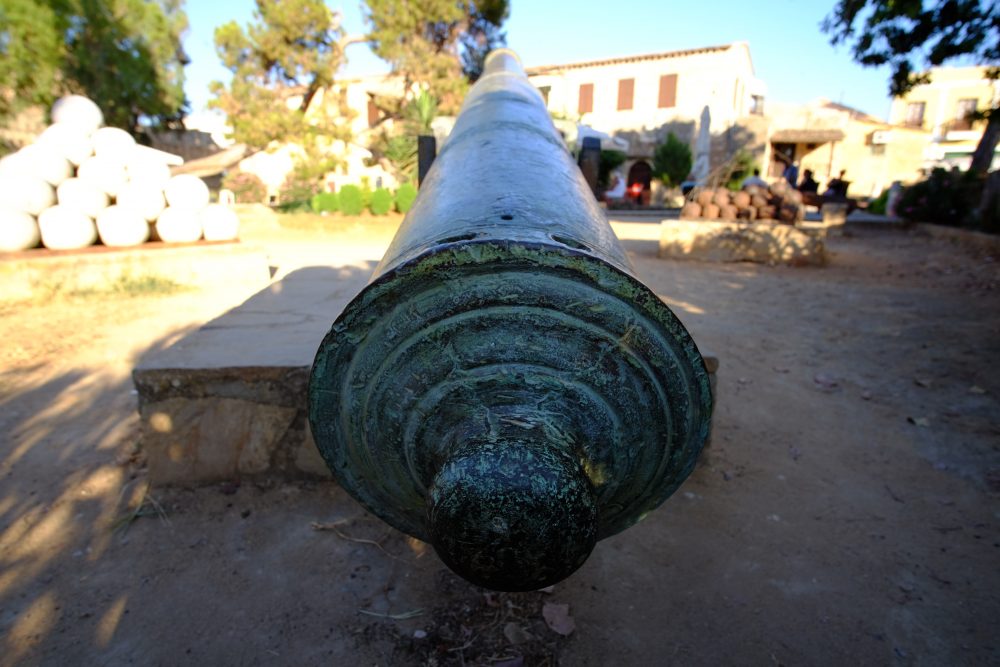 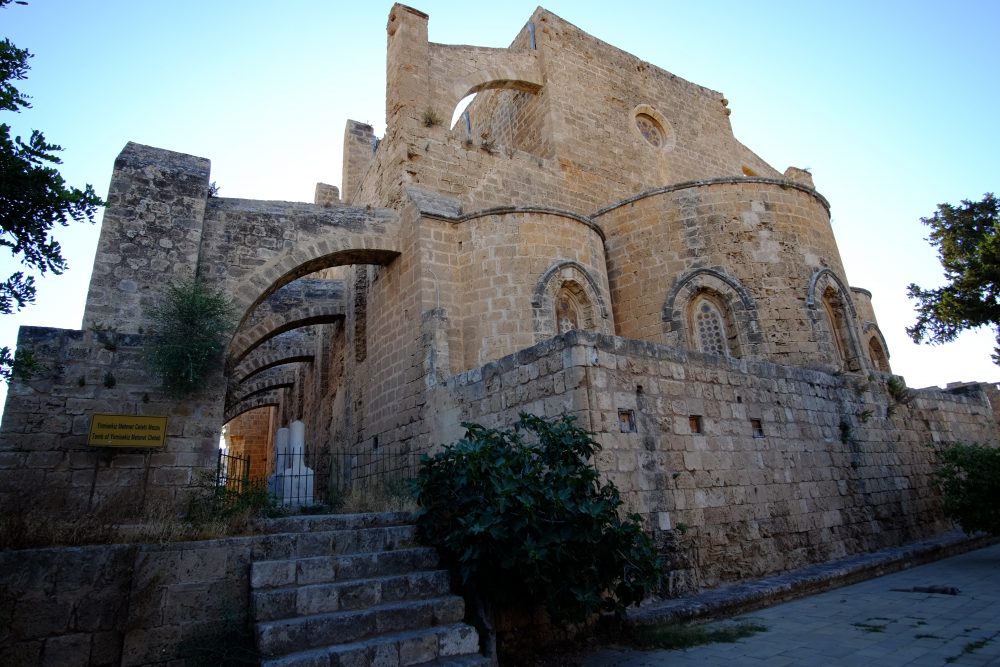