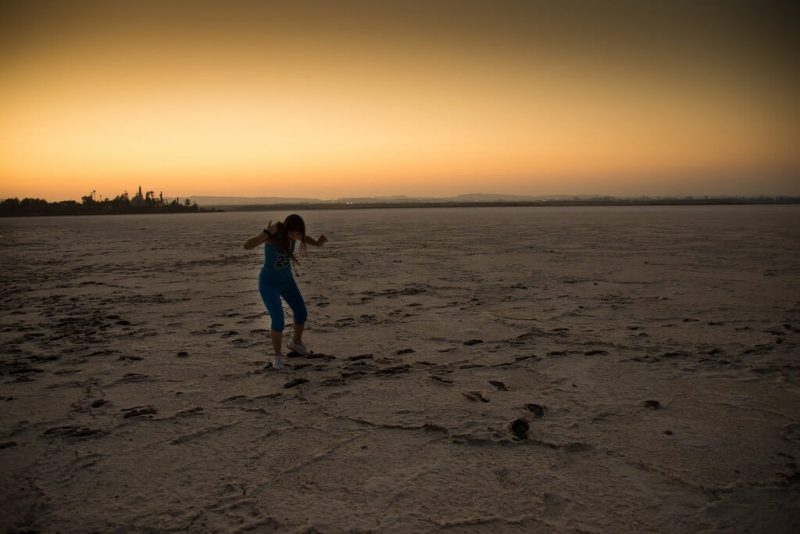 Larnaca Salt Lake is one of the most important wetlands in Cyprus and it has been declared a Ramsar and a Natura 2000 site. It is a complex network of four salt lakes (3 of them interconnected) of different sizes to the west of the city of Larnaca. The largest is lake Aliki, followed by lake Orphani, lake Soros and lake Spiro. They form the second largest salt lake in Cyprus after the Limassol Salt Lake. The total surface area of the lakes adds up to 2.2 km2 and being just off the road leading to Larnaca International Airport is one of the most distinctive landmarks of the area. It is considered one of the most important wetlands of Cyprus.

It lies west of Larnaca and consists of a network of four salt lakes, covering a surface area of 2.2 square kilometres – a stone throw from Larnaca International Airport. It is also an area of amazing natural beauty, which has been the natural habitat of sea life for more than 3 million years. In the past, the salt used to be collected on donkeys and stacked up for export but this activity was abandoned in the mid ’80s.

Salt harvested from this lake used to be one of the island’s major exports,  it used to be collected on donkeys and stacked up for export, carried to the edge of the lake, and piled up into huge pyramidal heaps. With rising labour costs harvesting dwindled to a negligible amount and stopped altogether in 1986 as the island now imports most of this commodity

In the winter, the lake is the haunt of more than 80 species of migratory birds and an excellent site for bird watching.  It is particularly noted for its flamingos which winter on the island. Besides its picturesque beauty, the lake is the haunt of 85 species of water-birds with estimated populations between 20,000–38,000. It is one of the important migratory passages through Cyprus.

Among them are 2,000–12,000 flamingos , which spend the winter months there feeding off populations of the brine shrimp. Flocks of birdwatchers gather to observe the blaze of pink from flamingos as they gather in the centre of the lake but also the other important migrants. The Larnaca Salt Lake complex was declared as a protected area by a decision of the Council of Ministers in 1997. Recent evidence suggests that contrary to previous belief the greater flamingo, not only stops over but also breeds on this wetland.

During the winter months the lake fills with water whilst in the summer the water evaporates, leaving a crust of salt and a haze of grey dust. According to legend, the lake’s saltiness stems from St Lazarus’ request of an old woman for food and drink. She refused, claiming her vines had dried up, to which Lazarus replied: “may your vines be dry and be a salt lake forever more.” A more scientific explanation is that the salt water penetrates the porous rock between the lake and the sea, making the water very salty.