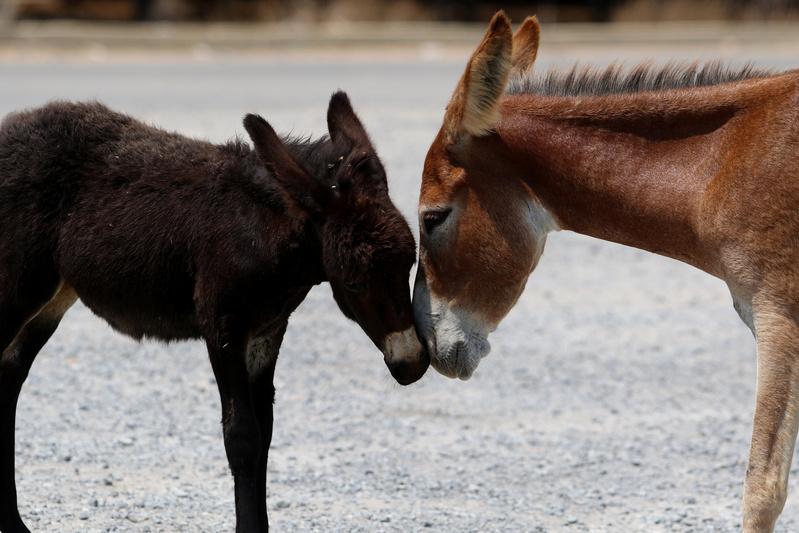 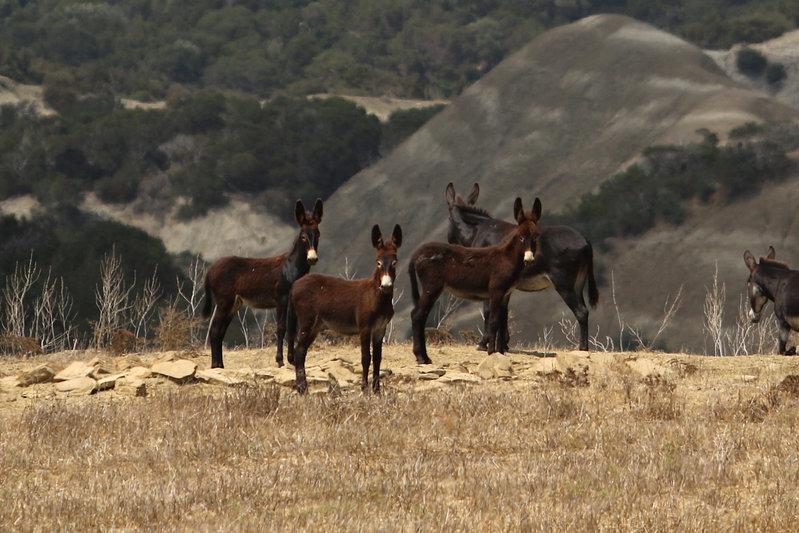 APOSTOLOS ANDREAS, Cyprus – Left behind by technology and cast aside during war, feral donkeys are munching their way to a revival on a remote peninsula in northeast Cyprus – and they are impossible to miss. Dotting hills and sand dunes and blocking country roads along the sparsely populated Karpass panhandle, the donkeys have thrived in the more than four decades since war split Cyprus in two, forcing huge population shifts and leaving them to their fend for themselves.

“They used to be domestic donkeys, and then they were abandoned,” said Tugberk Emirzade, a biologist and wilderness guide who took part in the last field survey.

This easternmost point of the island is a focal point for pilgrims among the island’s Greek and Turkish Cypriot population because of a monastery dedicated to the Apostle Andrew, one of Jesus’s first followers. The donkeys eagerly await visitors. Cars mean people, and people mean food.

Drivers frequently find packs on the meandering narrow roads, refusing to budge until the windows are wound down. Ears back and snouts pulled into a grin, the donkeys stick in their muzzles in the hope of a reward. Once a fixture of Cypriot households, the creatures turned from beasts of burden to beasts of boredom as they were gradually replaced by tractors in the 1960s and 1970s.

When their Greek Cypriot owners were forced to flee in a 1974 Turkish invasion, triggered by a brief Greek-inspired coup, they were left to roam in the open. Emirzade said there was concern about the impact of such a large population of donkeys in the area, partly because their droppings make the ground more fertile and could crowd out rare native plants that thrive in poor, sandy soil.

Locals complain about damage to crops, and the animals have also caused traffic accidents. The biologist said further research and actions are needed, possibly involving castrating donkeys, sending them to farms, or using them in environmental education and tourism.

“There is a need for management to reduce the negative effects of the donkey population,” he said.