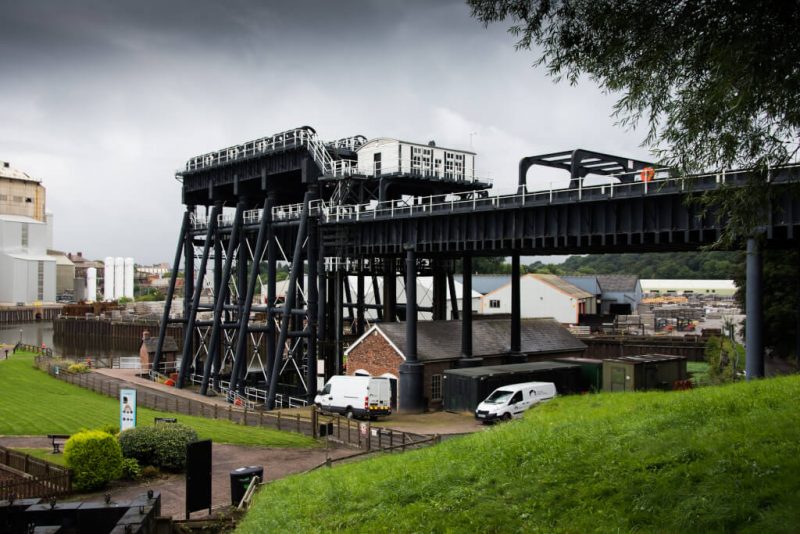 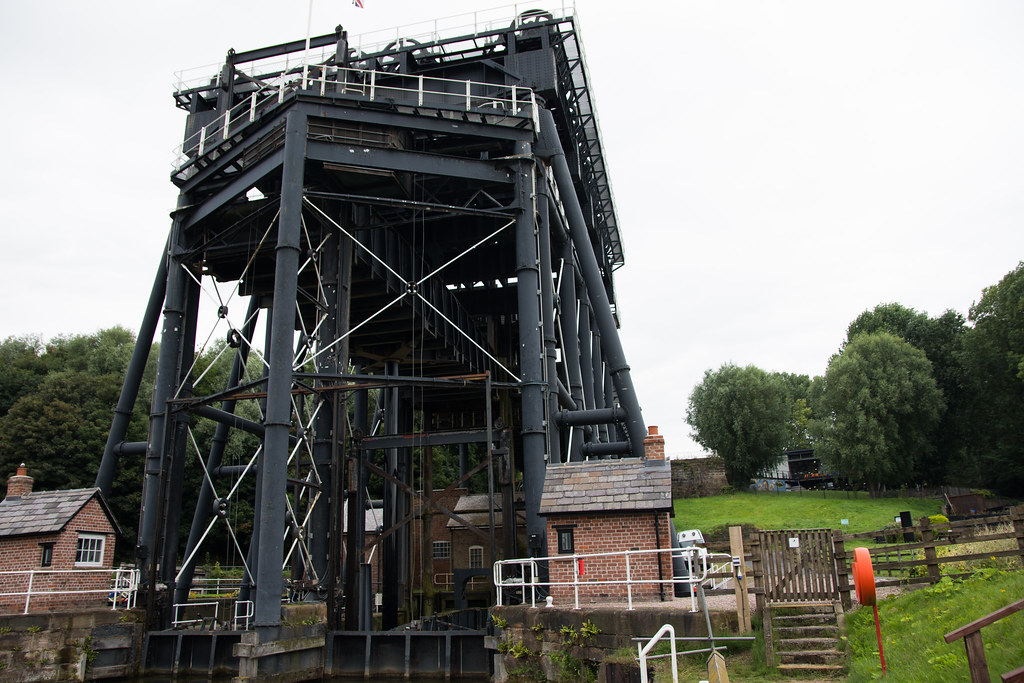 The Anderton Boat Lift is a two caisson lift lock near the village of Anderton, Cheshire, in north-west England. It provides a 50-foot (15.2 m) vertical link between two navigable waterways: the River Weaver and the Trent and Mersey Canal. The structure is designated as a Scheduled Monument, and is included in the National Heritage List for England.

Built in 1875, the boat lift was in use for over 100 years until it was closed due to corrosion in 1983. Restoration started in 2001 and the boat lift was re-opened in 2002. The lift and associated visitor centre and exhibition are operated by the Canal & River Trust. It is one of only two working boat lifts in the United Kingdom; the other is the Falkirk Wheel in Scotland.  The canal was engineered by James Brindley, who is celebrating his 300th birthday this year.

Like all great things, the concept is simple: two huge water tanks (caissons), each with watertight sealable doors, carry boats up and down. The original counter-balanced system was replaced in 1908 by electric operation, but the lift now works hydraulically again.

No description can adequately convey the sheer scale of this engineering feat. The lift worked until 1983 when serious deterioration of the structure was discovered. Some £7m was raised to fund the restoration, which was completed in 2002.

The engineering of the lift is fascinating, especially as it was designed in the 19th century. The only enemy of the original design was the salt in the water that corroded the hydraulic tanks.