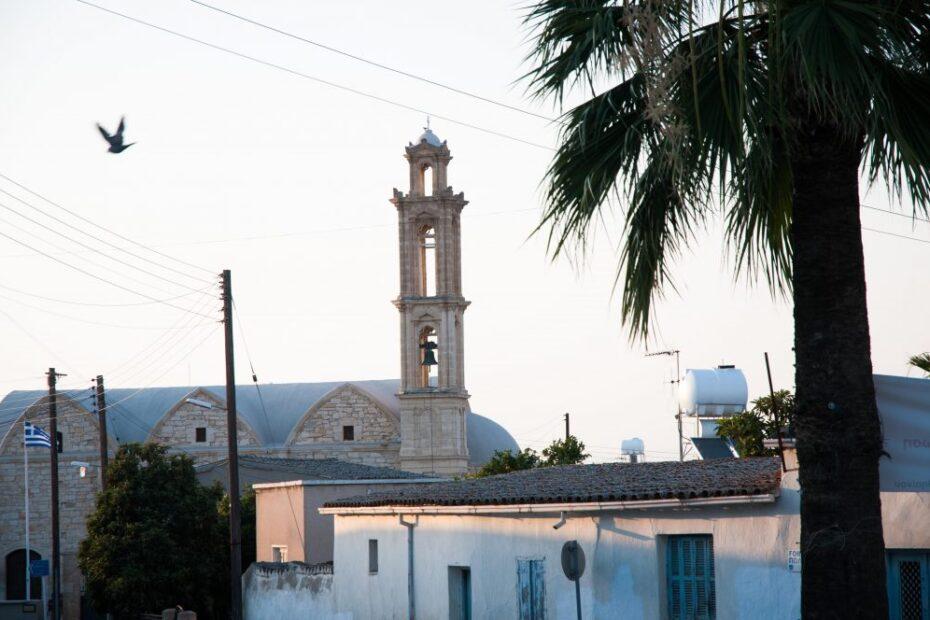 Athienou mayor Kyriakos Kareklas appealed to US ambassador Judith Garber for help in having a crossing point opened in the Larnaca village during her visit there on Wednesday.

Garber was in the buffer-zone village to visit the archaeological team and students from Davidson College in North Carolina who have been excavating at the Mallouras-Athienou site every year since 1990.

After their brief meeting, which followed Garber’s visit to the archaeological site, Kareklas said: “We have called for the crossing to be opened to Nicosia.”
He said he gave the ambassador a letter explaining all the issues, and a map where it clearly shows that the distance between Athienou and Nicosia would be greatly reduced if a crossing was opened. Currently it takes 45 minutes by car to go to the capital but with a crossing point, it would only take 10 minutes.

“If this happens, Athienou will be revitalised,” said Kareklas. “Within 10 minutes residents will have access to the university, the hospital and other areas of the capital instead of the 45 minutes that is needed today with the dense traffic at the entrance to Nicosia.”

It is time to open borders throughout Cyprus!

He said Garber acknowledged the problem and promised she would do whatever was within her capabilities to help.

The mayor asked her to discuss it with the ambassadors of the four other countries, Russia, France, the UK and China, that make up the permanent members of the UN Security Council. Kareklas also asked Garber to raise the issue with the UN Special Representative in Cyprus, Elizabeth Spehar. He himself had had meetings with the ambassadors of Russia, France and the UK, he added.

Kareklas also handed Garber a letter, a copy of which he sent to the Metropolitan Museum of Art in New York asking that the village be allowed to make 3D copies of artefacts stolen from the area and donated to the museum by the US Consul Luigi Palma di Cesnola during his tenure in Cyprus between 1865 and 1877.

Although the [Metropolitan] Museum is private and does not belong to the government, the US ambassador promised to do everything she could to meet our request,” said Kareklas.

Garber, in her statements following her visit to the archaeological site, said the collaboration between the American students and the municipality of Athienou “is fantastic since they work together to bring to light the rich history of Cyprus”.
“The area is impressive and we were able to see some of the findings come to light, while new items are being found there daily,” she added.

The Malloura-Athienou excavations are led by Davidson College Professor of Archaeology, Michael Toumazou, originally from Athienou, who briefed the visitors.  Malloura was occupied from the Geometric through Ottoman periods, ca. 8th century BC to the 19th century AD.

It is time to push for more crossings, the crossing at Athienou, via Piroi would be a monumental step forward, as the isolated village of Athienou, which has a half Moon border around it, would no longer be cut off from Nicosia, which is in fact only 8 miles away, but currently it is over 20, due to the detour.

We need to be aiming to create as many opportunities as possible for people to meet and stop living behind a border. Most people have had enough, they want to be able to live, to travel around the whole island unhindered and without restriction. In terms of moving forward, this is a very important and necessary step. We need only look at Ledra street, not long ago it was little more than run down back streets, yet now it is the life and soul of Nicosia.