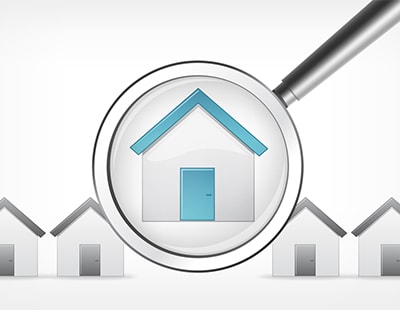 One of the housing market’s senior analysts says the end of the stamp duty holiday on March 31 would not be the chaotic cliff-edge that some suggest.

Anthony Codling, founder of PropTech platform Twindig and a widely respected analyst formerly at Jefferies investment consultancy, makes his statement in a blog on his website.

He says the housing industry is now split into ‘extenders’ who want the March 31 deadline pushed out, or at least the ending of then holiday to be phased; and then there are ‘enders’ who think that the holiday may have been a bad idea to begin with, and who in any case want it out of the way as scheduled at the end of March.

There is also a third camp – he calls supporters of this ‘exterminators’ – who want stamp duty to be abolished in its entirely anyway. There Daily Telegraph this week launched a campaign which wants the current holiday extended as part of a wider programme to scrap the SDLT completely.

Codling’s analysis comes as the online petition calling for the stamp duty holiday to be extended hits 93,000 signatures – well on its way to the 100,000 mark at which point the government is obliged to consider a debate on the subject.

In what Codling calls his ‘Stamp Duty Holiday Fact Check’, he sets out some interesting facts and figures.

“…The [maximum]£15,000 saving is often the figure which gets the headlines, but for most, the Stamp Duty Holiday saving will be considerably less … We can see that housing transactions are clustered around the £175,000 price point.”

Codling goes on to say that just over 15 per cent of housing transactions occur at or below £125,000 and therefore do not incur stamp duty – they save nothing, whether the holiday ends on March 321 or is extended in some form.

Codling says that buying a home is much more of an emotional decision than a financial one – buyers will find it hard to walk away, whether they have or have not secured what he claims to be a relatively small SDLT benefit.

He goes on to ask other key questions: “Would those who need to sell cut off their nose to spite the face? Would they rather have no money in the bank than 99 per cent (or at worst 97 per cent) of what they asked for?

Then he comes to his conclusion – “In our view, the extenders view of chaos and bedlam do not pass the sniff test.”

He concludes by saying that while many would be sympathetic to the ‘scrap all stamp duty’ campaign – “raise your hand if you would like to pay less tax” – Codling believes that a government faced with recovering from Coronavirus needs to get tax somehow…so why not SDLT?

He puts it this way: “Should we not be pulling together with those of us who can pay helping out those who can’t, those who have been hit hardest by the full economic force of the Covid pandemic and don’t have the luxury of choice of moving home?”

You can see his full blog here, complete with graphs.