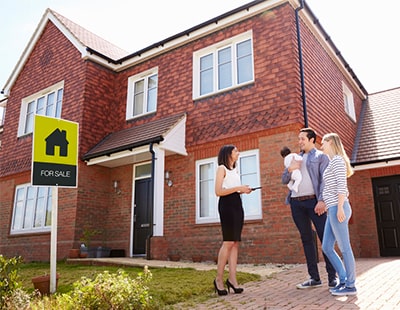 A new estate agency Code of Practice is to be written by a group set up by the Royal Institution of Chartered Surveyors and The Property Ombudsman.

It will be led by a Labour peer and should produce the code by the end of this year.

The steering group – which also includes representatives from ARLA and NAEA Propertymark, Trading Standards and sales and lettings industry trade bodies – is charged with developing what RICS and TPO call “an overarching code of conduct for residential property agents”.

It will be independent under the chair, Baroness Dianne Hayter, and is the first attempt to enact one of the many recommendations put forward a year ago by the Regulation of Property Agents Working Group.

That group called for an independent regulator, licensing for all agents, a new code of conduct, mandatory qualifications and a new form of redress more powerful than existing operators: until now, none of these recommendations had been acted on, and even this morning’s new announcement addresses only one of the proposals.

A statement from RICS and TPO says the code is being prepared so that it can be “handed over” to the new regulator once that role is established.

The Code of Practice Steering Group will consist of consumer and sector representatives who “will work collaboratively and in the public interest, and those participating in the group do so voluntarily, in good faith.”

No names or organisations have been named so far as being involved.

A draft on the new code will go out for consultation this month, July, when according to the TPO and RICS “feedback from users, professionals, buyers, sellers, lenders, tenants and landlords will be sought.”

“The forthcoming combined code will ensure that consumers are clear what standards they should expect from property professionals, and it will enable them to be confident that all residential property agents will be held to account in meeting them” she says.

“The independent Steering Group is undertaking this work to prepare an over-arching Code of Practice for the new regulator, very much within the public interest.  With both consumer representatives and cross-sector support and commitment to achieving this goal of a combined code, as proposed in the Regulation of Property Agents Report, it will raise standards and trust in the industry” she continues

The launch statement of the new body includes a quote from Housing Minister Chris Pincher who says: “Baroness Hayter’s appointment is an important development for property agents as they further raise standards in their industry and protect their customers. I look forward to continuing to work with all to ensure customers are treated fairly and that all agents work to the same high standards.”