Concern about the impact of Covid19 on property development 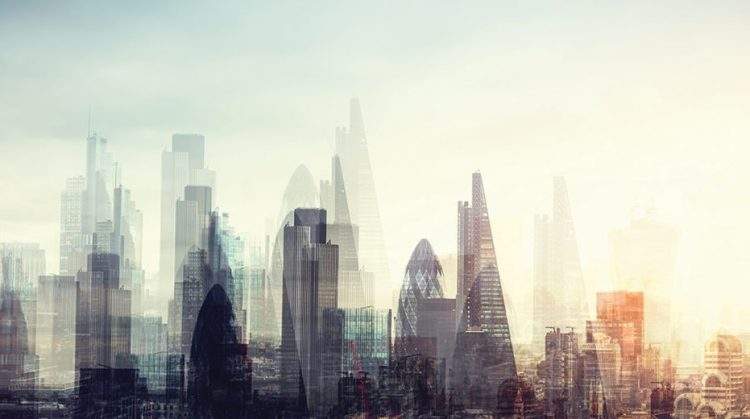 It appears we are slowly getting towards some sort of “normality”. Note I did not use the word “back”. The reason being is because it is most likely going to be a new form of “normality” going forward rather than what we are use to. As currently pubs, restaurants and some offices are still yet to open where does this leave the sphere of property development. As the government have announced an easing on the Housing Market to allow for viewings to take place is that a good sign for property developers? Of course it is but the ramification of the period we have been through has either gone two ways for a business either you were able to steady your ship and get through it or you have been overwhelmed and over leveraged so would have had to offset assets.

This issue arrived during a period of faltering global growth, elevated geopolitical risk and an intensifying pushback against globalisation. The crisis may heighten each of those trends. There are three factors which will determine the severity of the economic downturn of the country:

•            The extent of the isolation and social distancing measures

Considering the above mentioned and the level of uncertainty around the length and duration of social distancing measures globally, it is almost impossible for specific point forecasts to be accurate. However this is a time to follow up with leads and look for opportunities as there will be many commercial units that are feeling the strain on the significantly less traffic and footfall. So as developers this is the time to follow up or reach out to such vendors and see whether there is a WIN WIN deal to be done. Ultimately you want to ensure that you are realistic in timescales and resell values in a slow market.

It is as a result of the above mentioned social distancing policies that will change the way people inhabit, and interact with physical space.  The knock on effects of the virus outbreak have made the demand for many types of space go down, perhaps for the first time in modern history. This has no doubt affected the real estate industry. Beyond the immediate challenge, the longer the crisis persists, the more likely we are to see transformative and lasting changes in behaviour. Although it is mentioned action should be taken and that we should seek these moments as potential opportunities to respond and deal with the current and urgent threat of COVID-19, and to lay the groundwork to deal with what may be permanent changes for the industry after the crisis, real estate leaders must take action now. Many will centralize cash management to focus on efficiency and change how they make their portfolio and capital expenditure decisions. As the crisis affects commercial tenants ability to make lease payments, many operators will need to make thousands of decisions for specific situations rather than making just a few, broad based portfolio wide decisions.

Over the past several years, real estate investments have generated steady cash flow and returns significantly above traditional sources of yields- such as corporate debt – with only slightly more risk. Since the virus outbreak, however, this reality has changed, and real estate players have been hit hard across the value chain. Service providers are struggling to mitigate health risks for their employees and customers. Many developers cant obtain permits and they face construction delays, stoppages, and potentially shrinking rates of returns.  Meanwhile, many asset owners and operators face drastically reduced operating income, and almost all are nervous about how many tenants will struggle to make their lease payments.

Consumers forced to shop online because of closed malls and shopping centres may permanently adjust their buying habits for certain categories toward e-commerce. Before the pandemic, consumers were already shifting their spending away from physical stores. This long-term trend may accelerate even faster after the crisis—especially as many previously struggling brands are tipped over the edge into bankruptcy or forced to radically reduce their footprint. Early evidence from China shows some staying power in the coronavirus-driven shift to e-commerce. Within certain product categories where supermarkets or mainstream retailers competed with online retailers, substantial market share could transfer to online players.

The shift to e-commerce may also further boost already high demands for industrial space. Relatively niche asset classes (such as self-storage and cloud kitchens) could see an improvement in their unit economics, as demand density goes up when more people work from home, while other asset classes (such as co-living) may suffer. And universities forced to educate remotely for entire semesters could convince students and other stakeholders that existing tools are sufficient to provide a high-quality education at a lower cost, and a new type of hybrid (online–offline) education could become even more widely embraced.

The depth and breadth of economic impact on the real estate sector is uncertain, just as the scale of human catastrophe from the pandemic is yet to be seen. However, behavioural changes that will lead to significant space becoming obsolete in a post-coronavirus environment seem imminent. Given the potential for transformative changes, real estate players will be well served to take immediate action to improve their businesses but also keep one eye on a future that could be meaningfully different. With significant space becoming obsolete it is a great opportunity for property developers to add value.

Having said this with the new norm being more and more apparent if we look back initially 65% of property developers intended to increase their investment activity in the North substantially over the next two years setting the region up to become an ideal investment area for developers with capital growth and other sectors investing heavily up north including transport along with the governments North Powerhouse initiative. Together Finance company undertook a study and found that 57% of developers earmarked the North East as Britain’s most opportunity rich region. This was then followed by the North West at 42%, Wales (40%) and Scotland (38%), trailed by Yorkshire and Humberside (22%) and the South East (13%).

The above indicators from developers was despite the uncertainty of Brexit and the prospect of tougher economic times ahead. However no property developer could forecast this pandemic. Would this unforeseeable circumstance change the landscape of what property developers think?

I believe it would not, there of course is that element of uncertainty that arises from this. There will be hesitation but the above mentioned percentiles are most likely proportionately going to remain as they were anticipated however the density of investment will change. As you find at the beginning of the year property developers had a pipeline to do X number of sites in 2020 however with this pandemic it is very likely that they will not be able to meet their target of number of sites completed and resold. This would of course lead to putting the sites forward to undertake for the following year or of course the disposal depending on each developers cash reserves.

Prior to the pandemic developers main worries were that there were insufficient number of sites available and access to finance along with the Brexit uncertainty. However with this pandemic what you will find is the availability of sites should drastically increase as some developers are not able to retain the sites for the following year and require it to be offloaded. In which case another developer can come in and purchase the site. So you will see a lot of trading of sites during this time whilst each developer becomes clear on their construction capacity in terms of number of sites they can complete in this given year. This will ensure the developers sit down and prioritise their pipeline and dispose of sites they no longer feel they are able to complete. Equally there are other industries where sites are going to become readily available such as the hospitality, office blocks, pubs and restaurants. Each one of these types of premises could potentially be a gold mine for developers. Therefore if you know what you want and you know values of your gold mine areas this is the time for opportunity.

To throw another spanner in the works as if it is not enough! The bigger threat is if this snowballs into a long term global recession. What happens to the world when a major supplier like China catches COVID-19? The risk of a profound global recession have surely increased, with potentially significant consequences for long term housing demand and affordability.

Each developer is wondering whether they should purchase now or wait till the recession to purchase. Forecasters have predicted we will indeed be heading into a recession but the question is timing. Should developers withhold themselves until such a time period comes and then purchase deals outright? The answer is not a straight forward yes or no as it entirely depends on the deal that is in front of you. Provided the deal on the table is a very good deal that potentially you would have taken if there was even a recession then of course it would be a good idea to purchase now. If however you feel the deal is overpriced and in a recession it may potentially drop then it may be worth waiting not leaving it! Keep in touch with the seller and see whether their circumstances and expectation changes during a recession as a lot of sellers decide to go one of two ways either they sell at the lower price as they have to off load assets or they would try to ride the wave so to speak! So always keep in touch with your sellers as you never know when a good deal can arise with or without a recession looming.

Of course home purchases may be among the first decisions to be put on hold in the event of both social and economic uncertainty. However does that mean as a developer you stop purchasing sites? If at full capacity then yes! HOWEVER if you have taken into account resell price reductions and increased timelines for the resell of the units due to the slow market within your site appraisals and the numbers on the deal still add up to your expected percentile on profitability, the deal is worth it. Yes although there is social and economic impact on developers to reduce their capacity of sites equally other sectors are feeling the same pinch; in which case there are good deals to be done during this climate as you will find sellers have more issues than just the bottom line price to consider. They would be looking at speed, deliverability of a buyer in such a climate. If you are a developer able to expedite and execute on transactions then you can get some very good deals while other developers ponder over sites.

It seems as though COVID – 19 combined with the floods, and Brexit have wrecked any positive effects that political certainty since the election may have provided to the housing market but of course it is about adapting your plans and still progressing forward. While others are steadying the ship developers should be prepared and ready to capture opportunities when they arise but of course with limitations and realistic observations on resell prices and timelines.

The pandemic will certainly delay what was building up to be a strong market. Although it is expected to be an increased demand in the summer if the virus subsides with warmer weather. Whether that is scientifically possible we will tell shortly. The increased demand is partly due to the reduced interest rates which would lead to lower borrowing costs that will increase developers appetite.  Ultimately the pandemic has created uncertainty however as developers you will always find challenges and hurdles within business it is just a matter of adjusting, being realistic with expectations and keeping a look out for valuable opportunities during a time where sellers may not just be looking to sell at a set price.