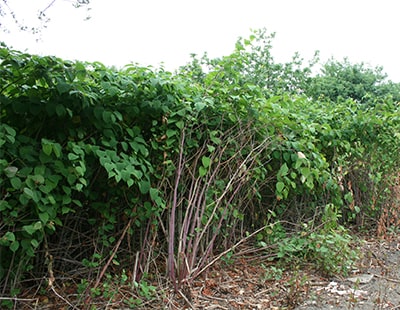 The increasing demand for information on Japanese Knotweed during the house buying process is emphasising the need for householders to pay more attention to the problem, it is claimed.

Mortgage lenders now require the sellers of properties affected by knotweed to provide evidence of a professional treatment plan along with an insurance-backed guarantee for remedial work, before they will offer a loan.

Sellers are now also required by law to tell buyers if a property is or has been affected by Japanese knotweed, as a specific question now forms part of the TA6 conveyancing form.

Specialist knotweed removal firm Environet UK says it costs the average homeowner £2,500 to treat Japanese knotweed with herbicide and £5,000 or more to excavate it.

Householders who attempt to deal with the problem themselves by cutting it down repeatedly, pouring diesel on it, covering it in salt, burning it, burying it and saturating it in over-the-counter weed killers, will find those methods categorically don’t work the firm insists.

The recent wet weather – thought to have made recent months England’s fifth wettest autumn on record – has apparently prompted the spread of invasive plants such as Japanese knotweed, Giant Hogweed and Himalayan Balsam, which can hitch a ride in floodwater to spread and take hold in new locations.

Environet UK says homeowners who live near watercourses – particularly those in areas hit by severe flooding in recent months such as Yorkshire, the East and West Midlands and parts of South East and South West England – are particularly at risk and should be vigilant for new infestations appearing this spring.