Eyam – The village that defied the Plague 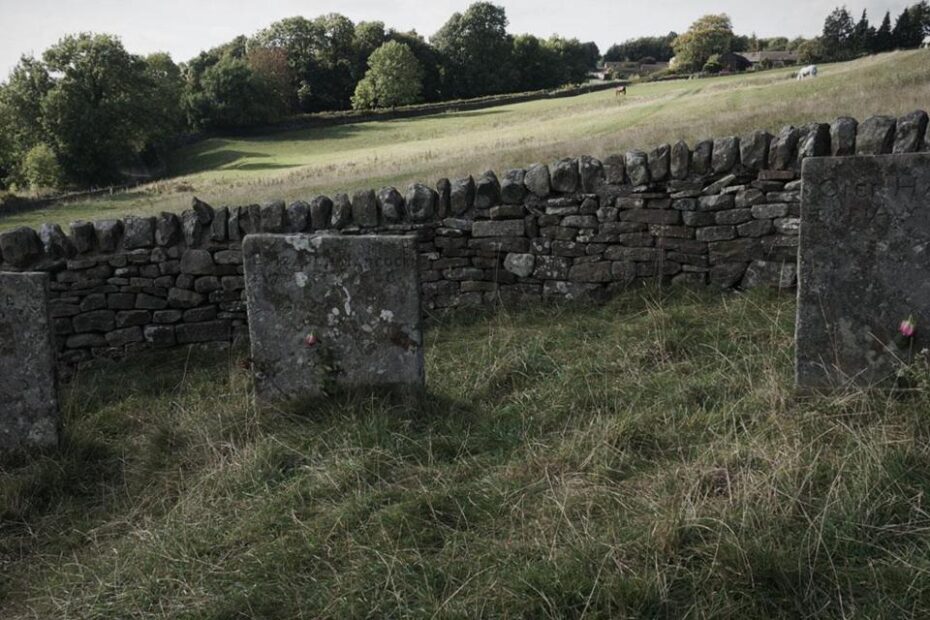 When people make the ultimate sacrifice….

In the Peak District, just a few miles from Peak Forest and Sheffield, there is a village called Eyam, which was overwhelmed by the plague in the summer of 1665, when the Plague arrived, this what happened.

Over the course of eight days in August 1667, Elizabeth Hancock lost her six children and her husband. Covering her mouth with a handkerchief against the stench of decay, she dragged their bodies to a nearby field and buried them.

Hancock’s loved ones were victims of the Great Plague, the deadly plague that intermittently reared its head in Europe between the 13th and 17th Centuries, killing an estimated 150 million people. The epidemic of 1664 to 1666 was particularly notorious, and the last major outbreak of the disease in England. Some 100,000 people, one quarter of the city’s population, died in London alone.

Amid the devastation, the sleepy Peak District village of Eyam, home to Hancock and her family, became the site of one of the most heroic acts of self-sacrifice in British history – and one of the main reasons the plague’s march was halted.

Today, in Eyam, located 35 miles southeast of Manchester, all seems well in the world. Children pick fat purple blackberries from the hedgerows just outside the village; cyclists speed down the treacherously steep roads, their wheels slicking over fallen leaves. A pretty commuter village of 900 residents, Eyam has all the requisite English attractions: pubs, cosy cafes and an idyllic church.

Stand here 450 years ago, though, and you would have looked down onto a village ravaged by the Great Plague. You would have seen empty streets, the doors daubed with white crosses, and heard the wails of the dying from behind closed doors.

The plague reached Eyam in the summer of 1665 when a London merchant sent flea-infested cloth samples to the local tailor, Alexander Hadfield. Within a week, Hadfield’s assistant, George Vickers, had died a prolonged and agonising death. Before long, the rest of the household had fallen ill and died.

Until now, the plague had been mostly contained to the south of England. Terrified the disease would spread across the north, wiping out other towns and communities, the villagers realised there was only one option: quarantine. With the guidance of their rector William Mompesson, they decided to isolate themselves, creating a perimeter of boundary stones that they vowed not to cross … even those who were not showing any symptoms.

“It meant they couldn’t escape coming into contact with the disease,” explained Catherine Rawson, secretary at Eyam Museum, which details how the village dealt with the plague.

It also meant making careful plans to ensure not only that villagers were kept in, but that others were kept out – and the residents could still receive the food and supplies they needed.

The villagers established a system of boundary stones around the village’s periphery, boring holes into the rocks and leaving coins soaked in vinegar – they believed it acted as a disinfectant – in the holes. Merchants from surrounding villages would collect the money and leave bundles of meat, grains and trinkets in return.

You can still visit the boundary stones today. Set about half a mile back from the village, these flat, rough rocks are an attraction now, the sides of the holes smoothed down by centuries of children slotting their fingers in. Silver coins glint inside, placed there by tourists to honour plague victims.

It’s one of many easy walks that visitors can hike around the village. There’s another great uphill trail, a peaceful mile long walk through pine and oak forests, towards Mompesson’s Well to the south. Here too, bundles of food and materials were left for villagers to collect.

How well residents took the news that they were going to be quarantined is debatable. Although some villagers tried to leave, it appears that most of Eyam’s townsfolk stoically accepted their plight and made a pact with God to remain.

Even if they did leave, they certainly wouldn’t have received a warm welcome elsewhere. One woman left Eyam to travel to the market at nearby village of Tideswell, five miles west. When people realised that she was from Eyam, they pelted her with food and mud, shouting, “The Plague! The Plague!”.

As more people died, the village began to collapse. Roads were left to crumble; untended gardens became overgrown. Crops were left unpicked in fields, leaving villagers to rely on food packages from neighbouring towns. They were living with death literally around the corner, unsure of who would next fall prey to a disease nobody understood. The plague in 1665 must have been very much like Ebola in 2015, except with even less medical knowledge and no available vaccine.

Special measures were taken to try to stop the plague from spreading. In the first half of 1666, 200 people passed away. After the stonemason died, villagers had no choice but to engrave their own tombstones. Residents like Elizabeth Hancock buried their own dead, dragging bodies down the street by tying ropes around the victim’s’ feet to avoid contact with the deceased.

Church services were held in the open air to reduce the spread of disease, but by August 1666 the effects of the plague were devastating: 267 had been killed out of a population of 344. Those who didn’t catch it were said to carry a special ability – today thought to have been a chromosome – which stopped them from falling ill. Others, believed that superstitious rituals (such as smoking tobacco) and fervent prayer staved off the disease.

Jenny Aldridge, visitor operation manager for Eyam Hall at the National Trust, told me how the plague victims knew they had been struck by the pox when they began to smell sweet odours. William Mompesson’s wife, Katherine, noted that the air smelt sweet the night before she came down with the plague – from that, he knew that she had been infected. Gruesomely, the pleasant scent was brought on by a person’s olfactory glands detecting that their internal organs were collapsing and rotting.

“This, coupled with the fact that diseases were thought to be carried through the air like miasmas, led to villagers wearing masks stuffed with herbs,” Aldridge said. “Some even sat in sewers because they thought the smell was so bad, the plague couldn’t get you there.”

After 14 months, the disease burned itself out, leaving almost as suddenly as it had arrived. Life returned to normal and trade resumed relatively quickly too, because lead mining, Eyam’s main source of wealth, was too valuable to ignore.

Today, Eyam is used mainly become a commuter town for nearby Sheffield and Manchester, although farms still surround the area, unchanged for centuries. The town’s original stocks still sit on the village green and the stately 17th century Eyam Hall, a Jacobean manor house, stands proudly over the village.

The most dramatic details, though, are the green plaques that now mark the cottages where the plague struck, many listing numerous members lost by each family.

The signs are a constant reminder to the northerners here: that they, and their ancestors, might well owe these brave people their lives.

This was one of the most heroic acts in the history of plagues, one that resulted in containment that saved lives, something we should all be thinking about during the current crisis.