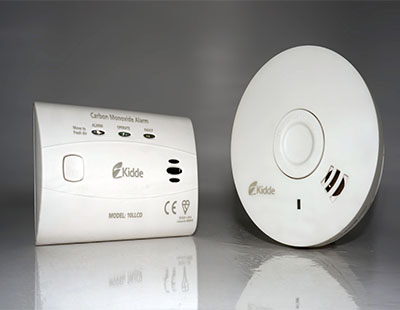 An assembly member has welcomed the introduction of legislation for carbon monoxide detectors in rented homes in Wales.

The Welsh Government says new regulations are to be introduced to tackle the threat of carbon monoxide poisoning.

Around 60 people a year are killed by carbon monoxide poisoning in Wales and thousands are hospitalised.

The regulations will require landlords in Wales and their agents to install working carbon monoxide alarms, smoke alarms and undertake an electrical safety test at least every five years.

The time frame is not clear at this stage, but it would appear that it will be implemented as part of the introduction of Section 91 of the Renting Homes (Wales) Act 2016 and prior to the end of this Assembly term in 2021.

Clwyd West AM Darren Millar previously expressed concerns to the Senedd over the absence of legal requirements for the detectors to be installed in rental properties.

But he has welcomed confirmation that a new section of the Renting Homes (Wales) Act 2016 will include additional requirements for landlords to install working carbon monoxide alarms, smoke alarms and undertake an electrical safety test at least every five years.

He said: “I’m absolutely delighted to hear that new regulations will be coming into force to ensure landlords install carbon monoxide testers in their properties and the Minister is committed to ensuring they are implemented by the end of this Assembly term.”

Many people are at risk of carbon monoxide poisoning, particularly if they do not have a CO alarm in their property.

In the short-term, carbon monoxide poisoning can cause dizziness, sickness, tiredness and stomach pain, while prolonged exposure can lead to loss of consciousness and have a significant impact on an individual’s mental state, coordination and heart health.

Carbon monoxide is a poisonous gas that is produced when fuel does not burn properly – usually from badly fitted or poorly maintained appliances.

Though carbon monoxide is a poisonous gas, it has no smell or taste, so it is not obvious when someone has been exposed to it. Just breathing it in can make somebody very unwell and it can kill if a person is exposed to high levels.

Millar added: Carbon monoxide is a toxic gas, but, being colourless, odourless, tasteless, and initially non-irritating, it is very difficult for people to detect.

“Unfortunately, many people across Wales still do not know enough about its dangers and it continues to claim lives or leave people with long-term chronic health problems.

“Currently 60 people a year are killed by carbon monoxide poisoning and thousands are hospitalised. Hopefully, these new regulations will help to reduce that figure.”