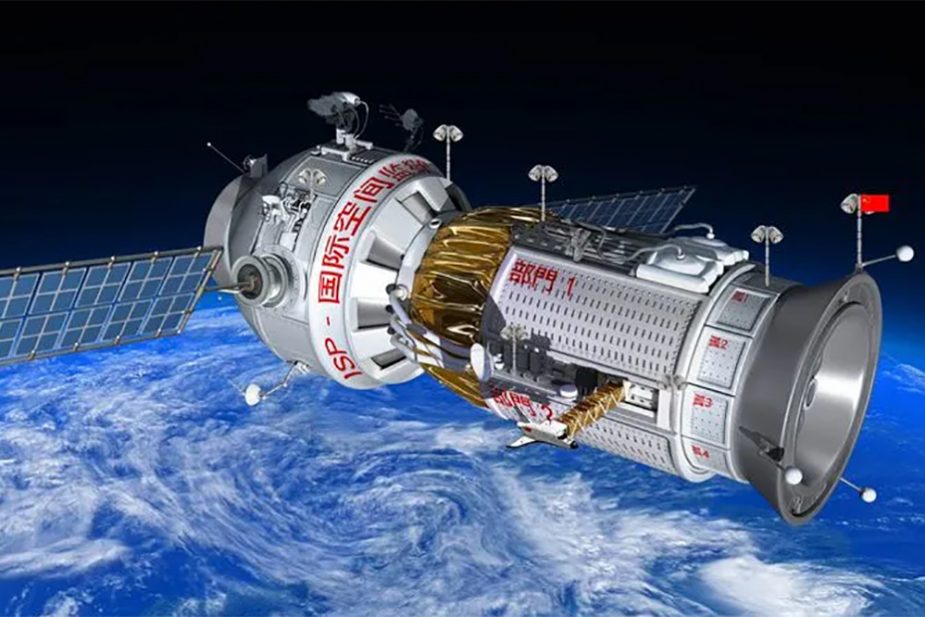 The Onion has reported………….

BEIJING—In a highly anticipated announcement that is being met with widespread enthusiasm by Chinese Communist Party officials across the country, the People’s Republic of China unveiled plans Monday to build and operate a new state-of-the-art international space prison by the year 2018.

The detainment complex, expected to orbit approximately 200 miles above the Earth, will reportedly be the most technologically advanced of its kind ever built, and officials from the China National Space Administration claim it will propel the exploration of criminal punishment forward in ways never before thought possible.

“Today marks the beginning of a bold new era in maximum security imprisonment,” Chinese president Xi Jinping said during a nationally televised address announcing the ambitious “ISP Program.” “Utilizing our nation’s great pioneering spirit, we will have a fully operational prison base in space before the end of the decade. This will move China to the forefront of human persecution and enable us to make historic leaps and bounds in the confinement of those who subvert the Republic.”

“Ultimately, though, we hope the ISP will serve as a vessel for international cooperation,” Jinping continued. “The governments of North Korea, Iran, Cuba, and Russia have already pledged financial support and their own convicts to the project. One day, this glorious facility will be filled with inmates representing countries from every corner of the world.”

According to officials, the sprawling 60,000-square-foot facility will be the largest man-made satellite in history, containing over 3,000 prison cells, 500 solitary confinement pods, and as many as 10 cutting-edge torture labs.

Construction of the base’s highly advanced components will reportedly cost over $130 billion and will require roughly 10,000 man-hours from peasants toiling in forced labor camps.

“The orbital prison will be completely self-sustaining,” said ISP lead engineer Li Xuanzhi, explaining that refuse, waste, and 100 randomly selected prisoners will be jettisoned into space twice each week. “The station will be equipped with thousands of custom-built solar panels for converting sunlight to electricity, which will then be used to simultaneously power the entire facility and put detainees through electroshock torture. Moreover, a progressive new electrical grid will enable guards to adjust the temperature in individual cells to either negative 15 degrees or 110 degrees Fahrenheit.”

According to sources, a select group of 15 Chinese men and women caught criticizing the deteriorating standard of living in rural Lanzhou have already been chosen as the first to be confined in the historic ISP station.

The captives will reportedly undergo a battery of tests and intense training in preparation for the conditions awaiting them in space, including being submerged underwater for minutes at a time, being spun in a human centrifuge at high g-forces until they lose consciousness, undergoing days of sleep deprivation, and having teeth slowly pulled from their mouths with pliers. Sources also confirmed that CNSA engineers have designed a zero-gravity simulator in order to acclimate the inmates to the daily 20-hour shifts of hard labor in the prison’s revolutionary Re-education Module.

“The human body functions very differently without the effects of gravitational pull, so the ISP will allow us to examine how prisoners react to starvation, beatings, isolation, and psychological torture in the weightless environment of space,” said Xuanzhi. “One of the first experiments we look to carry out will determine whether a human rights activist can simply survive for two weeks in space without any food or water. From there, we can chain them to the outside of the spacecraft and monitor their vital signs as they are subjected to incredibly high doses of radiation from the sun.”

“These types of trials will allow for groundbreaking advancements in human confinement and subjugation,” Xuanzhi added. “The ISP can open new doors to faster and more effective methods of sentencing without judicial process, and in the end we hope to push the boundaries of aeronautical technology and incarceration in order to make life far worse for prisoners here on earth.”

Experts say China has been keen to launch an international space prison ever since the Soviet Union successfully sent the world’s first modular space gulag, the Vinovnyy, into low orbit in 1989.

With Vinovnyy no longer in commission as of 1996, China is reportedly aiming to use its international space prison to not only break new ground in convict discipline but also inspire a whole new generation of children to be obedient, loyal, and patriotic.

So China has a fleet of execution buses, that drive around and collect prisoners, execute them on board as directed by the message on their data-head, then deliver the required organ where it is needed.

They have now made great strides towards a dystopian society with their social credit system and now this?