Conveyancers warned to prepare for the worse 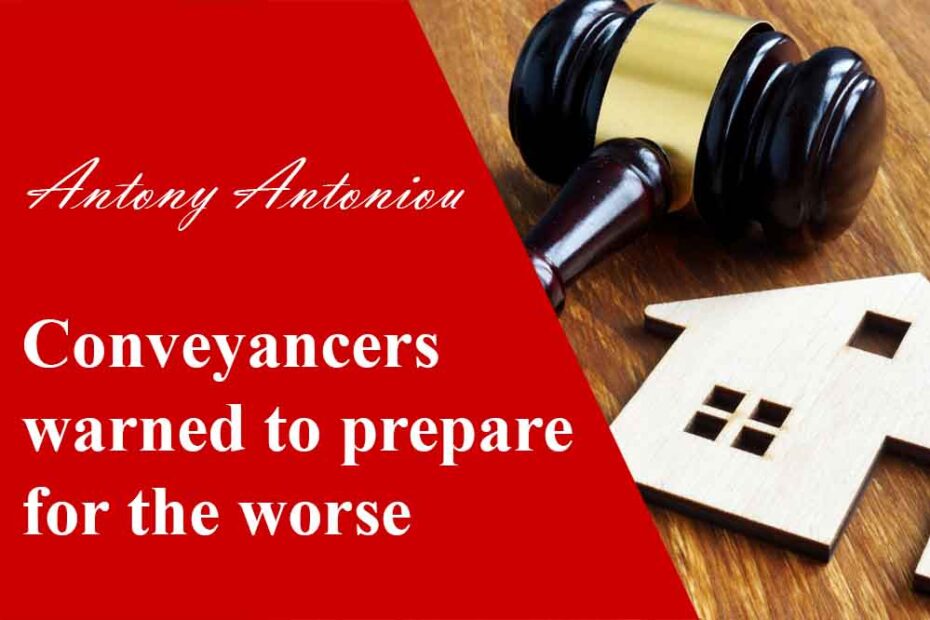 Conveyancers warned to prepare for the worse

Conveyancers are being advised to prepare their businesses for a “significant fall in work volumes.”Many firms have complained about a backlog in recent months but the Council for Licensed Conveyancers (CLC) has issued an advisor note urging the firms it regulates to stress test their business and prepare for changes in the economy.

The note said: “It will not come as news to you that the economic outlook for the UK is uncertain. The global economy is challenging and the pressures on UK businesses and citizens are well known.

“The 2007-08 Global Financial Crisis saw a more than 40% drop in conveyancing transactions from one year to the next.  The turnover of CLC-regulated firms fell by 27% before largely recovering the following year.”The CLC warned that while the turnover of CLC-regulated firms has since hit £227m in 2020, the market is now “entering a very different world.

It said: “There is a growing consensus that property transaction volumes look set to fall and some of you are telling us that there is already evidence of that.

“That might be expected anyway given the very high volumes in 2021. However, increasing interest rates, the Bank of England’s stated expectation that the UK economy will be in recession until summer 2023, the falling availability of mortgage products and the tightening supply of properties for sale will all contribute to falling transaction numbers.

“Against this background, all law firms should consider how they would respond to a significant downturn in the economy.

“Those that are focused significantly or entirely on conveyancing would be wise to prepare a contingency plan that sets out steps they would take to protect the business in the event of a fall in transaction volumes similar to that seen in 2007-08 – a 40% decrease.”

The CLC said plans might include cost savings, increasing the profit margin on services, the potential for growing income from probate services that are less affected by the economic cycle or falling back on reserves.

The note added: “Preparing for the worst is vital for the resilience of the legal services sector and for the sustainable provision of conveyancing and probate services to the public.

“The CLC will be asking its regulated community about preparations that they have made when it issues its Regulatory Return questionnaire in November 2022.”