The stamp duty cut is just a token gesture 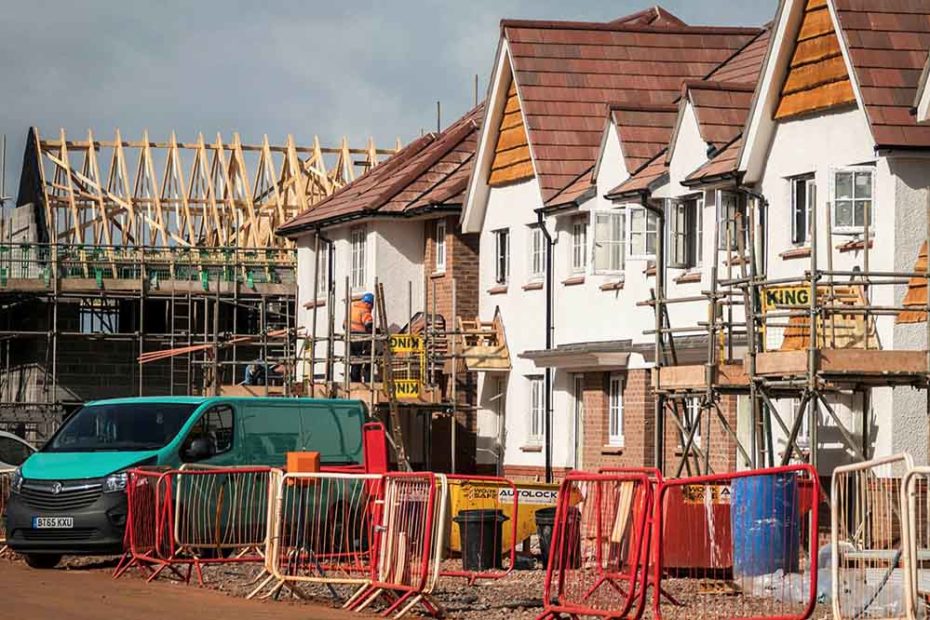 The stamp duty cut is just a token gesture

Today, the Chancellor Kwasi Kwarteng announced a series of tax cuts in a mini -budget, one of those being a cut in stamp duty, mainly targeted at first-time-buyers.

What do these changes mean?

What does this mean in actually stamp duty payable?

Whilst this is much needed, I don’t feel that this is enough to help the millions of young (and not so young) first-time-buyers to get on to the property ladder.

What we need is a fundamental change in our housing policy mindset. We all know that there are many people out there with access to pockets of money, who are easily capable of out-bidding first-time-buyers. Despite the ‘anti-landlord’ climate over the past few years, things have not improved for those wishing to enter the property market, all that is happening, is that rental property is moving from individuals, to large corporations, taking control of rental property throughout the UK, under the banner of ‘housing associations’

Whilst the notion of encouraging individuals to invest in property, then make them available for rental with Assured Shorthold Tenancies may have been a quick fix, when the AST was introduced in 1988, along with the hated (or loved) section 21.

The result was an explosion of private landlords, who began to take a stranglehold on the property market, often competing with first-time-buyers for properties, as the most sought after BTL properties are typically one or two bedroom homes., resulting in the exponential rise of entry level homes and subsequently rents, which are now higher than ever.

If we were to put political allegiances to one side, let’s examine the start of the current housing crisis, the introduction of the ‘Right to Buy’ in 1980. This gave local authority tenants the right to buy their home, with a significant discount of up to a maximum of 50%.

The thinking behind this, was that local authorities would sell a home to a tenant and build another one, but this was badly implemented and in practice, the housing stock held by local authorities plummeted, leaving the government with not alternative, but to introduce the assured shorthold tenancy and the section 21 in 1988, which may have been wonderful for some, but socially and morally, it has been catastrophic.

Let’s take a typical first-time-buyer saving for a deposit, if they are fortunate enough to live at home and be able to save, the are then left with the task of saving faster than property is rising, which has been hard enough as it is. However, for those who are renting, he ability to save, whilst dealing with rising rental costs, plus the fact that they are renting under the terms of an AST, which is normally for 12 months, which often results in the following course of events.

A tenant moves in to a rental property in January, it takes them a couple of months to settle in, then as a section 21 can be issued two months before the end of a lease, they are now only EIGHT MONTHS away from their next eviction notice. Therefore, they are not only required to pay rent, but they will need to find another property, they need to match the timing with the date that their current lease expires, so that they do not end up paying two rents for a while (which often happens) then they have all of the associated costs involved with moving!

Basically, under the AST millions of people in the UK are permanently living in temporary accommodation!

If we were to look at it from another point of view, what if first-time-buyers were able to rent a property, pay a fair rent for five years and then be entitled to buy that property at a discount of 50%, with the money being re-invested in to building more homes for the very same purpose? Wouldn’t that have changed things for the better?

What about Landlords and Investors?

The UK has some of the oldest housing stock in the world, that is not a bad thing, but there is a cost. A large number of properties in the UK are in very poor condition, in fact, over 60% of BTL homes have an EPC rating of E or less, these homes cost twice as much to run, these are all in urgent need of improvement, it is unfair and immoral for people to live in these properties, let alone pay rent that is constantly rising and then face energy costs that could be as much as double the cost that they could be and that is on top of the fact that energy has almost doubled in price, since the start of this year.

The latest UK Government data shows that over 216,000 homes in England have been empty for over six months. In total, over 600,000 homes are currently vacant in England, more than the UK Government’s housebuilding target of 300,000 per year.

Currently, there are over 80,000 empty homes in Band A for Council Tax, with 97 per cent of local authorities reporting high levels of empty homes, citing owners’ inability to fund repairs as the reason.

This situation has increased dramatically as the minimum EPC rating for rental homes, was quite rightly raised to a minimum of an E, but this will rise to a C from 2025, resulting in many homes being unfit for rental and with lenders increasingly unwilling to lend against property with an EPC below a C, they are rapidly becoming un-mortgageable.

What is the solution?

Rather than setting large numbers of investors loose, to be competing with first-time-buyers, resulting in the crisis we are in today, there should be incentive, both legal and financial for landlords and investors to buy derelict and property that is unfit for the purpose and improve that property, with tax advantages that rise in direct correlation to the improvement in energy performance.

There should also be tax benefits for these properties to then be subsequently offered to the tenants, with help from the government, including no stamp duty (although most will fall in to that bracket anyway) and a government backed guarantee for 10/15% of their mortgage, so that they are able to get better deals from lenders, it is immoral that those who can afford to pay the least, should be paying the most.

As you can see from the figures above, there are literally hundreds of thousands of properties in desperate need of renovation, improvement and insulation, which could be a wonderful opportunity for investors to add value to them and make them available to first-time-buyers. The same principle could be applied to new-build homes, using investors money to build-to-rent, with a right to buy with discount in the future, this would begin to ease the housing crisis very quickly and it would be ongoing.

Ultimately, it is all about our mindset, if we begin to think of our national housing stock as a community asset and understand that we may be owners, but even more so, we are simply custodians, many of these properties preceded us and they will remain after we are long gone, the attitude of ‘pulling up the ladder’ that has gripped this nation over the last few decades must be curtailed, or we will invariably face a social crisis, that will be to the detriment of us all.