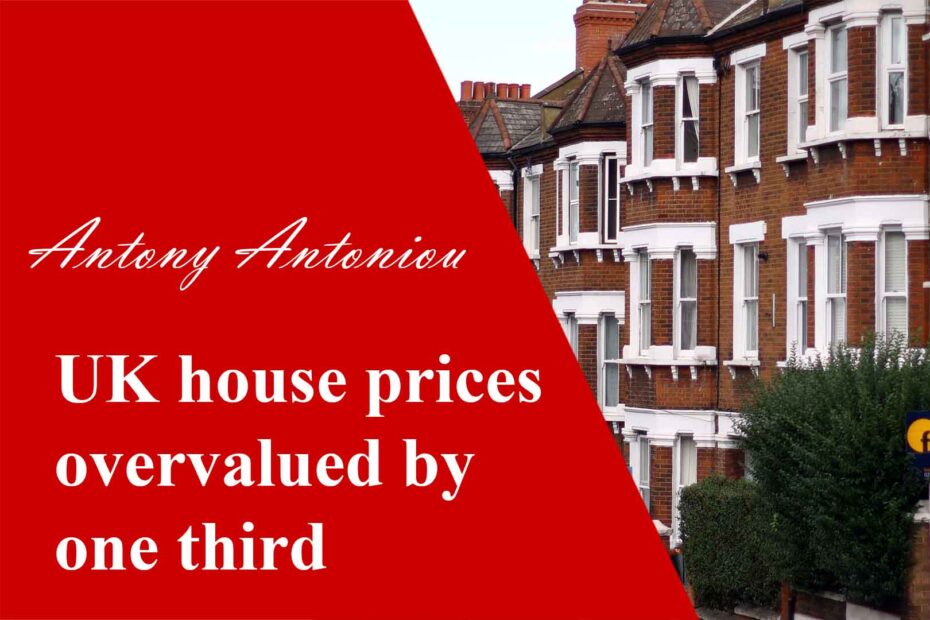 The Oxford Economics consultancy will this week publish its analysis of the affordability of housing revealing that residential property prices are ‘overvalued by a third and likely to fall’.

The analysis – based on the affordability of the average house, relative to mortgage payments and earnings since 2000 – will reveal that affordability has fallen over the past few weeks as underlying funding costs for lenders have increased.

Oxford Economics said last week that in major economies “overall, this is the most worrying outlook for the housing market since 2007-2008, with markets poised between the prospect of modest declines and much steeper ones”.

The consultancy has also warned that a UK house prices crash “is looking increasingly likely” after the mini-budget, which caused financial turbulence, causing swap rates, used to price fixed-rate deals, to surge.

Oxford Economics’ analysis does not take into account households’ increased outgoings in light of inflation being at a 40-year high, so the true picture may be even worse.

He told the press: “There’s a real challenge here for the government and I’m not particularly confident that it’ll rise to the challenge. If there’s no U-turn on tax cuts, then markets will demand a credible plan to cut spending and I’m concerned that the government will struggle to come up with one.

“So, as far as we’re concerned, much higher interest rates are likely here to stay. If the government doubles down on its rhetoric, we risk a situation where market credibility is not restored.”

Oxford Economics’ affordability analysis, due to be published this week, will point out that many homeowners will not be adversely affected by an interest rate hike in the short-term because they are on a fixed rate mortgage.

Goodwin continued: “Over the next few years we’re going to see a real divergence in fortunes amongst households, almost depending on luck as to when you took a mortgage out and when your fixed deal expires.”

He added: “It’s hard to see how a sharp drop in transactions and a marked correction in prices can be avoided.

“We think mortgage rates will stay quite close to the sort of levels they are now — two and five-year fixed as being above 5%, and the standard variable rate potentially going above 7% – for all of 2023.

“I think that for someone who took out a two-year fix this summer, it’s still going to be a problem for them when their fix expires.”