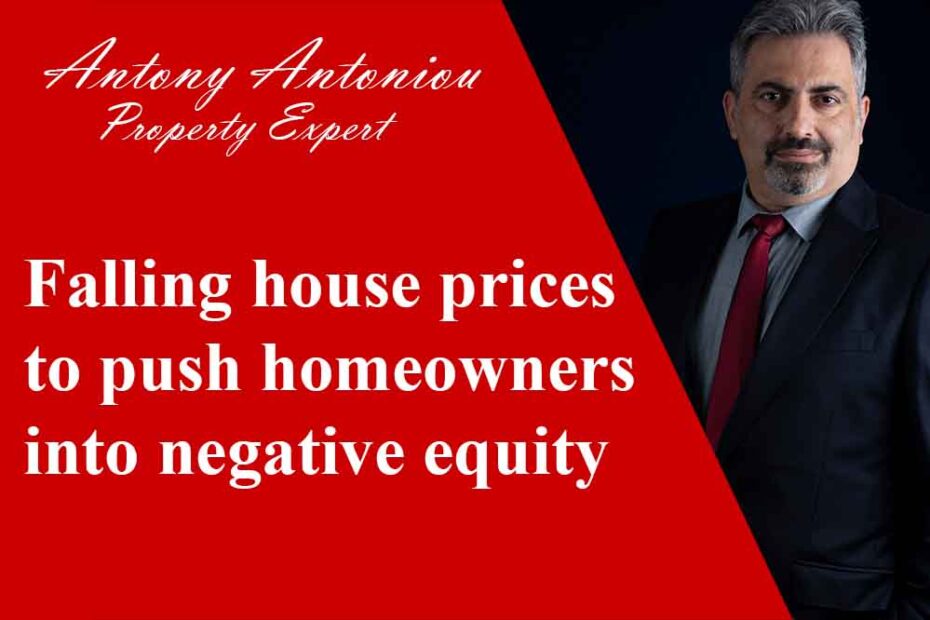 A number of recent home buyers with small deposits could soon find themselves in negative equity if house prices continue to fall.

More than 100,000 homeowners are likely to have properties worth less than their mortgage by the start of 2024, with some at risk as early as next summer, fresh research shows.

House prices are generally expected to fall next year, with Savills predicting a drop of 10% by the end of 2023. Some forecasts suggest that they could dip even higher.

There were 35,000 properties purchased with a deposit of 10% or less in the first quarter of this year and their owners are particularly at risk of falling into negative equity if the projected drop in home prices happens.

The National Association of Property Buyers (NAPB) say the risk of widespread cases of negative equity across the UK housing market was now “very real”, and that the next few weeks were pivotal for the housing market.

Jonanthan Rolande, a spokesman for the NAPB, commented: “Negative equity, if it hits hard, will trap millions in their property, however unsuitable it may be. Others will be repossessed as they won’t have any of their own money left to lose. In many cases, the taxpayer will be left to pick up the pieces.

“Whether we once again see the unwelcome sight of negative equity depends upon how quickly and how far prices fall. But the risk is very real.

“Anyone who has bought a property recently will have had to put in at least 5% and will have likely seen a small amount of growth during the first months of their ownership. For a sizable number of owners to be affected we will need to see a price drop of around 7% from the height of the market.

Rolande points to Halifax’s Price Index, which shows that about 0.5% has come off property prices in September and October, combined, and so there could yet be room for further falls.

“It is a depressing thought for many who have bought over the summer that their property may now be worth less than they paid,” Rolande continued. “As bleak as things currently look, nobody can say for sure what will happen – Brexit and Covid were both predicted to annihilate the market but didn’t.”

He added: “The government could well find some solutions to prevent a downward spiral. However, if the current 0.4% per month fall continues, prices will be back where they were a year ago by March 2023 meaning nearly everybody that bought in 2022 will have lost money – on paper at least.

“There is a psychological effect that I remember clearly from previous dips. Simply knowing that your home will be worth less next month than it is today is a depressing thought and tends to stop people from spending money elsewhere.  Although this may well be what the government wants to curb inflation, if the market is about to fall we must also brace ourselves for business closures and redundancies as even those without a crippling mortgage become ever more frugal with their cash.”