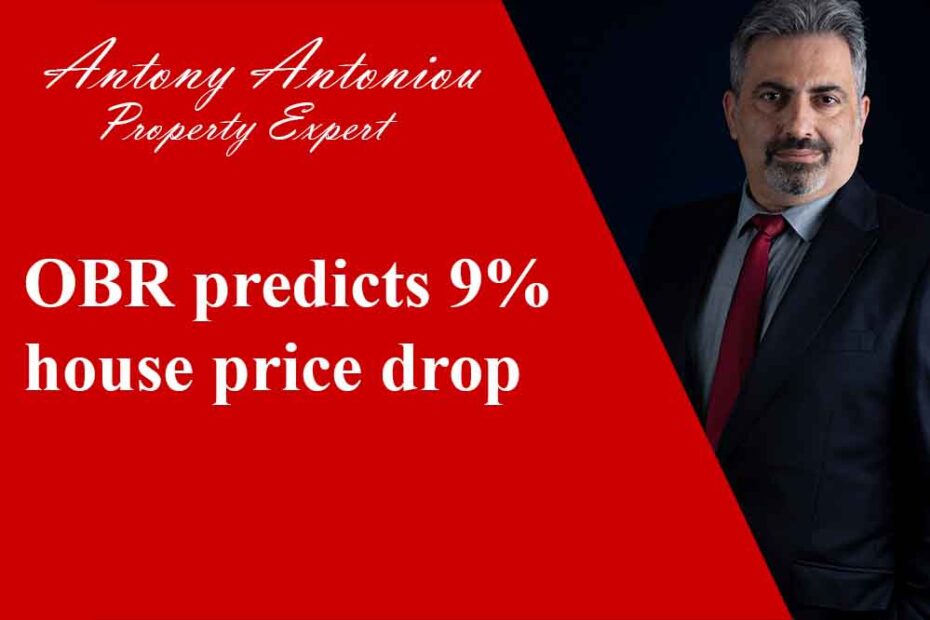 House prices are set to fall by 9% over the next two years, the Office for Budget Responsibility (OBR) claims.

The OBR, which keeps an eye on the government’s own finances and forecasts, has released its own economic outlook in the aftermath of today’s Autumn Statement.

It suggests that house prices are forecast to fall by 9% between the fourth quarter of 2022 and the third quarter of 2024, largely driven by higher mortgage rates as well as the wider economic downturn.

The report highlights that a squeeze on real incomes, rise in interest rates and fall in house prices will all weigh on consumption and investment, tipping the economy into a recession lasting just over a year from the third quarter of 2022.

The OBR said it expects average interest rates on the stock of outstanding mortgages to peak at 5% in the second half of 2024, the highest since 2008, before falling back slightly to 4.6 per cent by the end of 2027.

The report highlights that around 83% of mortgages are on fixed rates so it will take time to feed through to the wider market.

The OBR added: “As the economy recovers, house prices rise slightly faster than nominal incomes from 2025, at around 2.6% a year, and the house-price-to-earnings ratio settles at around 7%, somewhat lower than the ratio of 7.3% in our March forecast.

“There is significant uncertainty over this forecast given the sensitivity of house prices to mortgage rates and the recent volatility in the bond yields that drive pricing in the mortgage market.”