Your valuation may not be accurate 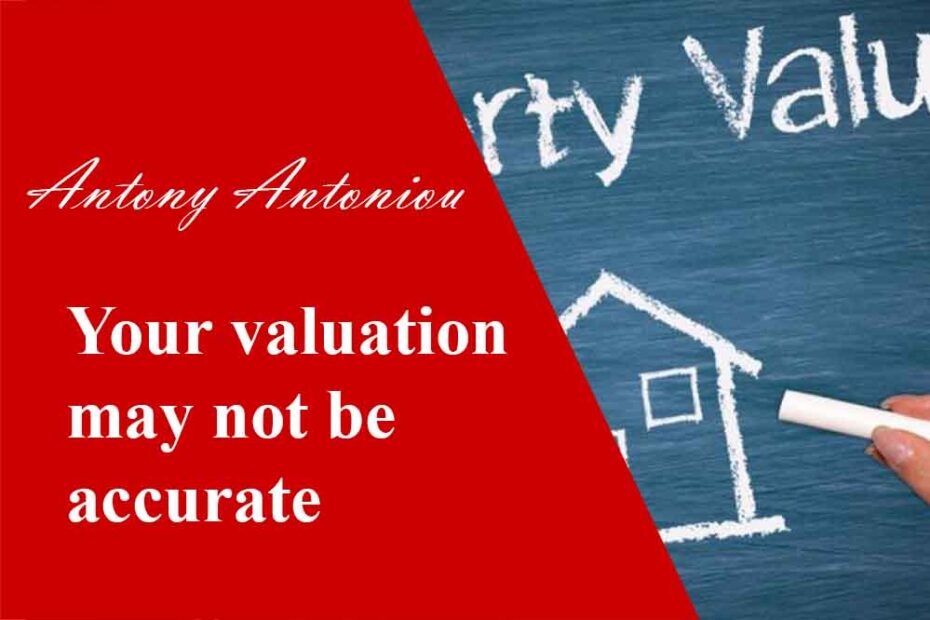 Your valuation may not be accurate

You are about to buy your first home, it seems to be very expensive, such a large sum for a tiny new-build property, hardly large enough to swing a Cat, but you run with it, because everyone repeats the same mantra:

“This is how much these properties are worth”

Really? How do they come to that conclusion?

You proceed, in the full confidence that you have had professional advice, firstly from the Estate Agent, representing the developers, then by the fact that many other properties on the same development are marked as sold, all at similar asking prices, so you feel confident to proceed, after all, if it’s over-priced, the surveyor will pick it up won’t he? Right?

Wrong! Surveyors do not work for you, they are simply paid for by you!

At the risk of stepping out on the proverbial ledge, I will happily state the following:

“Where new-builds are concerned, have no doubt that surveyors are only concerned about the interests of the developers, NOT YOURS!”

Despite their rhetoric of using comparable properties to establish the market value of the property in question, this is thrown out of the window where new-builds are concerned.

When a surveyor conducts a valuation, the responsibility and the liability rests almost solely with them, therefore, if they dare to question the value of a new-build, they will immediately face a barrage of contradicting arguments from the developers, along with thinly veiled threats, that their actions may result in losses for the developer, which would be pursued through the courts.

The surveyor has two options, they could stand their ground and face a an expensive legal process, or they could capitulate to the developers and go with their so called ‘evidence’

Keep in mind, that once a developer manages to dupe a buyer in to paying their inflated prices, they then have tangible evidence that a similar property has sold at the same asking price. It is at this point that the surveyor has no choice but to abandon their professional verdict and produce a valuation that meets with the demands of the developers.

Absolute rubbish I hear you scream!

I understand your concern, after all, if this is true, it raises many questions, not only about the integrity of the valuation system, but the entire house-buying process.

Yet lo and behold there is seemingly another entity in our sector that is also being probed over its finances and where murmurings of fraud and corruption are front and centre of recent revelations.

Swagger in from stage left, the RICS – the Royal Institution of Chartered Surveyors.

According to the Sunday Times as the publication that has undertaken a protracted investigation into the goings on there, the alarm was raised whereby there was concern amongst stakeholders that all was not well with the professional body’s finances as a consequence of an independent audit by accountants BDO that had apparently flagged concerns over treasury management and susceptibility to ‘unidentified’ fraud and misappropriation. Kind of awkward for an organisation that has as its website description ‘…delivers confidence through respected global standards…’ and bangs on about ‘transparency’ and tackling ‘conflicts of interest’ and cites its ‘commitments to honesty and integrity’ as cornerstones of its very existence.

So, alarm duly raised, four RICS non-executive directors ask to see said BDO report, as is their right and as is part of their oversight role. But permission is refused by the RICS hierarchy and which doesn’t stink at all, does it? I mean, a so-called harbinger of transparency hiding a report that condemns its handling of its books so that no-one is able to scrutinise or debate whether a problem exists as a global leader in accountancy has said it does? No, all sounds 100% legit here, right?

This, an organisation that reaps £93m in revenue each year, mostly from members’ subs and which, curiously, lost nearly £5m last year and saw revenue reserves swing £9m the wrong way. That’s a lot of red ink. This is also an entity that spends £13m each year, 14% of its income, on promoting ‘influence and brand profile’. That’s a big PR budget, take it from me.

Hey, perhaps the ‘Royal’ label actually inspires delusions of entitlement and infallibility in the RICS hierarchy just as it does among members of the monarchy everywhere. After all, it insists on headquartering in Parliament Square and on having an in-house Michelin starred chef making its execs lunch each day and so it definitely has a suitably high opinion of itself – and a very expensive one.

I put it to you, that if you are a first-time-buyer, with a small deposit, thinking about buying a new-build on the cusp of a serious market fall, do not go ahead, wait! If you do, then you run the serious risk of finding yourselves in negative equity for a long time.

Have no doubt that should you need to sell, the very same valuer who confirmed the value of the property when you were buying from a developer, will not spare you the same courtesy, even before any fall in prices.

I would like to hear from any surveyors who are prepared to go on the record and discuss this, although I doubt that any will. in the meantime, I believe that there are serious questions about your integrity and your professional loyalty. I also believe that you can and do pander to the developers for a fee, I believe the going rate is thirty pieces of Silver.