Gazeal announce that 1 in 3 sales fall down 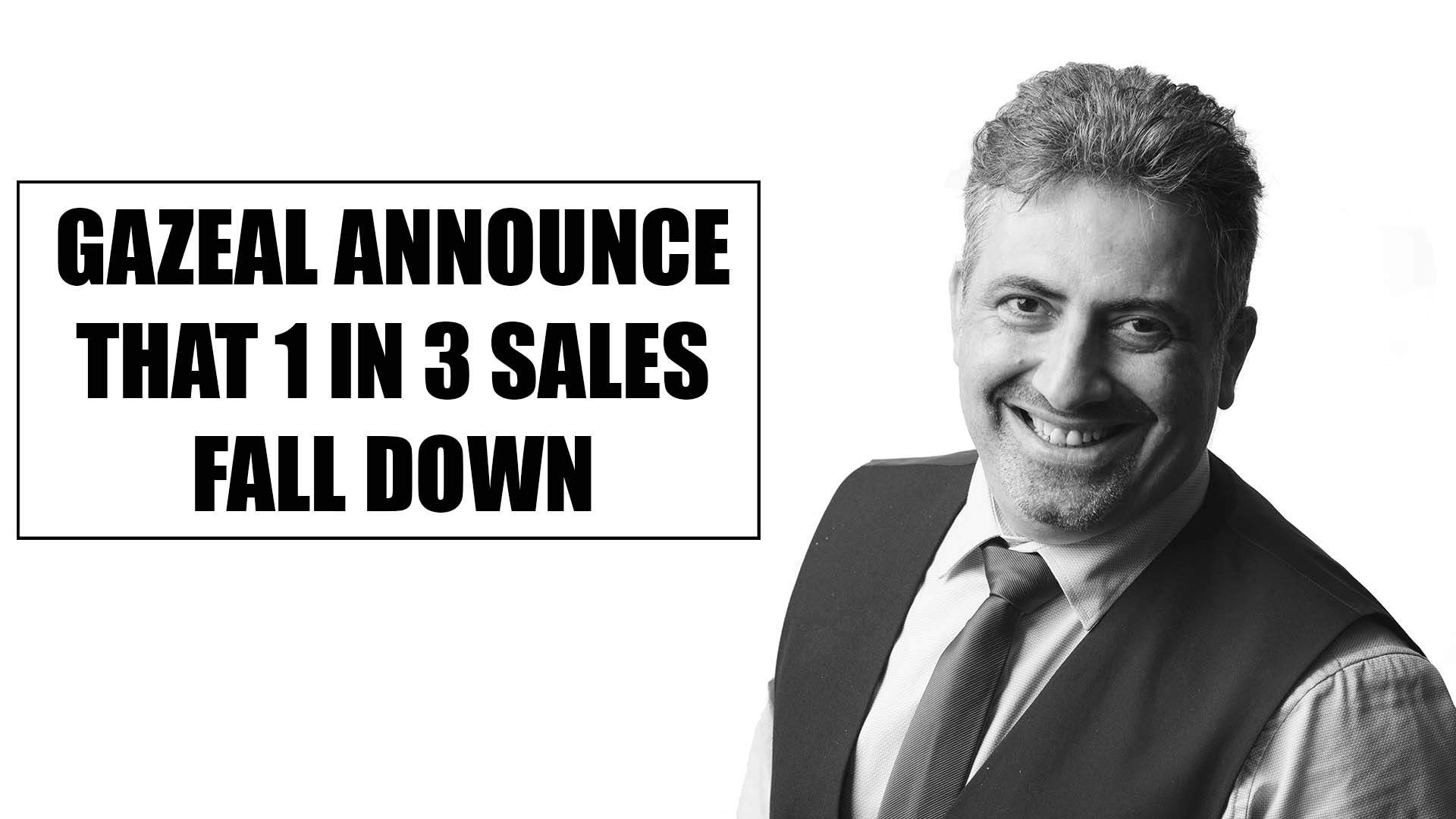 Fall throughs which could be avoided by Reservation Agreements have cost agency branches an average £10,000 per month. That’s the claim from digital platform Gazeal which has made the calculation by monitoring transaction and other market data.According to HM Land Registry figures, there were 105,630 completed transactions in October. Based on Nationwide’s national average house price of £229,721 and an average commission fee of 1.0 per cent, Gazeal says agents’ total monthly earnings are in excess of approximately £242m.But it goes on to claim that £80m in commission fees could be lost each month due to a third of transactions falling through – that’s in excess of £10,000 per branch.

The figure reflects the fact that the number of potential property transactions has risen sharply in recent months due to the stamp duty holiday, which could continue into the New Year.

According to Zoopla forecasts, an additional 100,000 sales are expected in the first quarter of 2021 as high transaction volumes spill over from 2020. This could result in an additional 33,000 fall throughs and lost commission for the industry to the tune of approximately £75m, suggests Gazeal.

“This results in agents doing hours of work without getting paid. Agents have to face the reality that each branch risks losing thousands of pounds in commission each month due to fall-throughs” says Bryan Mansell, co-founder of Gazeal.

Gazeal claims reservation agreements have been proven to reduce agents’ fall-through rates by at least 50 per cent.

Mansell adds that ensuring properties are ‘sale-ready’ with up-front information such as protocol information forms, title documents, certificates and guarantees, can reduce the chance of any problems further down the line and protect agents’ pipelines.

“Giving buyers a transparent view of the property before they make an offer can really speed up transactions and drastically reduces the chances of them pulling out at a later date. Quicker transactions which are more secure allow agents to get paid sooner and more frequently, while increasing consumer satisfaction with the moving process” he concludes.
0 0 votes
Article Rating