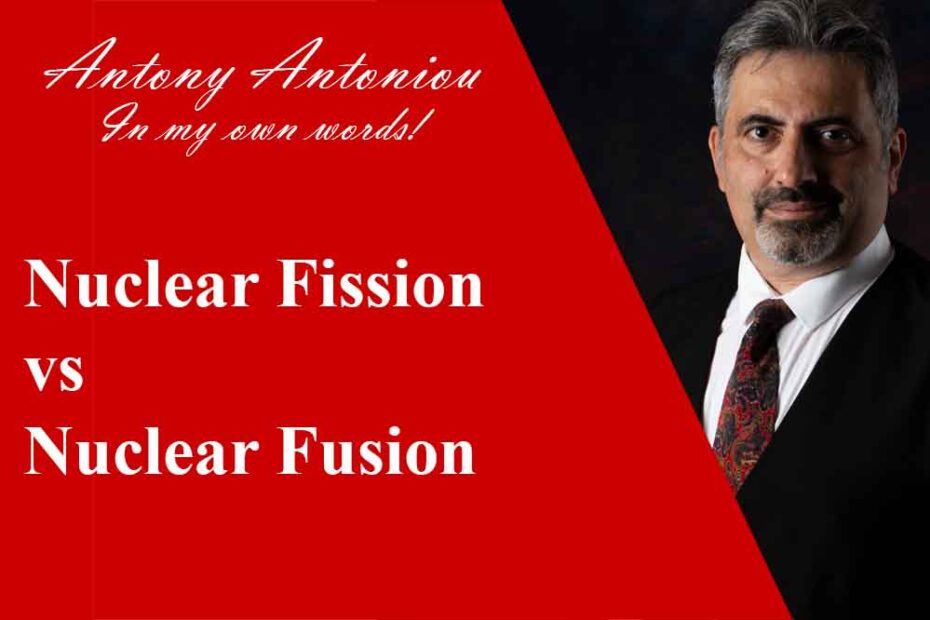 I’d like to cover just briefly, the differences between nuclear fission, which is what we have now and nuclear fusion, which I fervently believe is the energy of the future.
With nuclear fission, what we have now is basically the process of the atom being split, creating a mini nuclear explosion and the fuel used for that, is uranium and plutonium, which also then requires safe disposal of.
We know that there have been incidents like Chernobyl, but in the UK our nuclear power plants are the safest in the world, nothing beats nuclear power for safe energy, whereas with nuclear fusion, atoms are fused together to create energy, the fuel for that is actually hydrogen
and the byproduct is helium and water. It’s the safest form of energy, or rather it will be eventually when we get there.
Nuclear fusion is definitely the energy of the future and I do hope that we get there in my lifetime, I would love to see that, in the meantime
the government has recently got behind the production of Rolls-Royce SMRs, which are small modular reactors. They’re built remotely, almost in kit form, they can take up to five years to install instead of 10 or 20, but in reality it will be much less than that.
One SMR which can be disguised as a beautiful building, you wouldn’t even notice that it were there, can not only power a city, depending on
the size, it could even power an entire county, or there could be two side by side that would just give limitless energy, with a 100% uptime, unlike these monstrosities that are blighting our countryside, which only work about 25% of the time, if we’re lucky.
That’s the direction we need to go, and in the meantime first and foremost as I said previously, the focus should be on insulation, because
people spend out thousands to install an air source heat pump and then find afterwards that they’re not warm enough and they then need to spend thousands more on insulation, whereas if they went about it the other way around, if out of the 26 million homes in this country just 10 million were insulated to the standard that is available in this day and age, the reduction in energy and therefore emissions would be tremendous and it would have far more effect than looking at other options.
If you are a scientist, if you can enlighten us more about fission versus Fusion and the future, I’d love to know, I’m sure that we would all love to know, we need to know and most importantly we all have the right to know.
0 0 votes
Article Rating