Property Market Update Where is the market going 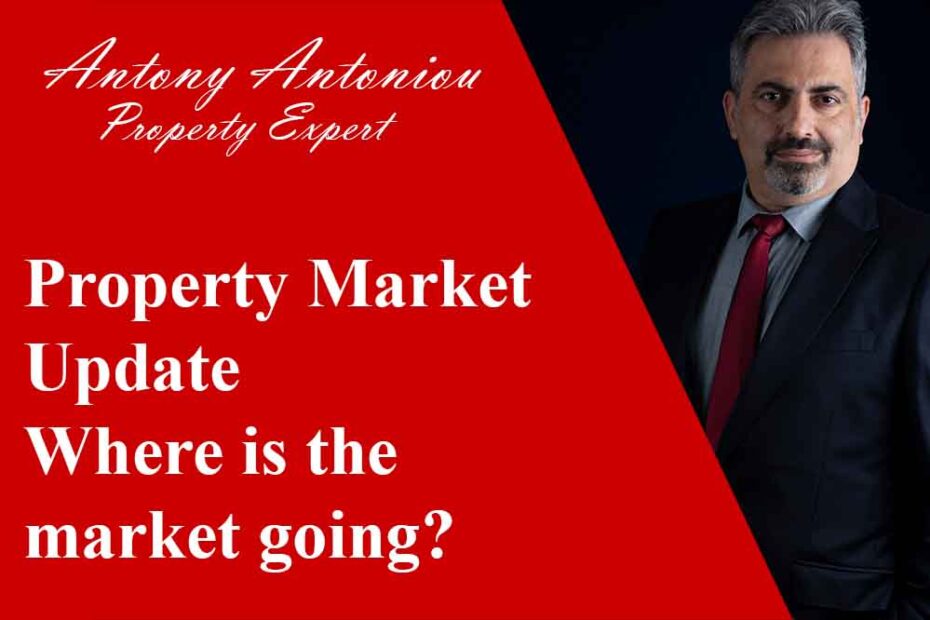 Property Market Update Where is the market going

Where is the property market going at this point in time and more importantly, what should you do if you’re thinking about re-fixing your mortgage? If you are buying your first home, or buying your next home, the report from the Nationwide last month indicated a fall of five percent in the property market, that’s no surprise, but what many people may not realise, is that that five percent fall was not last month, that reflects a fall in five percent on sold prices for property that was agreed four or five months previously, so sales that completed in November were probably agreed in May or June, before interest rates went up, before the catastrophic budget, before inflation went through the roof  and before the crisis we’re facing at the moment became as bad, or anywhere near as bad as it is.
Therefore, you can expect the falls, as the figures come through over the next few months to increase and I’m sure you can do your own sums as to where the property market will go if this continues through into the middle or
end of next year, or even Beyond, who knows.
The banking trade body, UK Finance released their forecast for 2023, predicting that the number of property sales will fall 21% from 1.2 million this year to 1 million over the next 12 months, that would be quite a conservative
figure actually, because the average in the UK is around a million a year, the previous year was higher than normal because of the buying frenzy created by the stamp duty holiday, which for many people, will have catastrophic
consequences because there are many people out there who got caught up in the frenzy and overpaid,  but that’s another matter.
It also suggests that the value of lending to homeowners will drop by 23% and lending to landlords will fall 27 % now the mortgage market is still very volatile and for those who’ve watched my previous videos a month or two ago, I was saying do not fix at this point in time, wait and see what happens with interest rates, wait to see what happens with the OBR report and the reaction when it is digested. I believe the gap between the base rate and the fixed rate deals is too high, with the base rate currently at three percent, although the bank of England is due to meet again on the 15th and it’s expected that interest rates will rise by another half a percent
The gap between the base rate of three percent and the average fixed rate mortgage which is around six percent, give or take half a percent is quite large and there is room for that to settle down and we need to see how things are going to go. I would strongly urge you not to tie yourselves into anything at this point in time, because although I do expect interest rates to rise further, they won’t be staying high for three, four or five years, so you may gain in the short term, next year and halfway into 2024, but probably by the end of 2024 you will see interest rates fall way below where you have fixed at, and you could lose out in the longer term, hence the reason as I previously pointed out, that many of these lenders with their five-year fixed deals have sneakily increased their early settlement figures to as much as seven percent.
I have seen this and it is horrendous and it’s not actually displayed in a place where you would notice, it’s hidden away in the small print which is atrocious to be perfectly honest, so you need to look at not just the interest rates but the early settlement figure. I think the coming year will be a challenge, in the meantime as I’ve constantly maintained, if you are a first time buyer be very, very careful, especially if you are buying new. I do stand by my my advice that if you’re a first time buyer, looking at buying a new property at the moment, if you can, I would hold off, because my greatest concern for you is that if you buy a new property now where the market is, you could be in negative equity for years and that could be catastrophic, especially if your circumstances change job, career, life, whatever it may be
If you’re a next time buyer, there’s absolutely no reason not to move, however take note of any fall in price that you may accept on your own property and don’t forget to reflect that on the property that you’re buying, not in pounds and Pence, but in percentage terms. If you do that and you’re say moving upwards, you may find that you may even benefit from the fall because a 10% drop on £500,000 would be £50,000, a 10% drop on £800,000 will be £80,000 for example.
The ones who I am most concerned about are first-time buyers, I don’t want to see you signing yourselves up with negative equity.  If you’re under 40, you won’t remember when this happened 30 odd years ago when there were people who bought in 89 who were in negative equity right up until the mid 90s and I would not like to see that happen to you.
Anyway, as always if you have any questions feel free to email me in the meantime and I’ll see you in the next video.
0 0 votes
Article Rating