Renovation project in the Welsh Valleys 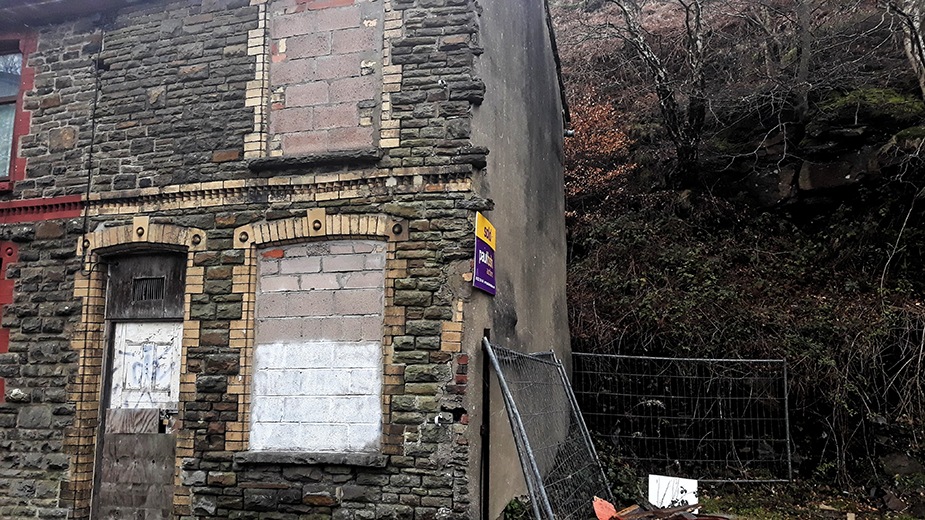 So after months and months of being stuck in limbo with another property, I finally got a sale and now I’m ready to move on to the next project (or projects  as I actually have several in the pipeline). With all the changes in law that have put Landlords at such a disadvantage, after more than 20 years of renting, I have decided to change direction.  I have no problem with measures designed to safeguard tenants, after all, I do blame a certain group of Landlords for all the bad press that we have received as a whole, but even so, it has gone too far.

The sad fact is that the laws have been designed to put small & medium Landlords at a disadvantage, yet those very same laws do not in some case apply to the wealthy investors and housing associations (which are little more than a an organisation formed by a group of landlords)

This purchasing second properties now pay an extra 3% stamp duty, ON TOP of whatever they would normally pay, yet surprise, surprise, those purchasing 15 properties of more are EXEMPT!

Anyway, I have on more tenant to go, who will need to be evicted through the courts and I will be done with ASTs (Assured Shorthold Tenancies) If I do keep any property for rental income of any form, it will either be Airbnb or I will rent two rooms as house share, allowing me access to the house as and when I like, but for the main part, I want to renovate and sell, because when the full implications of the current changes take effect, I am expecting thousands of Landlords to bail out.

So, moving on from there, I’ve been on the lookout for suitable renovation projects for ages. There are many parts of the country that are very risky at the moment, for example property in London has been falling for well over a year and with the higher figures and the amount that would be paid due to the additional Stamp Duty rules. I also feel that property in London will fall much further as Landlords facing the full force of the changes in what they can claim in interest will mean that many higher rate Landords will see the amount the need to pay on account rise from the tens of thousands to six figure sums in some cases!

On the flipside of that, buying in cheaper areas poses the risk of buying property that will never be in demand, will never achieve a premium and could take a long time to sell.

Therefore, I have decided to take very tentative steps as I change direction. I am of course looking for the best deals but most importantly, at prices that will not need any financing that would leave me at the mercy of the banks.

This property is near Pontypool, a few miles north of Newport. This is actually more work that I would normally like, but at the price, I could not resist it. It has planning for a 2 storey extension, making it a comfortable sized house in a wonderful location, on the edge of some wonderful countryside, making it desirable to live in or for airbnb holiday letting.

The planning permission expires in June, so there is some urgency to get work started, although I have spoken to the local council who assure me that as long as there has been some groundwork, (levelling and preparation already done) that will be fine, but I will ensure that the footings are done asap, just to be certain, then I can take it slowly, depending on who is available to do work at the best price.

So watch this space and we shall see how this goes. The other properties will be straightforward internal renovations, Electrics, Plumbing, Windows, skimming, Kitchen & Bathroom. I will post the progress of other projects as I go.