Labour to allow private tenants to buy their rented homes! 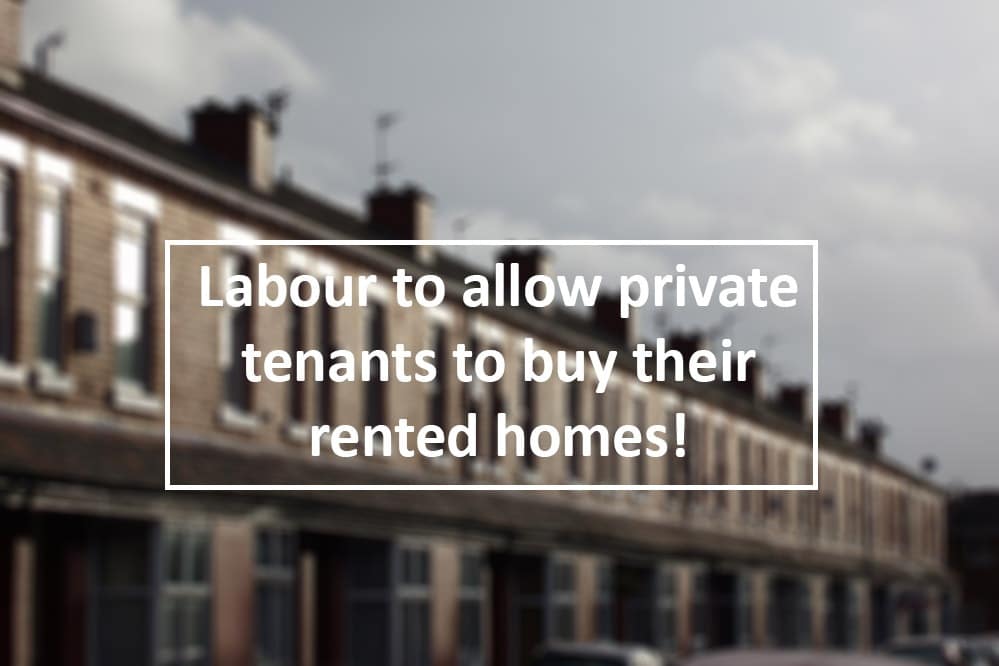 The Labour Party could bring in a radical “right to buy” scheme if it gains power at the next general election which could help millions of private tenants in the UK to buy their rented homes at a reasonable price, the shadow chancellor has suggested.

John McDonnell is promoting the idea as a way to make it easier for workers to buy the homes they live in, while also tackling what he calls the “burgeoning buy-to-let market” and the problem of landlords who do not maintain their properties.

In what would be a day of reckoning for many of Britain’s 2.6 million landlords, the mooted right-to-buy scheme in the private housing market would echo Margaret Thatcher’s policy of the 1980s relating to government housing, under which millions of council tenants bought the property in which they lived. Mr McDonnell set out some loose guidelines for the Labour idea – first suggested by Jeremy Corbyn during his 2015 bid for leadership of the party – based on the premise that the sum paid by tenants wishing to buy their dwelling would not necessarily be the market price.

“You’d want to establish what is a reasonable price, you can establish that and then that becomes the right to buy,” he told the Financial Times. “You (the government) set the criteria. I don’t think it’s complicated.”

Mr McDonnell suggested the plan would be a way of redressing problems such as landlords refusing to invest in their properties while making a “fast buck” at the cost of their tenants and the community.

“We’ve got a large number of landlords who are not maintaining these properties and are causing overcrowding and these problems,” he said.

Mr McDonnell also detailed a bold share transferal proposal, under which a Labour government would confiscate some £300 billion of shares in 7,000 large companies and hand them to workers, in what would be one of the largest ever raids by a government on the private sector seen in a western democracy. Under that plan, every company with more than 250 workers would have to gradually transfer 10 per cent of their shares to their employees, the paper said.