Should I refix my mortgage now 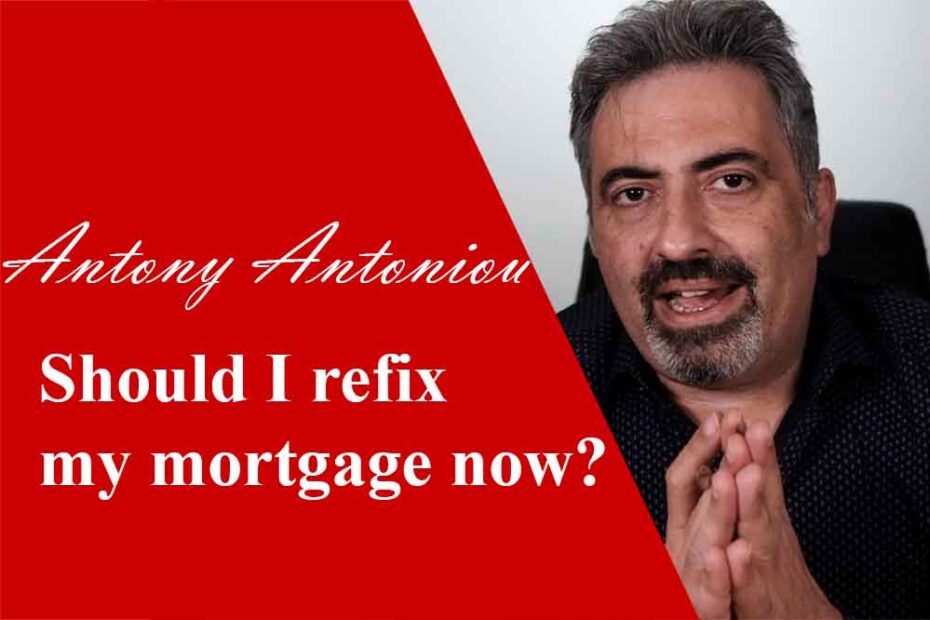 Should I refix my mortgage now

I have had so many questions from people asking this very question, but even though it’s not my place to advise, there are things that I would like to point out to you. Firstly, as we all know, more than half of the mortgage products on the market were recently withdrawn, some of which are gradually returning, albeit at higher rates, which was inevitable. However, all is not as it seems. Whilst I was conducting some research, I came across the early settlement charges from ‘The Mortgage Works’ and I was shocked!

They are now charging as much as 7% for overpayments, yet this significant change (up from 2% previously) is not where it should be, displayed prominently for all to see, I had to search for it. Whilst I have no doubt that most brokers would point this out, I am also certain that the vast majority would simply mention it, resulting in people signing themselves in to this unreasonable deal (to say the least)

Whilst I am on the topic of mortgage brokers, let’s pick on them today! So here is my question:

“Why are more than 1.8 Million fixed rate mortgages ending over the next year or so?”

Or rather, why is it that anyone who bought between the lockdown and Q1 or Q2 of this year, were not strongly advised to secure a fixed rate of AT LEAST 5 years? I know from experience, most brokers actually discourage their clients from taking longer deals, normally sighting one excuse or another, with the words “we can re-visit this in a couple of years”

Between the lockdown and earlier this year, the base rate was 0.1% the lowest in history, due to a once in a lifetime pandemic, it was obvious that they could not go lower, but there was every reason for them to go up, in fact, the only way for them to go was up. So why then, didn’t most brokers ensure that their clients were aware how important it was for them to fix for a longer period? As far as I am concerned, a broker does not only have a burden of responsibility to ensure that their clients can afford their mortgage for the next couple of years, but to endeavour to ensure that they could afford it the year after that and the year after that.

Therefore, for many of those who bought recently, now facing the prospect of their fixed rate ending in the near future and their rate more than doubling, the blame rests firmly in the lap of the brokers. As far as I am concerned, there has been a gross misconduct of their position, where this is concerned. I am not saying that what they really want, is clients returning every two years, so that they could pay another feel, perish the thought, but there are without a shadow of a doubt, hundreds of thousands, if not millions of people who could have been sitting back in their new home at this very time, not worried in the slightest about the change in rates, yet they are not, and who’s fault is that?