Why they are lying to you 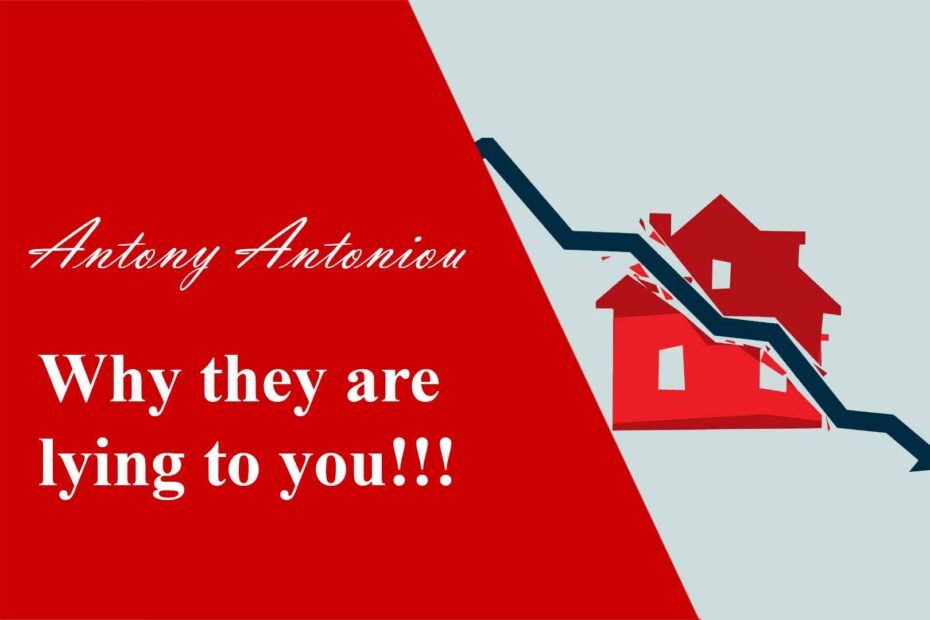 Why they are lying to you

Despite the financial tsunami that has hit homeowners and buyers over the last few weeks, just about everyone connected with the property industry is still persisting with their narrative that the market is broadly unaffected. When the market turns, the first indication is not just the reduction in asking prices, as most people initially tend to dig their heels in and refuse to drop, although those who desperately do need to sell, may do so.

This is the state of the market according to Rightmove:

Are house sales falling through?

In times of economic change or uncertainty, it’s possible that people will reassess whether big purchases they’d planned on making still make sense for them. So if you’re currently in a property chain and waiting to move, you might be concerned about what’s going on with the moving plans of other people in the chain.

But in the past two weeks the number of sales falling through have remained at an almost identical level to the more ‘normal’ housing market of 2019. And for the most part, people aren’t pulling out of sales that have already been agreed.

Are people still putting their homes up for sale?

There’s also been lots of speculation about house prices and what might happen. And there was a chance we could’ve seen more people put their moving plans on hold, opting to wait and see what happens.

But compared to the two weeks before the mini-budget announcement, we’ve actually seen a slight  increase (4%) in the number of new properties being listed for sale. This is positive news for those looking to move, as there’s a wider choice of potential homes to buy, and it should help to slow the rate of house price growth.

In the past two weeks, we’ve seen a very small increase (1%) in asking price reductions, compared to the previous fortnight.

The number of homes for sale with price reductions – currently 23% – is significantly lower than the average we saw during the five years before the pandemic, which was 32%.

I would say that this is a very calming point of view, designed to play down what is really happening, perhaps Rightmove are more concerned with the fact that their shares have fallen from their 52 week high of £810.00 last December to as low as £437.80 last month.

They know that sales agreed in the last few weeks will take a few months to progress to completion, then it will be at least another 3 months before the figures are published on the Land Registry, for all to see.

In the meantime, developers have started to offer incentives, including cash-back, rather than reduce their asking prices, knowing that the incentive will not be recorded on the Land Registry, only the agreed selling price, but this veil of deception cannot continue for ever.

In the meantime, agents throughout the country are desperately trying to hold sales together, doing their best to reassure buyers that they are not paying too much, whilst Rightmove knows from bitter experience, that many estate agents in this over-serviced industry will begin to close their doors over the next few months, resulting in their high monthly fees paid to the portal will end.

On the fringes of the industry are various associations, journals and industry experts, who are all financed by Estate Agents, so where do their loyalties lie?  I

I would argue that their loyalties (and their pockets) lie with the industry, who they do not wish to upset, rather than the buyers who may be paying too much in a market that has already seen a fall. If you were to take a quick look on any portal at property in your area, where you are familiar with the prices, you may not notice anything yet, but falling prices do not begin with lower asking prices, they begin with lower accepted offers.

Where does this leave you the buyers?

At this point, we can’t accurately predict what will actually happen over the next 12 months, but those in the industry know only too well, that there are certain localities that will be taking an immediate hit and certain buyers who should not be signing up to anything, until the reality becomes clear.

There are great swathes of the country that will be largely unaffected, a large part of Wales has not experienced any form of a price bubble, just steady growth, along with much of the North East and North West, however, there are certain pockets that were definitely due a fall before the current crisis. Certain parts of Cornwall have experienced an exponential degree of growth, as a result of a frantic buying spree, by investors from the South East, many of whom may now be struggling to pay for these properties.

Next time buyers could also be unaffected by a falling market, provided that they are told the truth and base their decisions on what to buy and how much to pay on accurate information.

First time buyers on the other hand, should definitely pause, at least until the middle of next month for now, why?

The OBS report is due on the 31st of October and most experts agree that it may take the markets a couple of weeks to digest the information, plus the next scheduled Bank of England Monetary Committee is on the 3rd of November, with further rises predicted.

If you are a first time buyer, in the process of buying a new property with a small deposit, think very, very carefully before you proceed. As it stands, you could find yourselves in negative energy for a long time.